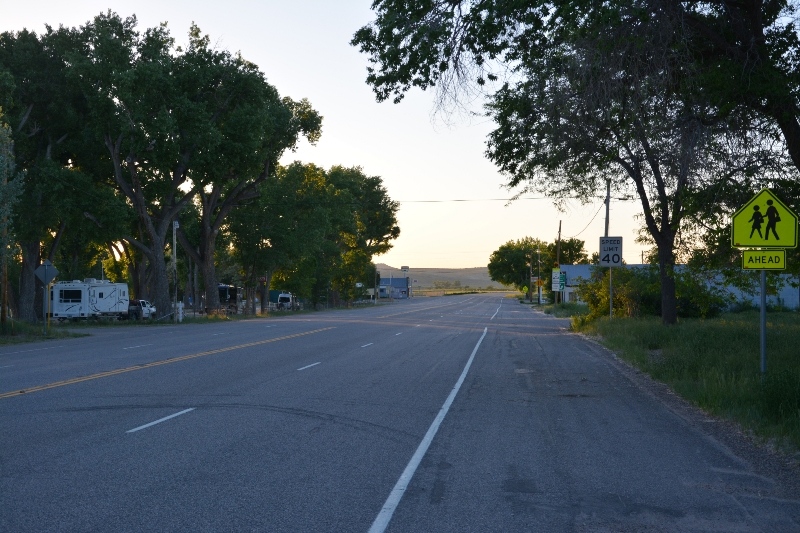 Today was an easier ride mostly following the Yampa River on a gentle uphill slope.

Maybell Colorado holds the record for coldest temperature in Colorado. While it wasn’t close to that, it was still a cold morning and time to put on my long fingered gloves. Otherwise, quiet sleepy little town as I left in early morning. Though, I suspect it would also be a sleepy little town later in day as well.

At three miles crossed over the Yampa River and then followed a drainage up. It was open sagebrush country and fortunately not too much wind. At 12 miles was Lay and then a few miles more and we left this drainage. I could see a large power plant for Craig in distance and last miles into Craig had a good downhill to the Yampa River. Picture below of antelope was taken along the way. 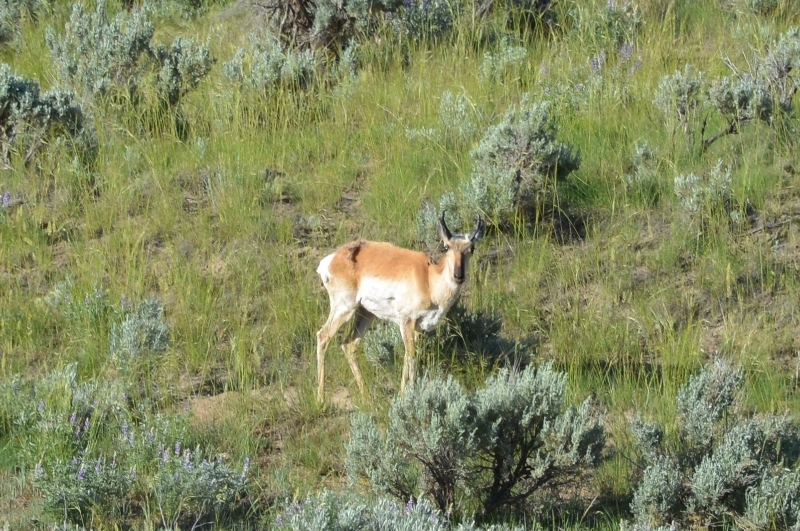 In Craig, I stopped for breakfast and then cycled through rest of town. There was a woodcarving exhibition going on in main park downtown. After this and for rest of the day, followed the Yampa River. I had actually cycled the same route one year ago with bicycle tour of Colorado. It was fairly easy riding and only few small hills. 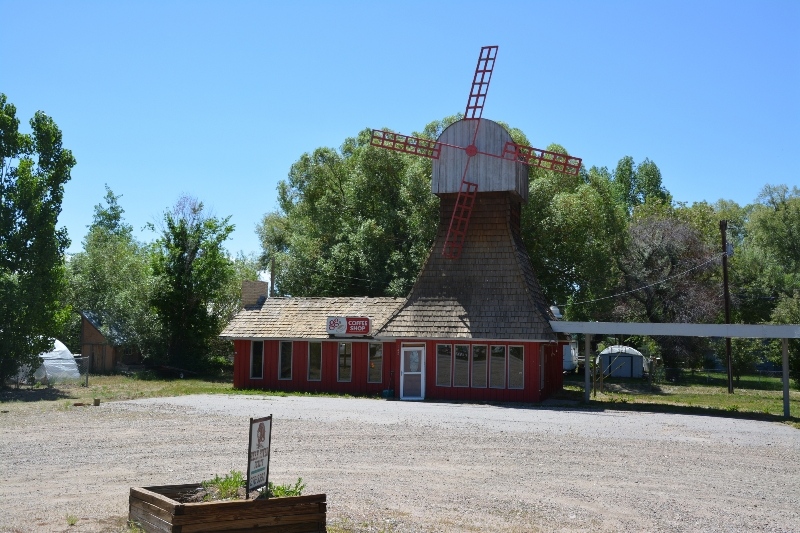 At 48 miles was town of Hayden and another stop. Outside Hayden was a coffeeshop for sale, shaped like giant windmill. After this the last few miles brought me to Steamboat Springs. The main street was closed off with several hundred Mustang automobiles on display. I also stopped through bike shop since my rear brake was starting to make noises that the pads had worn to metal. Fortunately, able to fix this before larger descents in days ahead. 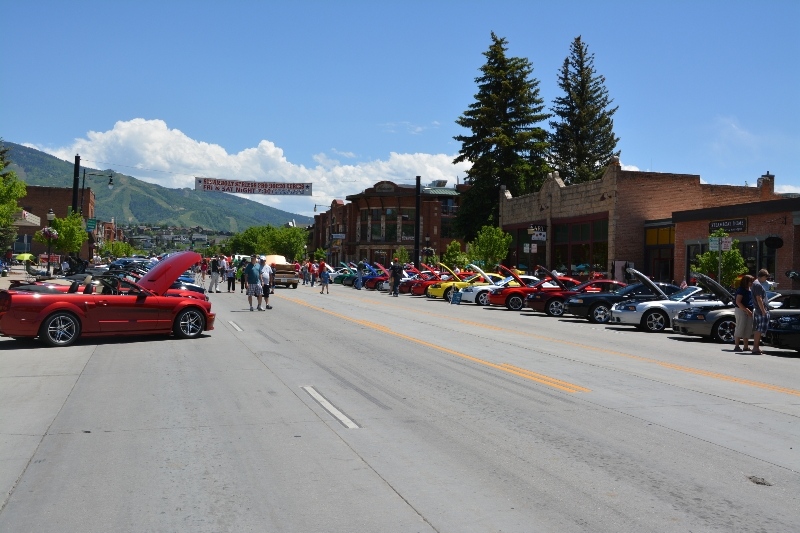