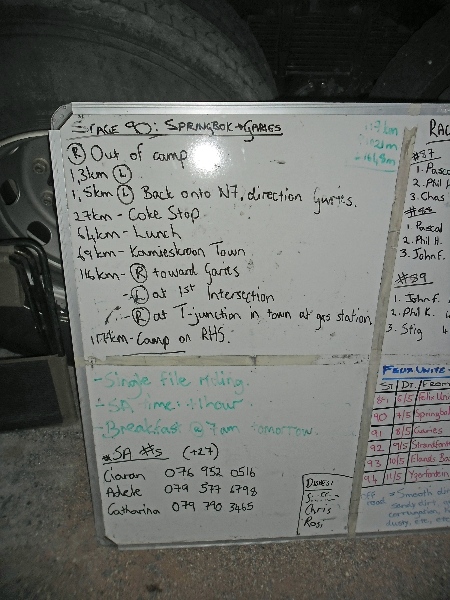 Good roads and more downhill than uphill made for quicker cycling today. It is dry here though I can almost imagine the bushes being slightly taller than before. Our ride board indicated 1000m of climb and 1600m of descent so hilly but at least the right direction.

I was on the road early and fortunately it was warmer than the day before. We started right away with a climb and then several descents on the N7 highway. My brakes continued making some noise and that increased through the day. Trucks came past and with just a few exceptions gave us reasonable room. There was a bright yellow truck that honked and passed awfully close and remember as being rather rude. 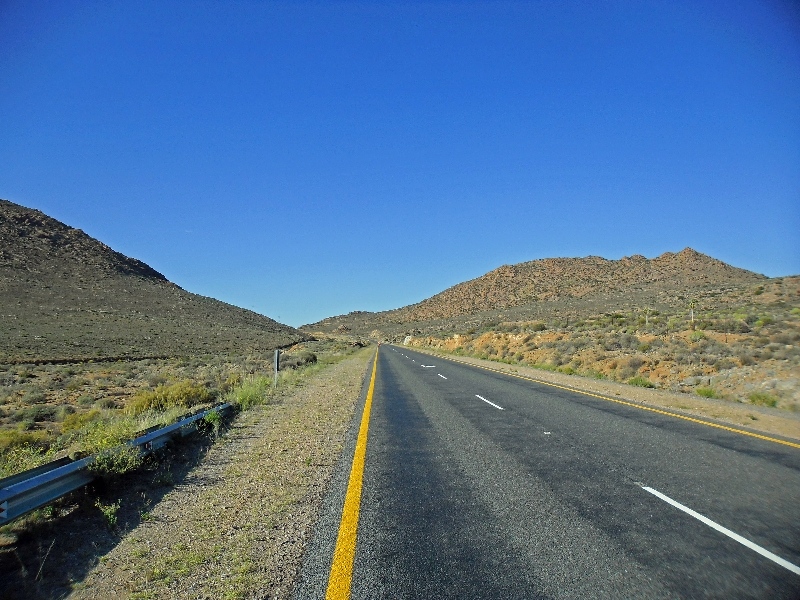 There were few towns along the road and these were well separated from the N7 through highway. So one needed to make a concious choice of whether to go into town or not. The largest was at 69km but I’d just had lunch at 64km before that. Had some good descents near 30km and a good climb near 50km.

After lunch some more rolling hills. You could often see several bumps ahead. Coming into Garies we had a good 6km descent and my brakes definitely made noise then. Fortunately after the ride, JJ replaced my brake pads (third set, good thing I brought these along) and much better after that.

Garies is a small town with a few shops on the main street. I could however find a SIM card and get the phone updated to make some web updates. While doing that noticed that we had crossed the 30th parallel of latitude today and hence are now further from equator than both Cairo and Austin. 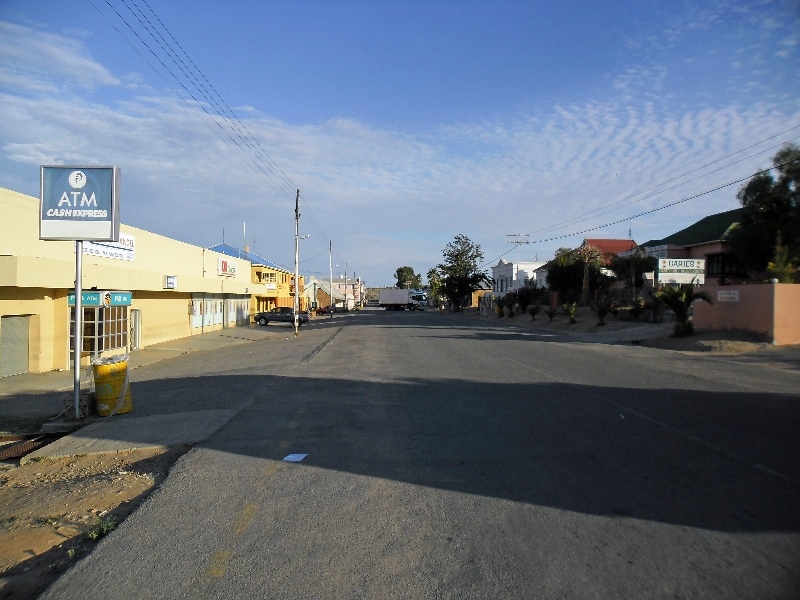