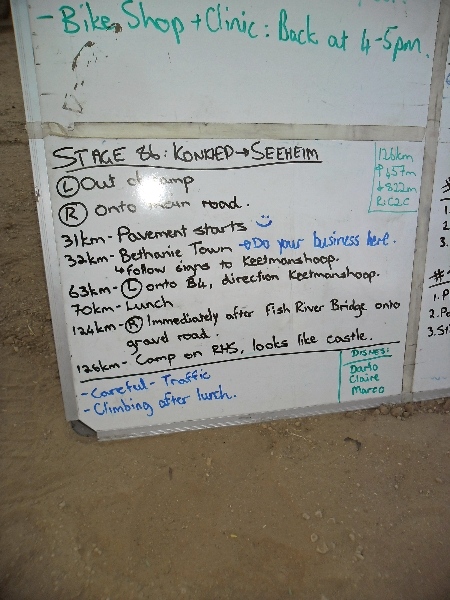 An easier day today after two tough days riding. The gravel was smooth and after 31km we had pavement for rest of
the day. In return the scenery was more distant as we stayed away from the hills. 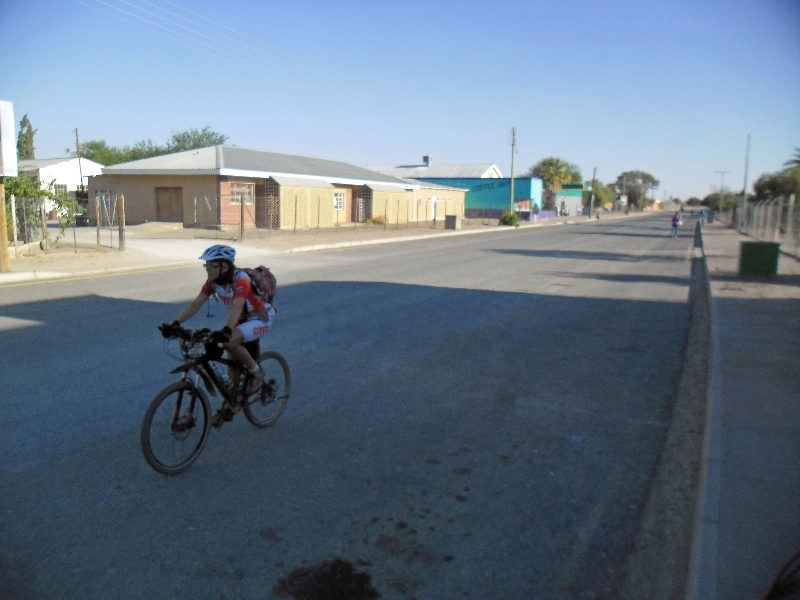 I was among the last to leave camp, but feeling strong on smooth gravel so zoomed past a number of others. Tailwinds!
I could easily push well over 30km a nice contrast from soft gravel cycling before. Just past an hour came into Bethanie and start of pavement. Bethanie had two huge churches, some stores including one with ATM inside. Stopped in for ice cream for breakfast.

After this back on the road where tailwinds kept up to 63km where we turned. Along the way one of the riders had marked the 10,000km point. 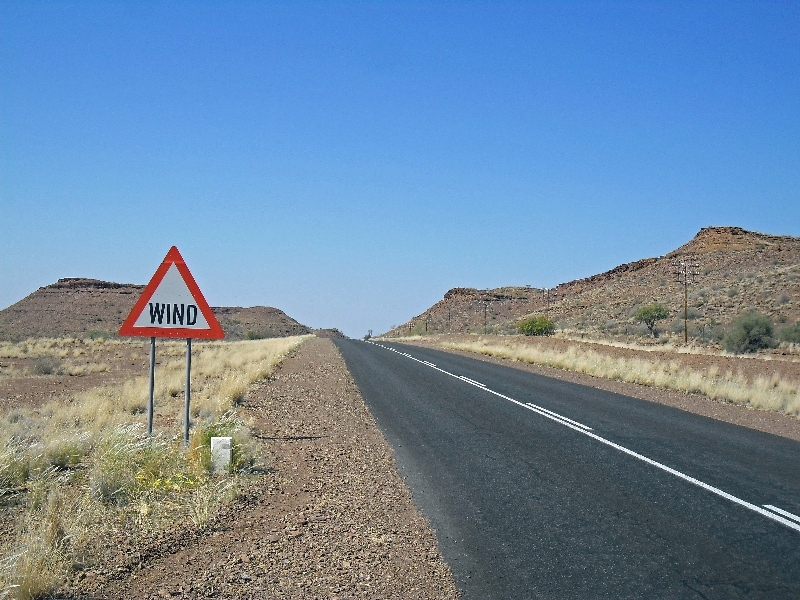 At 63km we turned east and for rest of day it was cross winds with occasional headwind and tailwind. I stopped for lunch at 9:15am at 70km and three days earlier than day before. After this a few hills to cross and some riding on top of plateau. Our last 10km were mostly descent to a river. We crossed a larger bridge and then turned right into Seeheim camp. This was former site of a railroad stop, and now looked a bit like a castle. 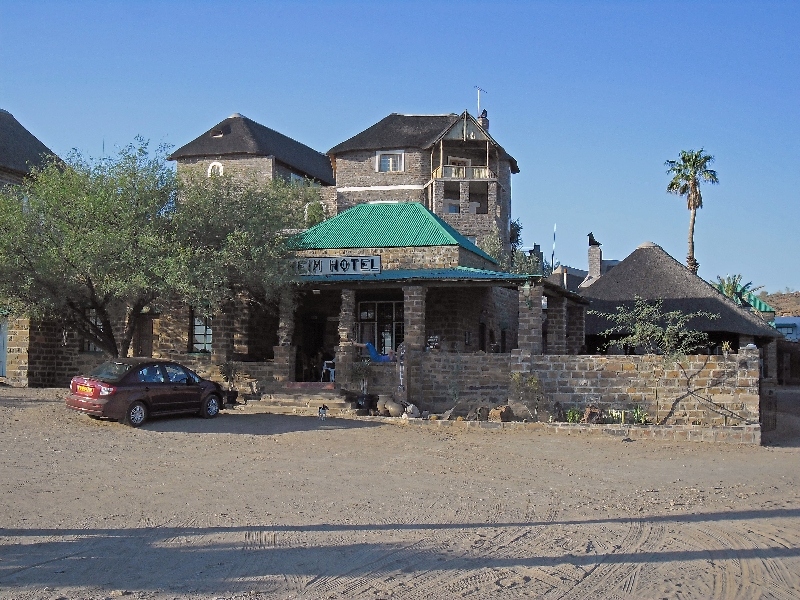 In evening I did my dish duty (last for the trip) and got to bed early.