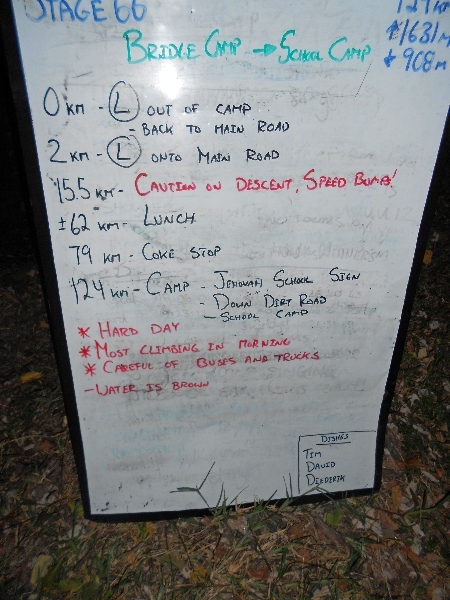 Today a climb away from the Luangwa River and then across some hills. The landscapes in Zambia are still similar with
trees, villages and crops. However, some more hills today.

Our camp last night was all tightly packed. Some of the riders had arranged a floating trip on the river. I stayed
back and read. Overnight, I tried “elevating my leg” by sleeping going downhill in the tent. That worked, though I
still woke up a few times. I also felt the leg some – so decided to try a slightly longer ride but not quite a full day.

Today was expected to be a tough day (“mando” in 2012 edition but changed this year). With this cue, I decided to ride
the easier half. The first half had more climbing as the route came away from the Luangwa River and then through some
hilly terrain. I took the truck to lunch and we still had some hills and climbing but only a few I needed to go into my lower gears. I’m also finding that the flatter terrain is probably as low impact as walking – but the hilly bits where I push a bit harder on the leg.

We had mostly descent the first 10km from lunch and then we came across the village showning in photo below. Ever since Kenya, we’ve had a number of businesses that have big lettering about “investment”. As best I can tell, this is more a description similar to “incorporated” than truly anything to do with outside investment. At this town, one person wanted to sell me a large mellon (5 kwatcha or one dollar) but I was able to explain this would be rather heavy to carry. 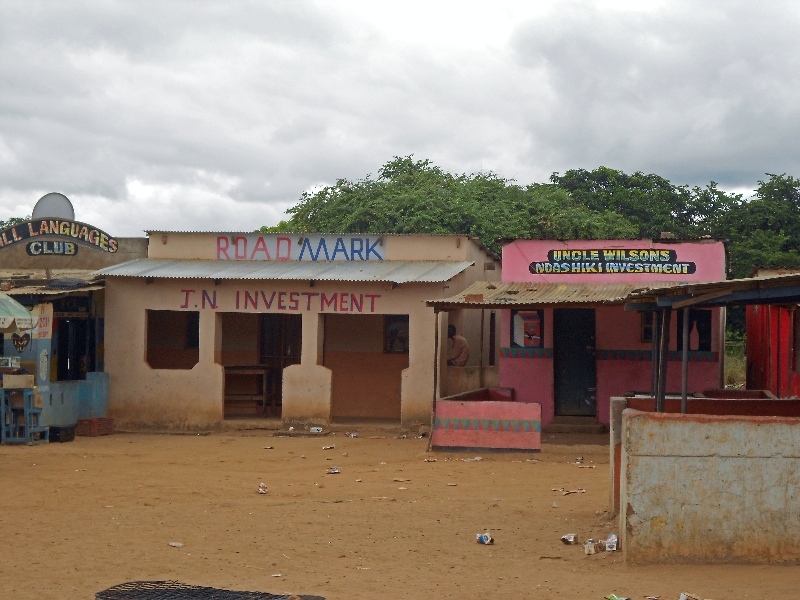 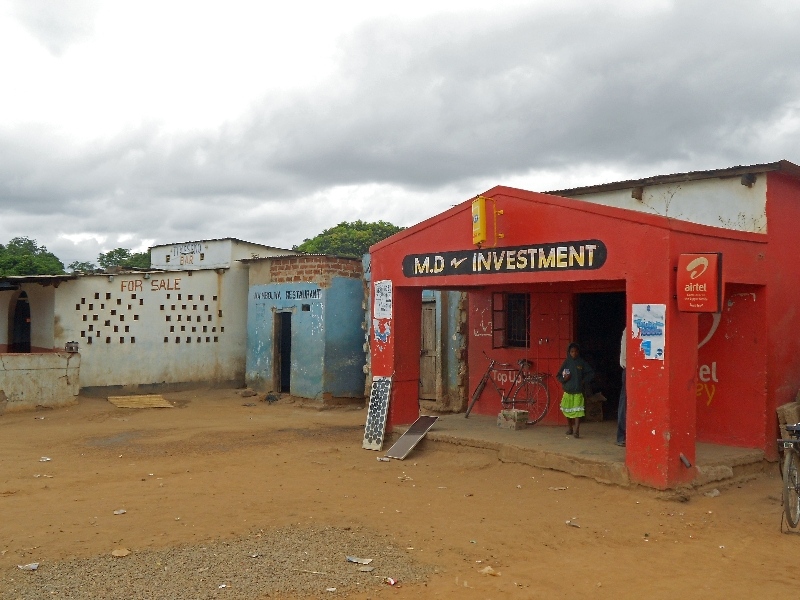 After leaving the village we had a somewhat longer and steeper climb in the next 10km and then rolling hills after that. I could definitely tell I was still getting a workout with this ride. It was nice at the 65km mark to see the signs for a Jehovah’s Witness church and behind it and a school our camp. We were camped in flat soccer field but otherwise good spot to pitch the tent.