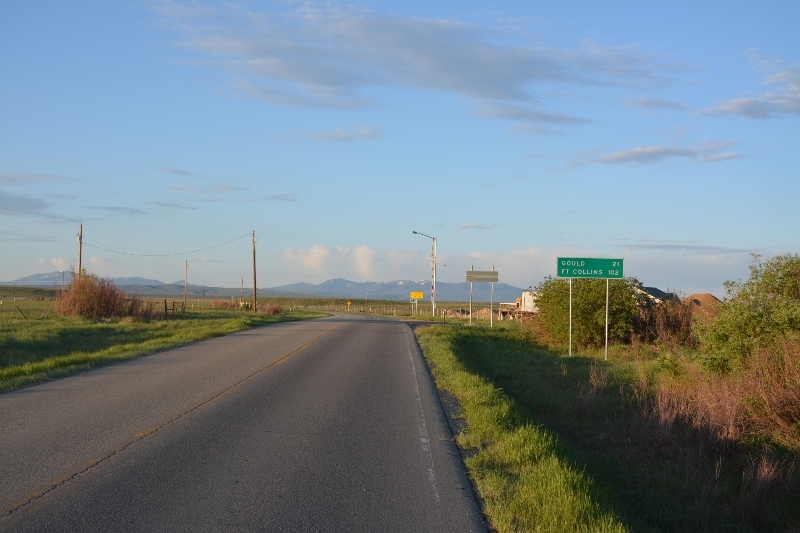 Today I reached Fort Collins and end of my planned epilogue ride. It was a long ride, but also included 5000ft of descent from top of Cameron Pass to Fort Collins.

The gas station was open before six and I got a few things before getting on the road. It was cool temperature but not as cold as I expected. The first part of the ride was mostly flat with a gentle climb from 8100ft to 8900ft in the first 21 miles. I saw some curious cows along the way.

At Gould was a small store and stopped in for brief conversation and a chocolate bar. After this slightly more climbing but also some pretty scenery. 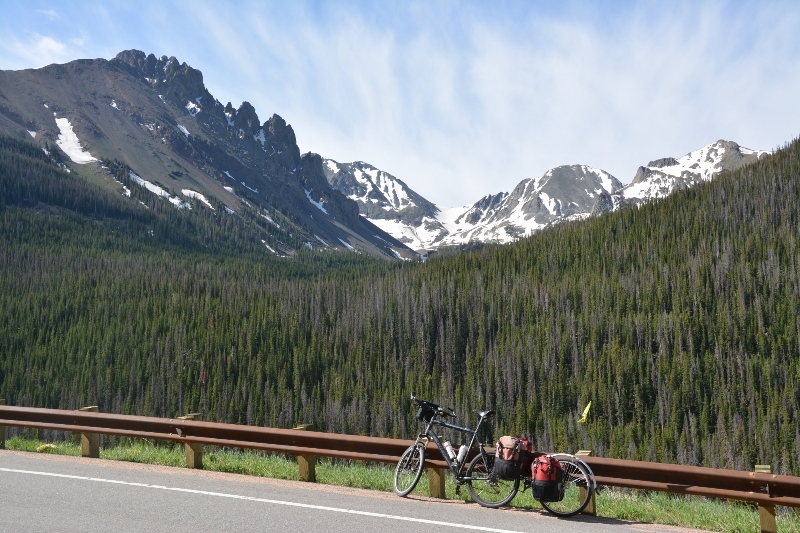 At 31 miles I was on top of Cameron Pass 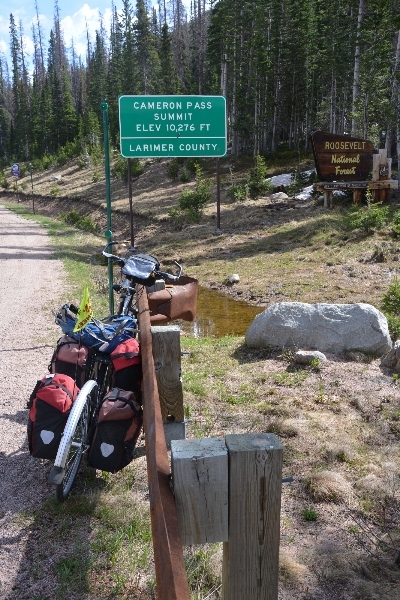 The descent started after that. I remembered the descent though wasn’t as steep as I expected. There was some up canyon wind as well so that slowed things a bit. I stopped for lunch at 57 miles and otherwise kept down the canyon. At the bottom part of the canyon was sections that had been burned by fire last year. 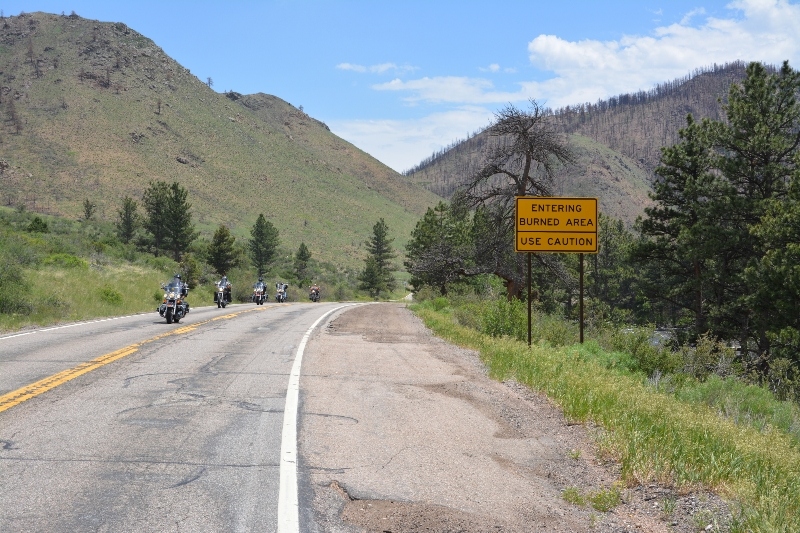 At 88 miles was end of CO 14 and intersection with US 287. I took the back road via Laporte and otherwise cycled through Fort Collins and ended at a storage locker where I had stored things. End of a fun ride that connected Portland with Fort Collins. 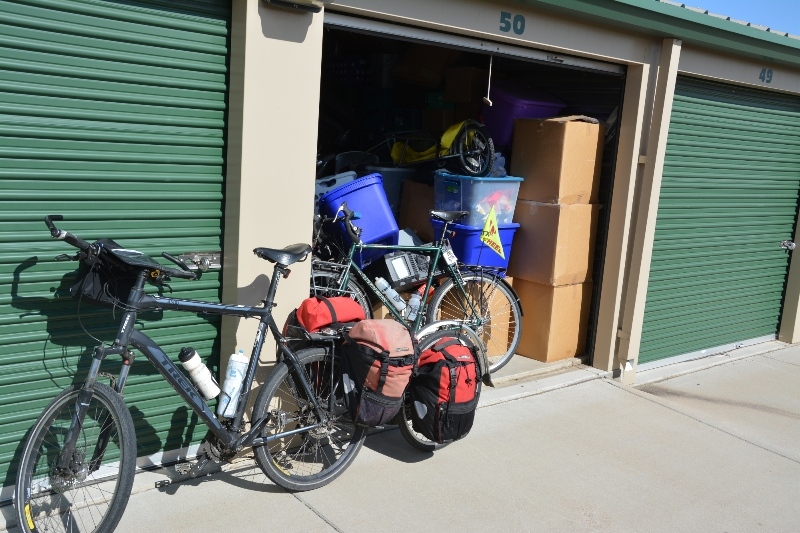