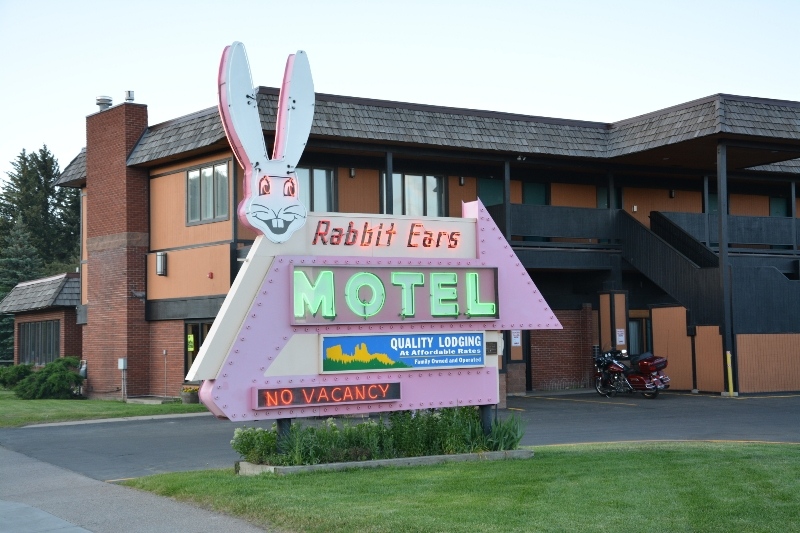 Today was a familiar ride, one I’ve done a few times before including a year ago as part of Bicycle Tour of Colorado. It included riding over Rabbit Ears Pass and then down through North Park into Walden.

I was a little slower getting on the road this morning. It was cool so waited a little for it to warm up. The first seven miles were fairly flat as the road followed the valley. Saw a hot air balloon just lifting off. 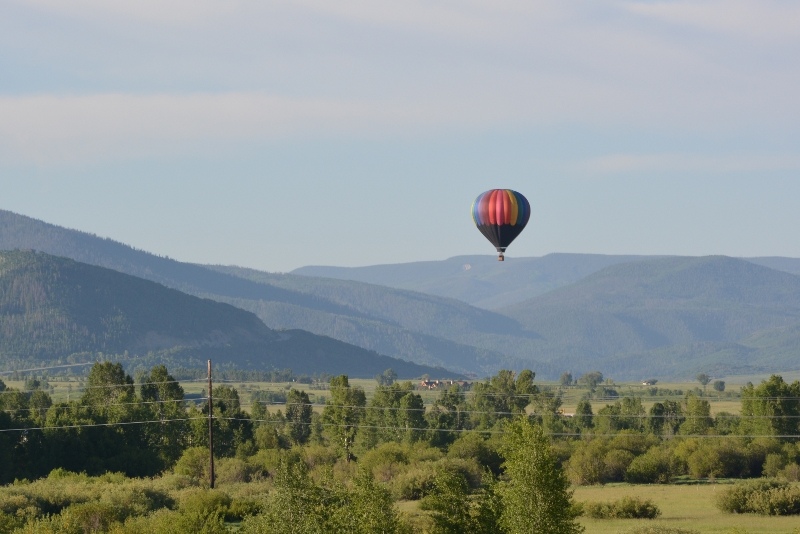 A little past seven miles the climb begins. It was a steady grade and a straightforward climb. I got to the top at 15 miles and was surprised not to find a “west summit Rabbit Ears Pass” sign, though there were signs warning of the downhills and checking brakes. 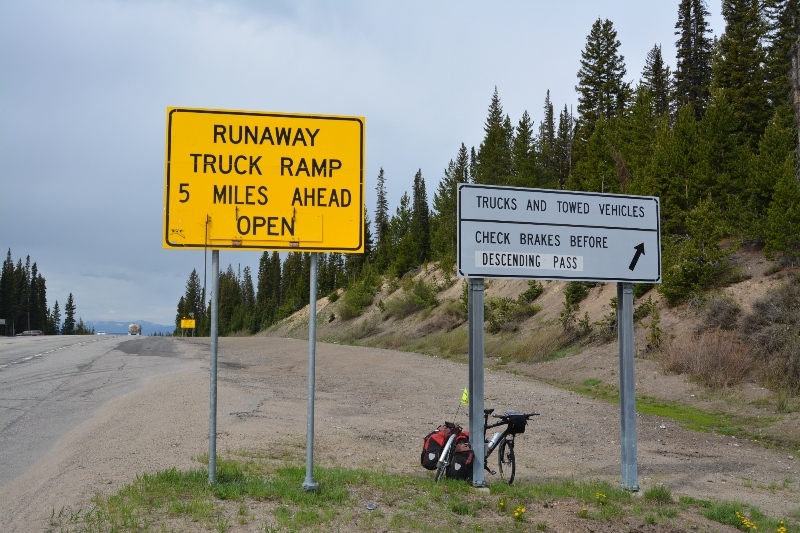 After this the road goes up and down a bit as it crosses over to the east summit at 21 miles. This is the location of the Continental Divide 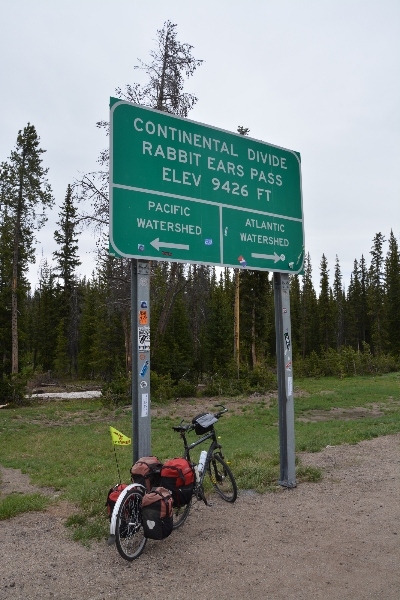 After this, a descent until 25.5 miles. Along the way, you can see the Rabbit Ears for which the pass is named. 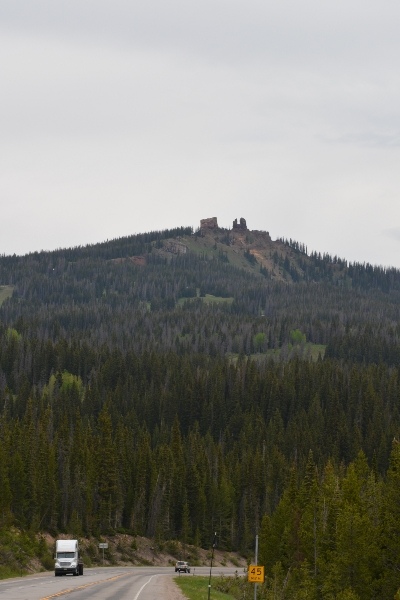 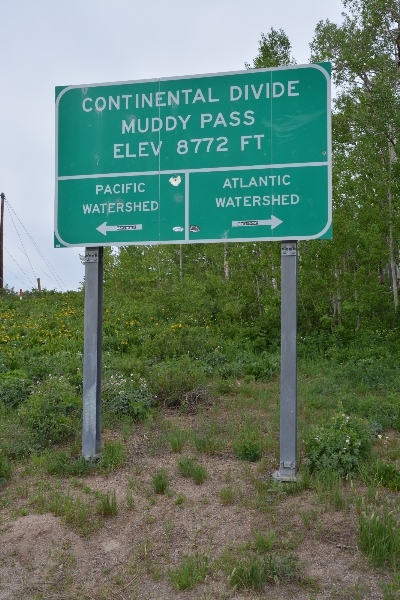 Here the road splits and CO 14 starts with route to Walden and then Fort Collins. 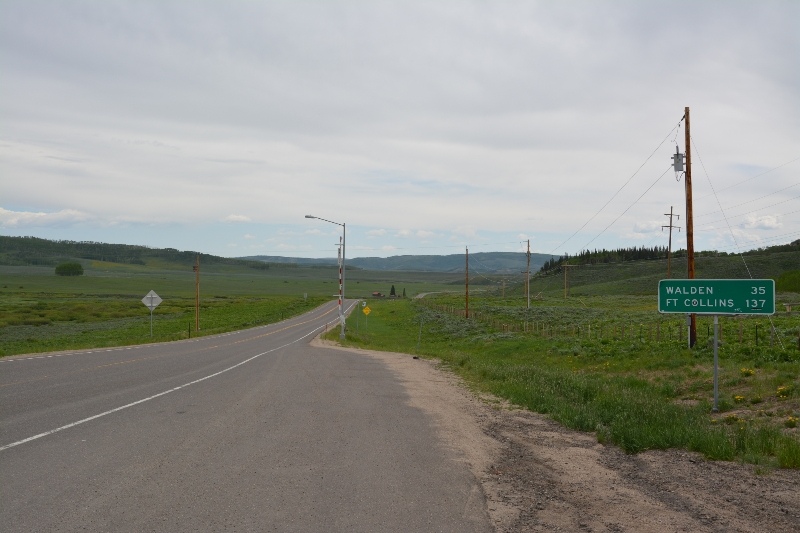 The ride through North Park was reasonable, mostly flat with a few descents. A number of the mustangs passed me coming from Steamboat Springs presumably. It had become overcast and south of me it looked like some rain showers. Fortunately, it was cool but stayed dry. Got into Walden in early afternoon and got a bite to eat before checking into a local motel. 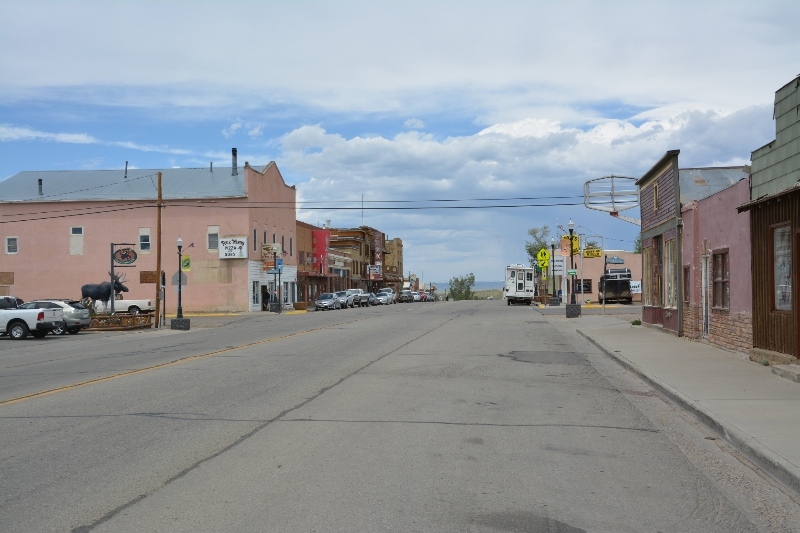