Today was a quiet rest day in Delta. Got laundry done and checked maps for next possibilities. I also bicycled out to the internment camp outside town and then back. Below are some photos from the trip to the camp.

Monument in Delta describing the camp. 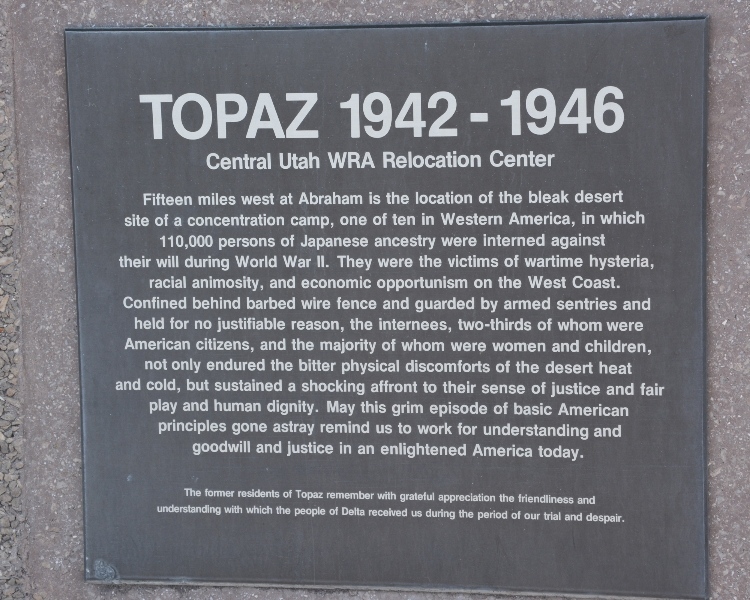 Riding out to camp was ~15 miles of which 10 was paved. It was nice to ride without my extra gear. 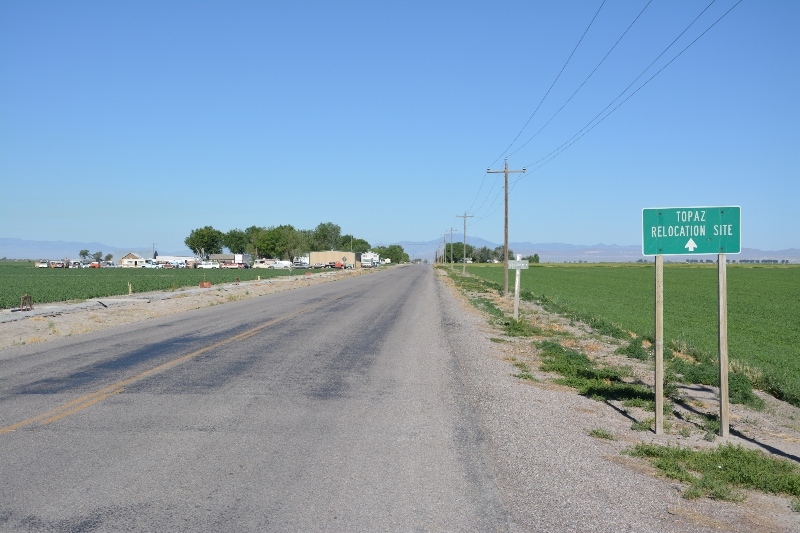 Main entry to the camp. There were black and white signs for various places such as hospital, schools, fire station, post office, military police and also for different residential blocks. 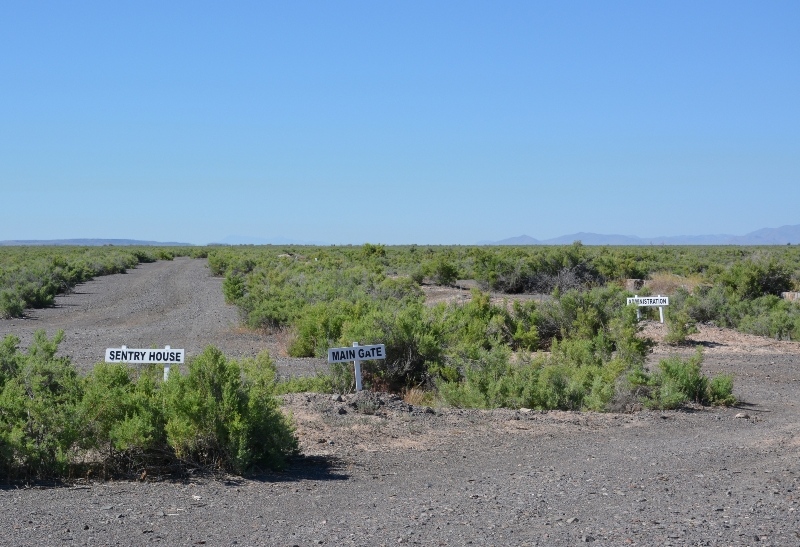 Place where one of the barracks would have stood. Each barracks was 120×20 and there were 12 of them arranged in each block. These were then divided into six apartments. Hence, each block had between 200 and 300 people. There was a dining hall and latrine/laundry building on each block. 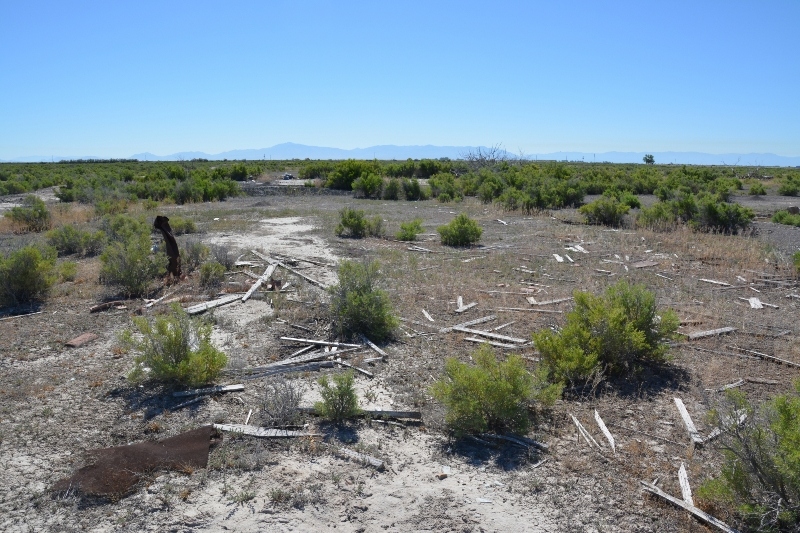 Monument on the northwest part of the site. 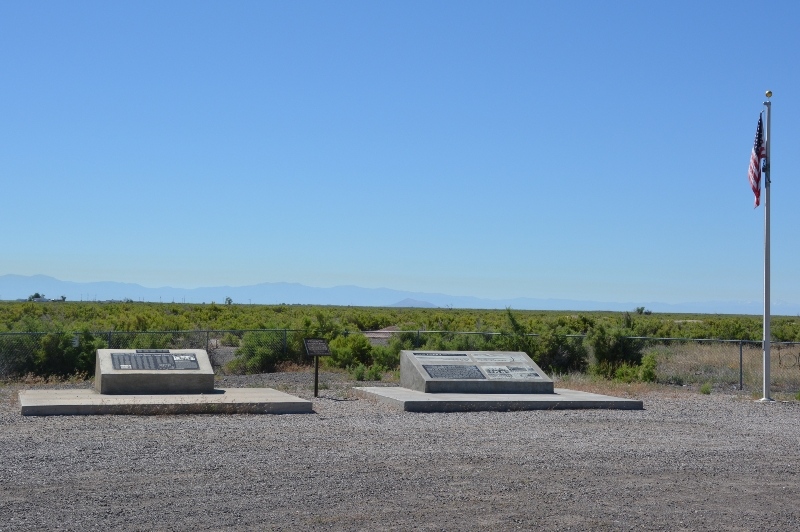 One of the plaques at the monument. 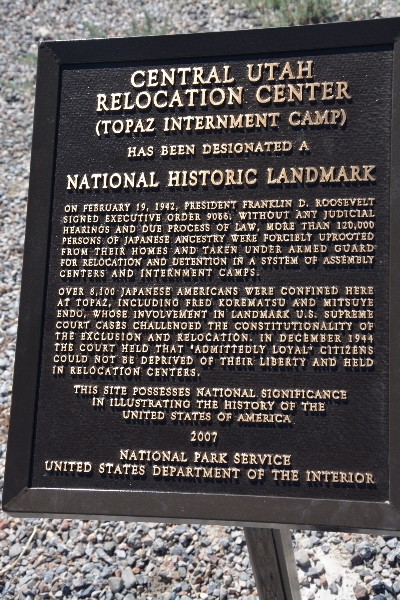 Barracks buildings aren’t there anymore, some have been reused as parts of houses as apparently was done on this house. 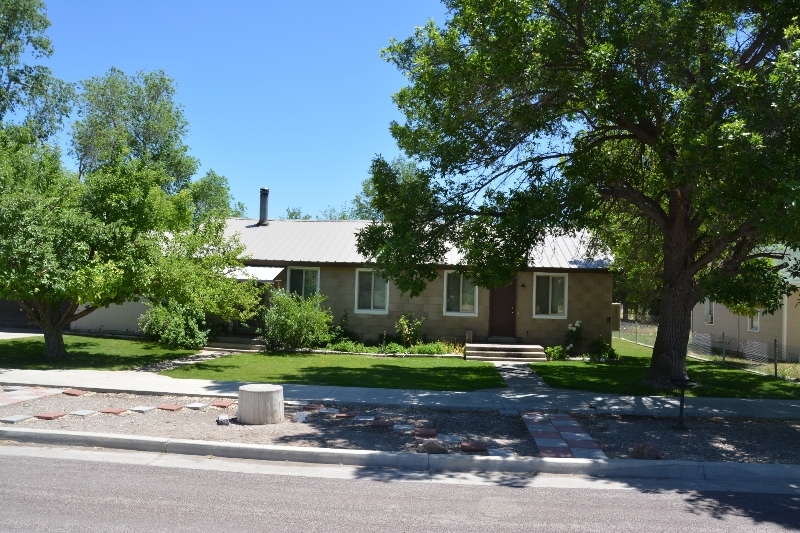