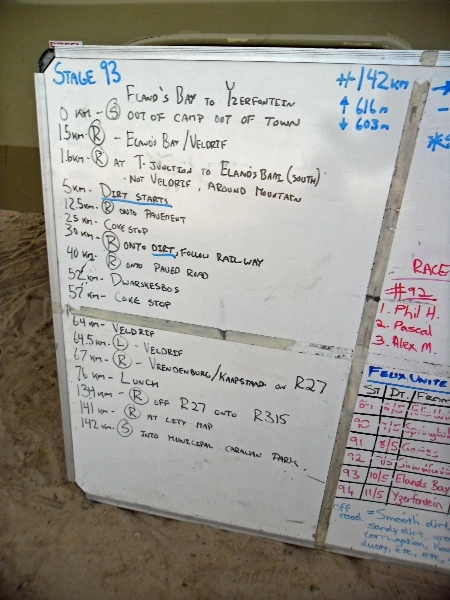 We’re in end game mode now. Tonight is last night camping and plans are being made for our arrival into Cape Town tomorrow.

However, before arrival we still had a 140km stage ride today. We started from Elands Bay and went out to the peninsula on dirt for 7.5km. After this a mixture of small roads including another 10km along a gravel toll road along the railway. This time did see a long train with engines both at front and two places in middle of the train. 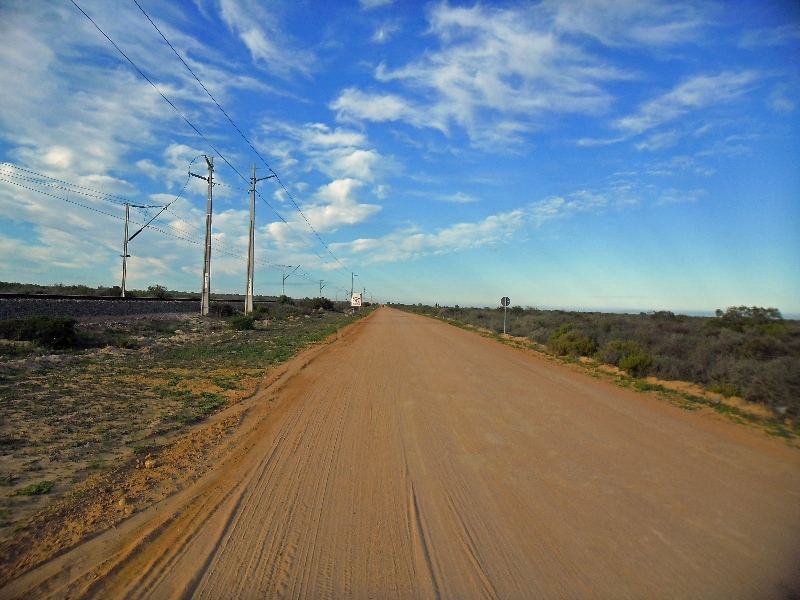 Velddrif was nice town at 60km and stopped here at the bakery. After this we turned right onto R27 road and saw our Cape Town 140km sign. Apparently, we hadn’t originally gotten a permit for the R27 which would have meant a lot tougher riding on gravel. This was a bit strange since the R27 had widest shoulders of any road we had in South Africa. Those shoulders were occasionally used for cars to get out of way for passing traffic – but sight lines were good and was otherwise good smooth cycling. 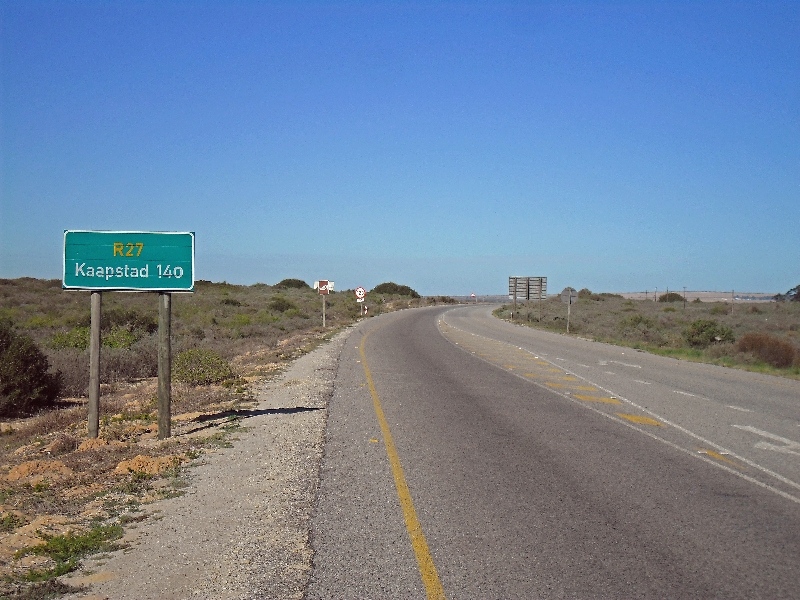 We stopped for lunch at 75km and after this the winds also picked up more. Crosswinds sometimes became headwinds. Not enought to seriously slow things, but enough to keep being a reminder that riding wasn’t yet done. This made the afternoon a bit more of a slog, particularly over a long slow hill and then down the other side. 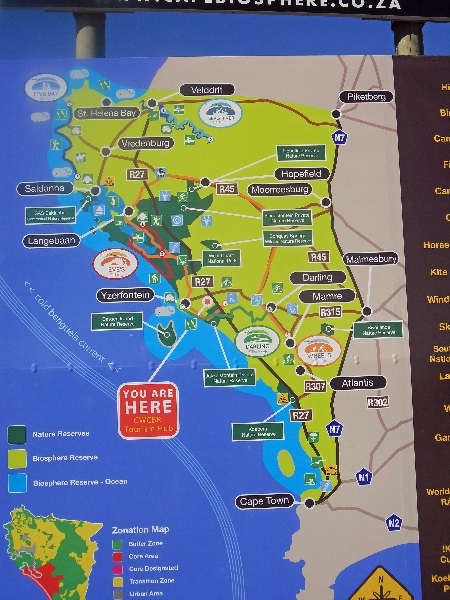 In the distance we could start to see a mesa that was table mountain and backdrop to Cape Town. Yeah! Our last kilometers we turned the corner and went to our last beach town. Here we had extended riding meeting including riders being given informal “awards”. I was given one for always asking if folks were having fun and otherwise being cheerful. It got cold in the evening so into the tent.

I’m excited that we have just another 94km to go and will reach our goal for past four months.