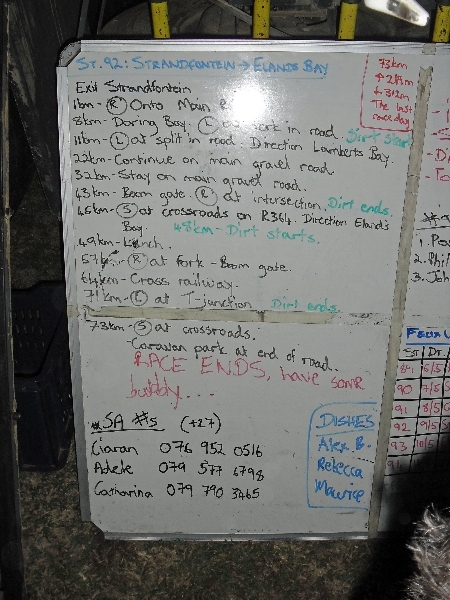 A shorter ride but mostly off road today. This brought us to another sleepy resort town of Elands Bay in early afternoon.

We started with fog on the road and it wasn’t until 9:30am two hours into the ride that first could see a shadow. I climbed back up from Strandfontein and went slow on the road since my glasses would fog up and I could see less. At 10km we switched onto a toll road next to the railway. This road was private and was gravel. This took us through back areas and into next beach town of Lamberts Bay. The road once we past the toll gates was somewhat smoother cycling. A few trucks passed but didn’t see any trains this morning. 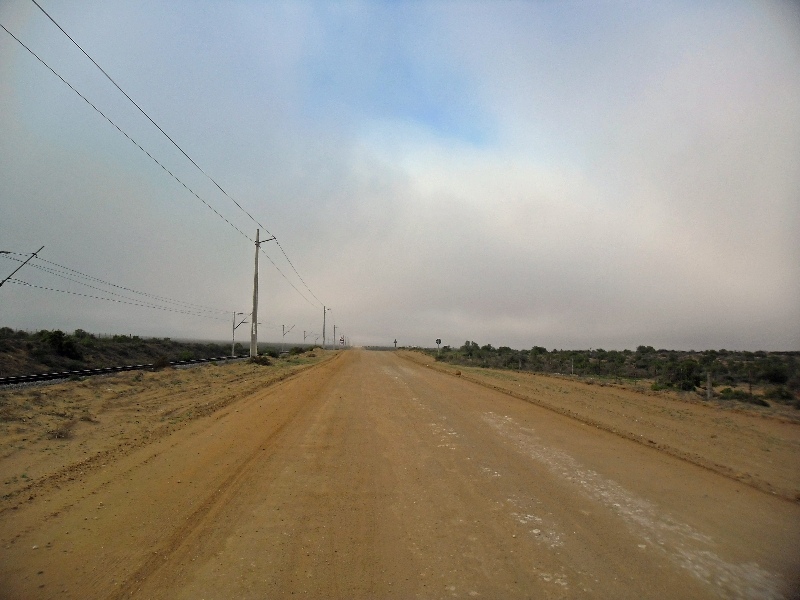 Lamberts Bay at 45km was back to pavement and had a nice coffee shop. At 48km back onto gravel and stop for lunch. The gravel after lunch started rougher again but once past toll gates at better as well. The fog did reappear for a while until almost Elands Bay.

At Elands Bay I clocked in for last official race timing. I’ve been near bottom of race standings and some of those formerly timing there also stopped being part of the race. However, figured I’d started this timing so might as well finish into Cape Town. It does add some interesting dynamics both with the fastest riders pushing to race – but also with others keep riding without stopping. I mostly didn’t worry about that nor my race times but instead used it more like a time card to punch in and out and somebody could see, “yes he is still riding”. 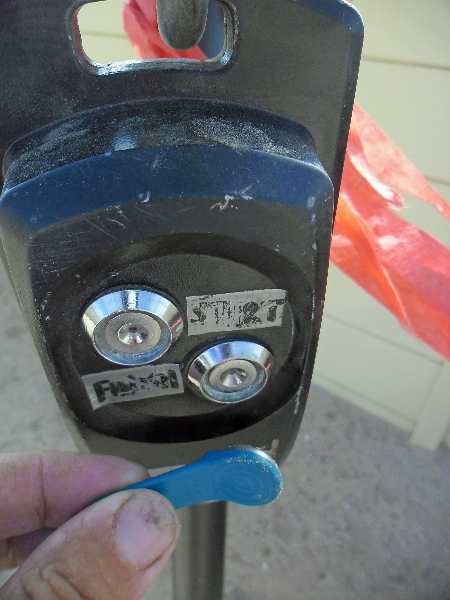 Elands Bay was nice small beach town. It definitely feels like the trip is winding down as folks are thinking ahead to Cape Town and beyond. Still two days of cycling though in South Africa.

At Elands Bay, JJ and Catalin dug a huge hole in the sand. Apparently to be used as a sauna. 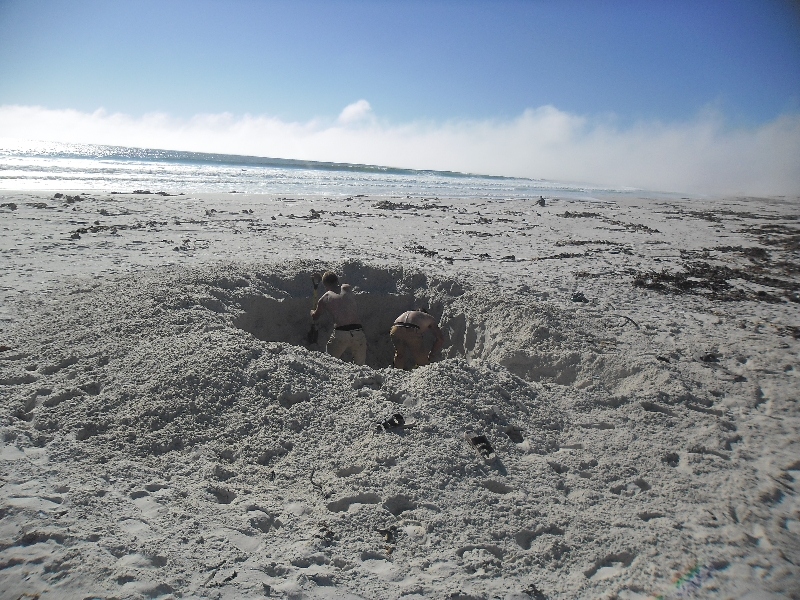 We had a great sunset. 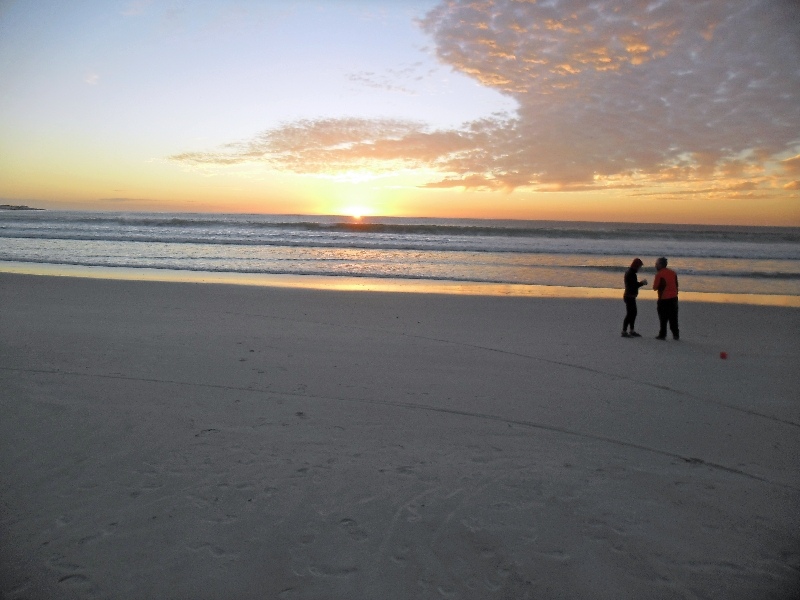