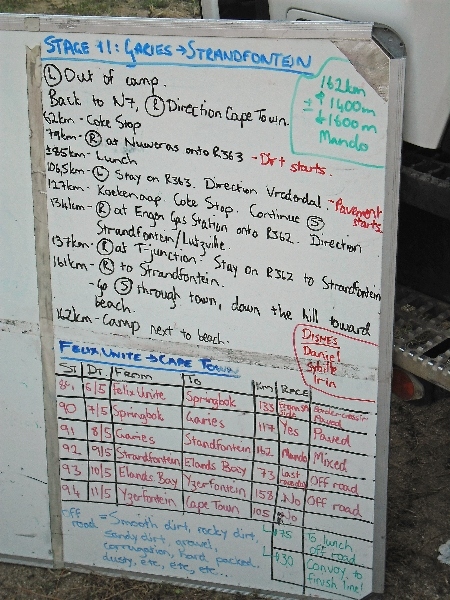 We have reached the South Atlantic and are camped at the beach! Today was a longer and “mando” day and I was happy to finish it. Last night our camp had many goathead thorns. I carefully walked the bike to the pavement and then took a few thorns out before cycling. 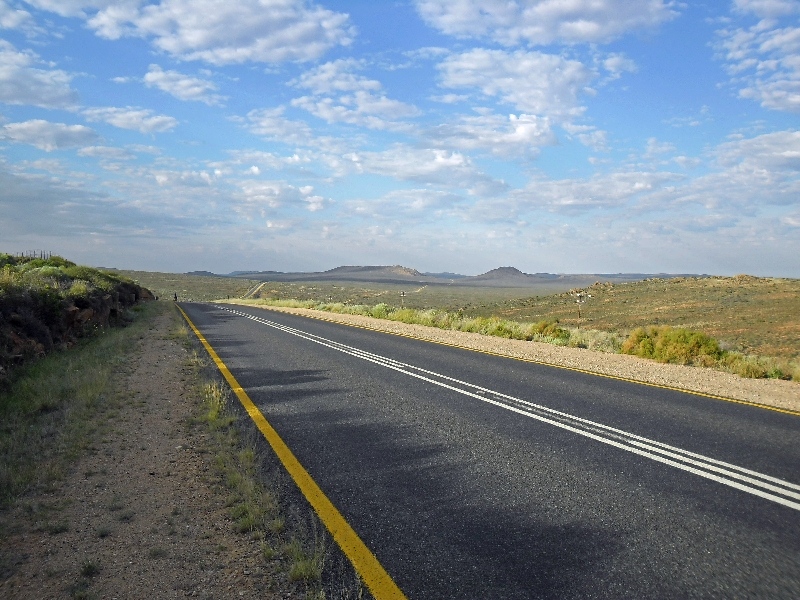 Our first 79km continued on the N7 and were straightforward riding. We had 1400m of climb and 1600m of descent and a reasonable portion was rolling hills in this part. There was town of Bitterfontein that was largest town to cross and after this we had a construction zone. Was slightly easier to ride here since traffic was slowed and in one portion we could cycle on the parts of the road not yet open. 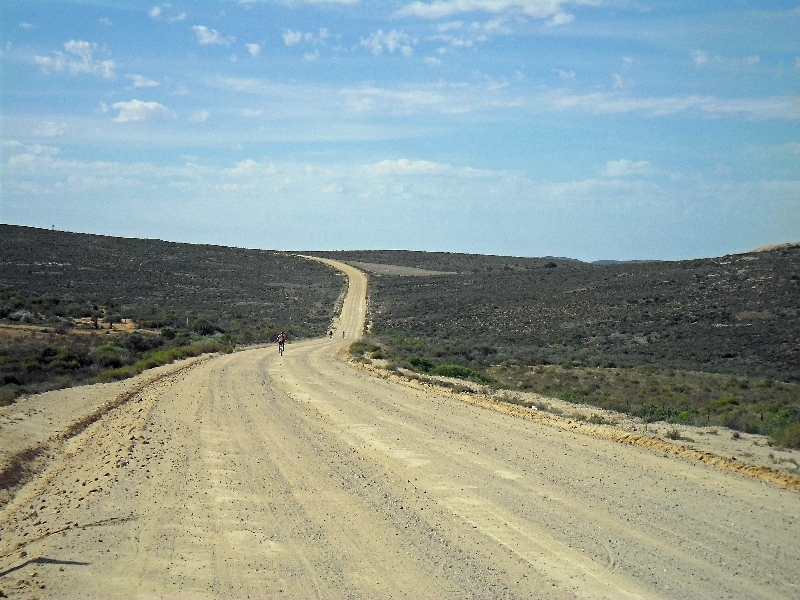 At 79km we turned right and onto a gravel road. Often when starting new gravel have to figure out what road is like and how best to find smooth parts without too much loose sand or hard rocks. We also climbed two small hills on way to lunch at 85km. After lunch our gravel continued for another 21km. A number of cars zoomed past kicking up dust and causing me to veer to less favorable parts of the road. Hence it was also nice to get back onto pavement.

The rest of afternoon was getting long with cross winds that sometimes were slight headwinds. At Koekenaap at 126km was good chance for coke stop and then a second coke stop at 134km in Lutzville. After this headed more into the wind and towards the beach. Slightly less wind but onshore fog got heavier by 145km. I switched to higher visibility jacket and then last kilometer had good descent down to the beach.

It is great to be camped right next to the beach and hear the roar of the ocean.