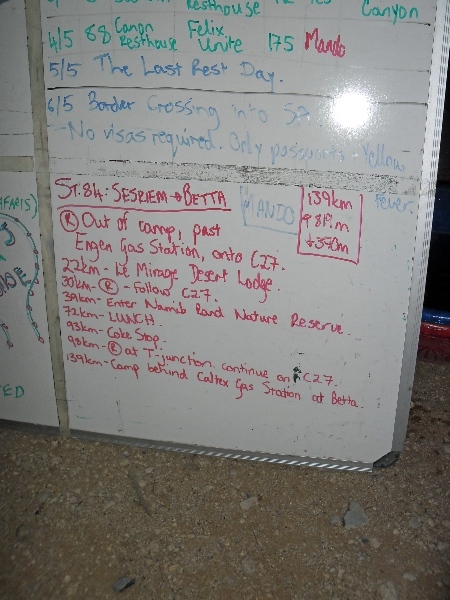 Road conditions made today one of the toughest on tour. It was particularly the soft sandy road. However, we also
had our share of gradual climbs, head and headwinds. 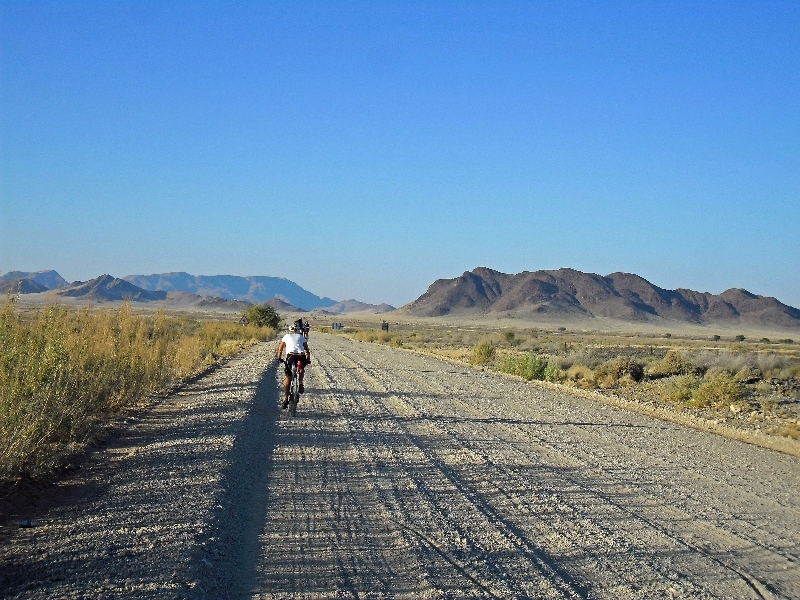 Left Sesriem on a tolerable road. The first 20km was still feeling strong, though struggled through a few soft sandy
spots. You could tell when they came since tire tracks would track both left and right searching for better route.
As we cycled, the wind slowly picked up and the grade also increased. It was first a cross wind, but after 20km
it became a head wind. 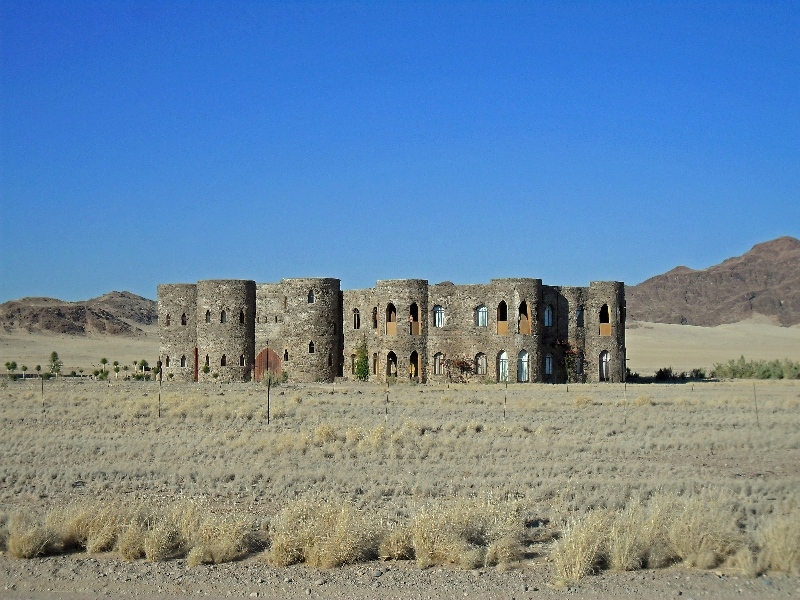 Fortunately, at 30km the road turned again and we were back to cross winds. There were still rises and descents to go
over. By lunch we had climbed 500m and descended 100m, but toughest part was the soft sand. It also got warm and I
started to ration water after 50km. Fortunately, one of the vehicles came back and helped us refill. The last few
kilometers to lunch were rocky. It had taken five and half hours and I wasn’t only one late into lunch. As I calculated time remaining, realized I would likely arrive after dark, so decided to take the truck from lunch.

I wasn’t the only one and the truck was completely full. One person even opted to ride on the roof. As we got close
to camp, one rider in the truck was feeling the heat and we paused the truck to get him cooled down. With such a full
truck, I asked the driver how close we were to camp. He said, “3km”, so I volunteered to walk to make a little more room. Others made sure I had hat (helmet) and water (camelbak).

I was walking for about twenty minutes when one of our vehicles came past. He informed me camp was still nine kilometers away, so got a ride from there. As I came into camp the truck driver noticed his mistake, but I could joke with him about it.

Overall it was a tough ride and riders who normally would come in early were at camp late in the day. Photo below, some TDA fashions. 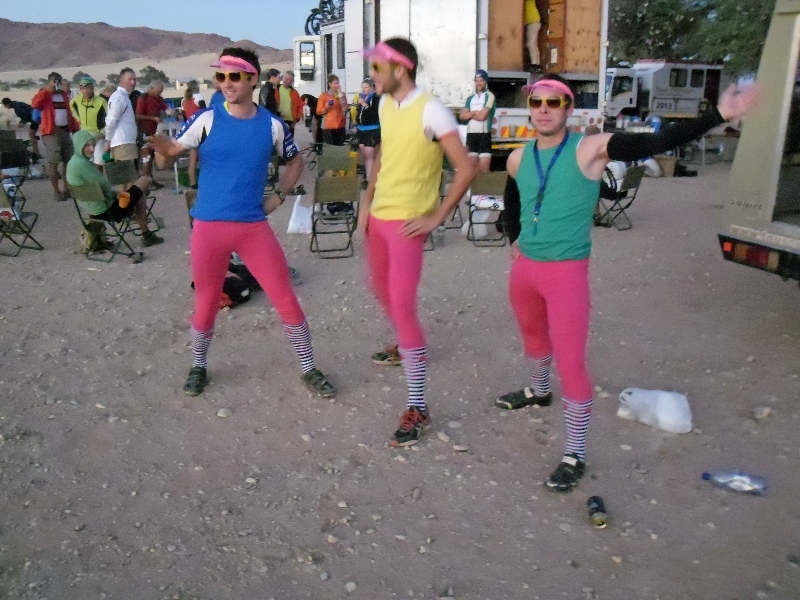