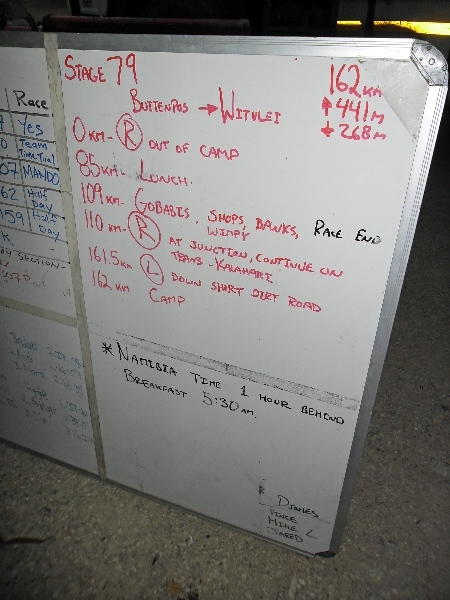 Today was our first full day of cycling in Namibia. The terrain was similar to Botswana though we see just a few small hills reappear.

This morning was cold in the desert. It seems we have a swing of temperatures between 4C and over 24C. I put on some extra layers for the cold, though had only my short finger cycling gloves and had lost my fleece somewhere in Egypt. There were some slight climbs leaving Buitepos also to get warm. After this mostly level. 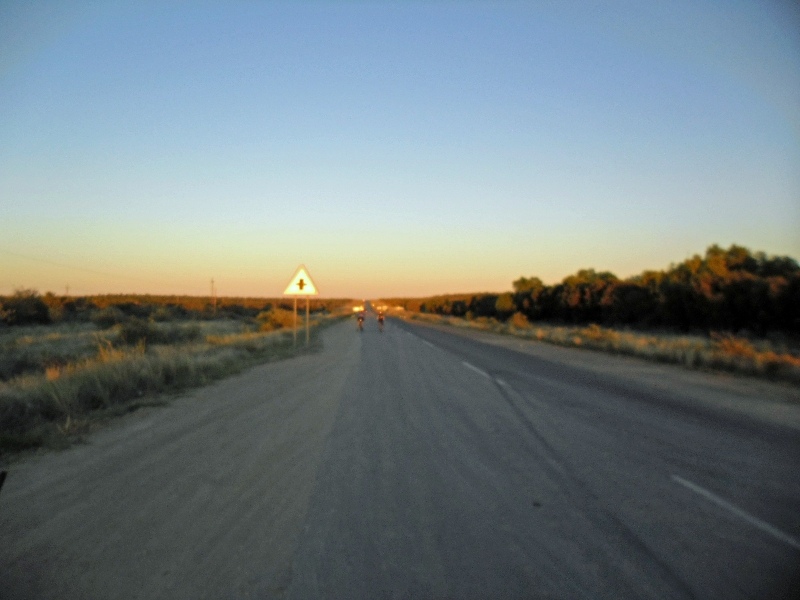 I took off a layer or two. It seemed like we had some tailwinds and bike with new tire and wheel was running well. My average speed picked up and I made my way to lunch by 9:15am for 85km. Hooray!

Had a nice lunch and then back to cycling to reach Gobabis at 108km. Here was a Wimpy restaurant, a bank to change Botswana Pula to Nambia dollars and supposedly a good german bakery (reports were this might have been closed). In any case a good leisurely stop and second lunch.

After lunch, still had 50km to reach Witvlei. The road had no shoulders but traffic was light. Occasionally a truck would come by, though we had to watch to make sure they gave us clearance. 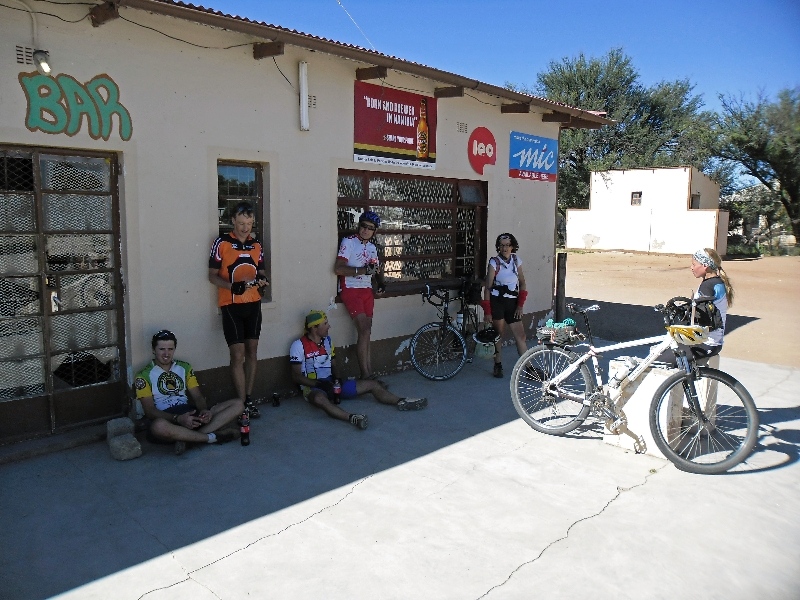 In the evening we had a TDA version of “burning man” with large man made of wood. Each person could write a note of bad things/thoughts they might want to get ride of and have them burned along with the man. Not sure if sharing voids the warranty, but my note said “broken rims”. 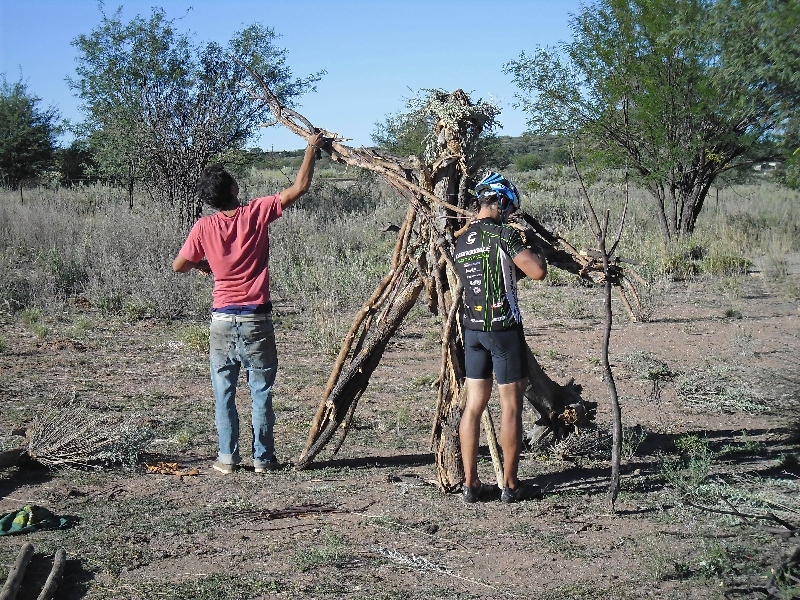 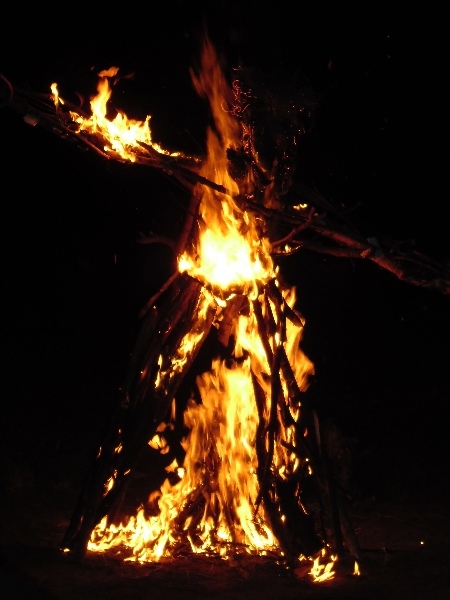