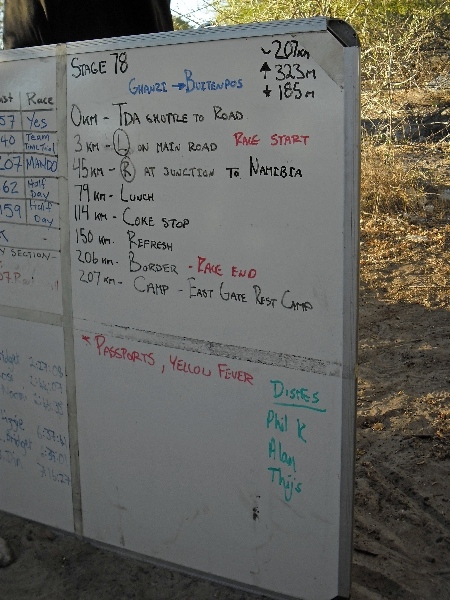 Today was a tough day but for different reasons for myself than other riders. For others this was a 207km challenge, mando ride and longest on the tour. The terrain was flat and the trees were short. Winds included some tail winds and light cross winds. Congrats on all the riders that completed this ride.

What was tougher for me was that my rear wheel was not yet ready, hence I was on the truck today while the excitement was on the road. Fortunately, Catalin tightened up the wheel at end of the day and I expect to be able to ride again tomorrow. 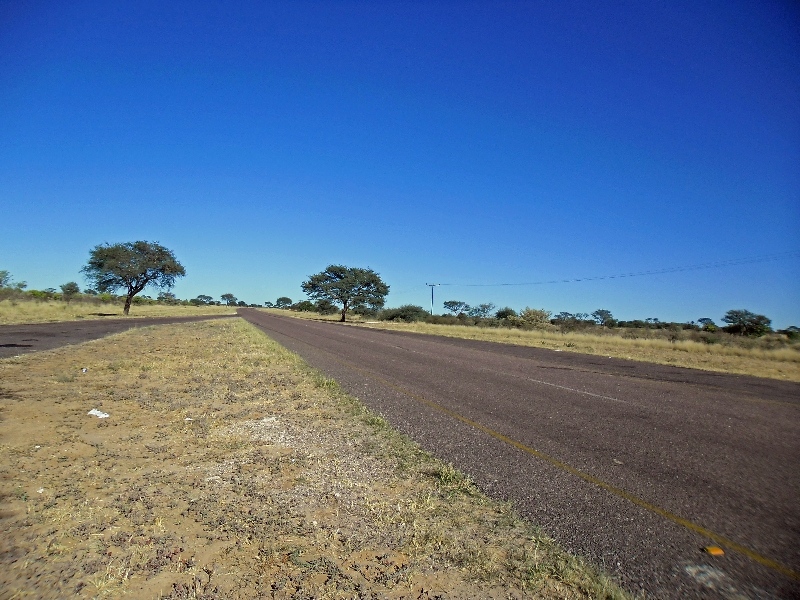 Breakfast had been moved up 30 minutes and there was a shuttle across the sand to the road for riders. Everyone was busy in the dark preparing for the long day. I awoke early to check my bike rim and realized it wasn’t ready yet, so hung back some to let others get breakfast and on the road. I helped load the truck.

The first 42km were with some cross winds and then there was a road with sign “Namibia” and turn with more favorable tail winds. The route from here was to the west, though the winds did shift some during the day. The trees became shorter and eventually some areas without was well. Lunch stop was 79km and then from here to Charles Hill was a long ride with brief refresh stop at 150km.

The border crossing was straightforward and just 1km past the border was a camp at a lodge. An Afrikaaner owned the restaurant/camp and it was interesting to see some words that were familiar in being similar to dutch. I was in early and helped with preparations for dinner. As afternoon wore on the riders came in with big smiles and senses of accomplishment.

My smile came as Catalin fixed up the wheel and I tested things with a working bicycle again.