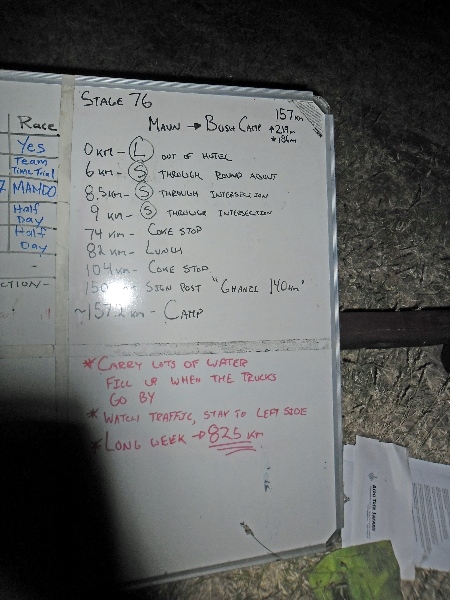 Mixed winds made for a tougher ride today. After the rest day the bike was tuned including replacing a spring in the rear hub and I also had a new camera.

The first 7km we headed back inbound to middle of town, across a roundabout and through the center. However, by 15km we were back in the bush and cycling away from Maun. There were dry scrub trees all day long, though sometimes there was sand underneath and sometimes grasses. It continued very flat and we had mix of winds. There were cows who occasionally chose just the right moments to cross the road. With a steady pace it wasn’t too difficult to lunch at 80km. 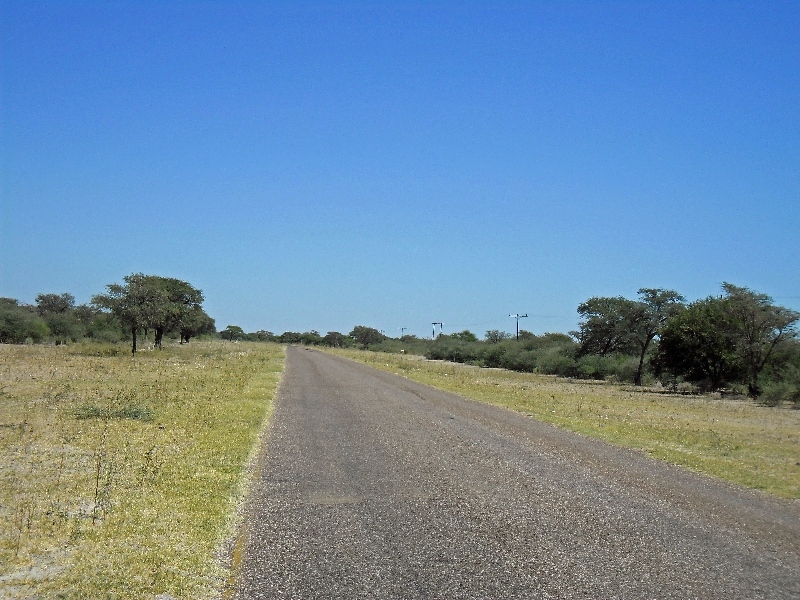 After lunch was feeling a bit more tired so included occasional feet on the ground quick stops. Also had a longer coke stop at 104km and one later to eat a PVM bar. Hence I was happy to reach camp at 160km. We’re back in a bush camp and are told this might be one of the last as Namibia has fences and private property and hence need to camp this sized group at camping lodges. 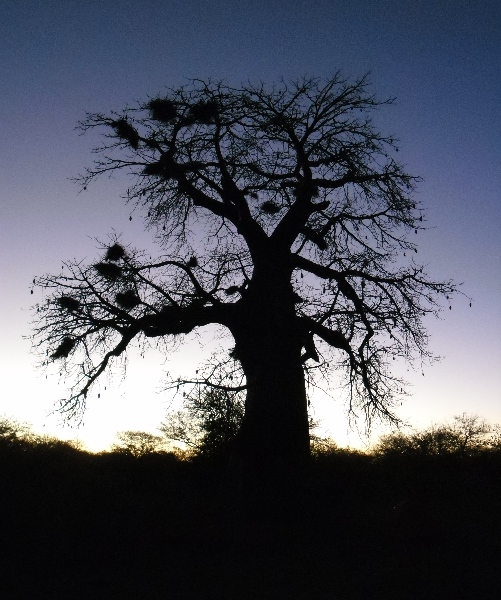