This rest day was for getting some chores done. I thought I’d be early with my laundry but was still second in queue with another rider who had put on her headlamp and was washing clothes in the early morning dark we normally awaken about an hour before sunrise so even on rest days some are up early (this lets us get on the road not long after sunrise when it is cool and winds are calmest).

After washing clothes, needed to see about getting electronics charged up. I also dropped the bike off at “bike shop” during open hours. My rear hub had been acting up and discovered the spring that keeps the paws working had broken (meaning eventually the hub spins freely both directions). Thanks to mechanics that was fixed later in morning.

After this a trip to town. I bought new batteries for my headlamp (not just for clothes washing in the dark :)) and also looked for a simple point and shoot camera since three I had all had various maladies. I’d been able to make #2 work again but just in case. It took several tries but eventually found a shop that sold them. Not time to drop by supermarket for food. After this the internet cafe to get this update typed.

On return, my electronics will likely be mostly solar charged and I can bring in rest of laundry from the line.

Some went off for canoe trips or helicopter excursions over the Okavango Delta here, but somehow this ended up being a lot of small errands here today. Feels good though to have headlamp, clean clothes, working bike, cycle computers and cell phone charged. Should get me going again for week ahead. Last year the next five days were longest on tour – 825km total or just over 100 miles/day average for next five days in a row. With some tailwinds and flat roads shouldn’t be toughest riding but a headwind day or two could make it more challenging. Look forward to this next ride and our next destination of Windhoek, Namibia. 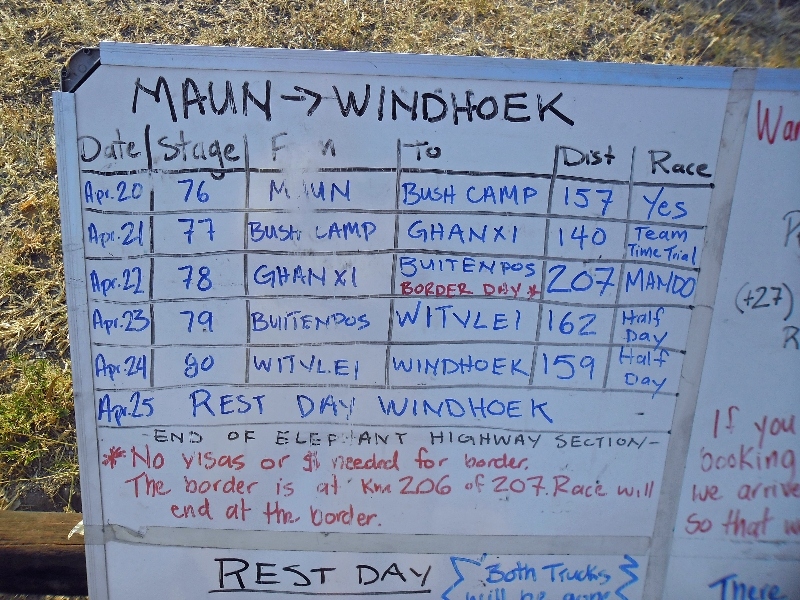