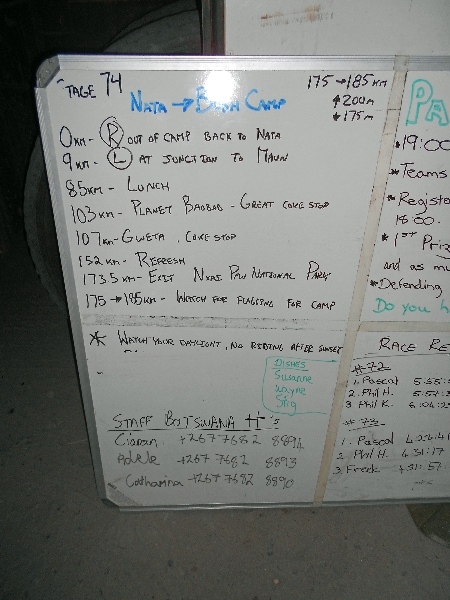 Tailwinds! However, even with tailwinds it was still a long day and took me until 4:30pm to finish. I was slightly
late starting out. Our first 9km we went back to middle of Maun. There was a Wimpy (fast food) restaurant where some
riders stopped. I continued past and made a left turn downwind. We didn’t have much variety for the next 170km.
There were some low trees on both sides and mostly yellow grasses on both sides. I saw cows but not elephants or other game. The land was flat and the wind was a cross-wind but more from behind than ahead. 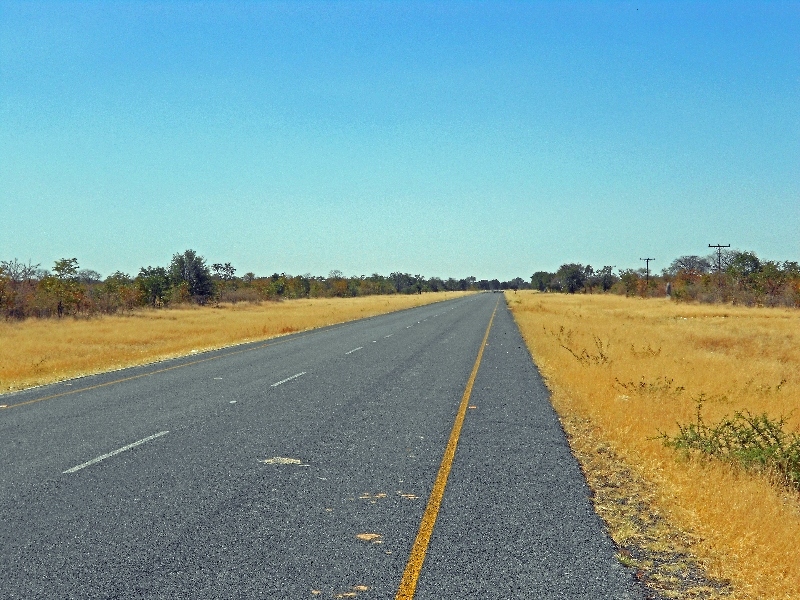 We crossed a major park between 140km and 173km though it didn’t look very different than before the park. In the morning I put things in gear and without too much work kept slowly going until I reached the lunch spot at 85km. There were occasional pull-offs with a trash barrel and sometimes shade. After lunch the next designated spot was Planet Boab cafe at 103km. Highly recommended even with a pool. Some riders even brought bathing suits with plans for a dip. The racers mostly skipped this diversion since it was 1km off the road. Some of us slower riders also skipped just to keep progress though some decided to ride to the pool, swim and take the lunch truck from there.

I took a photo of the Planet Boab sign and then my camera jammed. Sigh, this had been a replacement camera I had
purchased in Nanyuki. I tried unsucessfully to get it unjammed. After this it was a steady ride with a less steady
wind – sometimes from side or even corner ahead. At 152km was a “refresh” stop where one of the TDA staff was there
with water and apples. I stopped here and learned of the last 30km to ride. This wasn’t too difficult to end a long
ride. There were plenty of thorns in this camp, so I camped on top of a gravel bed and kept those thorns from my tent
and thermarest.