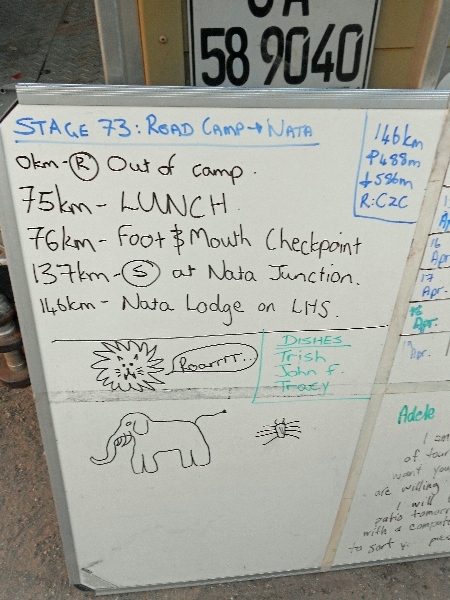 Another day of cycling southwards. It was flat riding but cross winds all day and occasionally even slight headwinds.
I also saw my first elephants while on the bike. 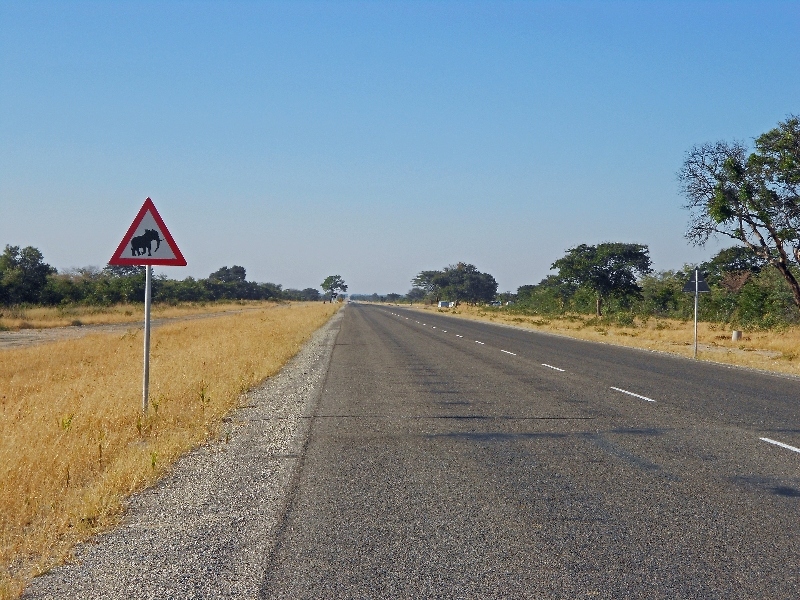 I left construction camp just before seven. The road started wide and we avoided any further construction this day.
However, we did have different sized chips for chip-seal road and hence sometimes easier to pedal. The morning included a lot of straight and flat cycling. While techincally a “construction zone” this area was completed. Without much difficulty I was at lunch by 10:30am. 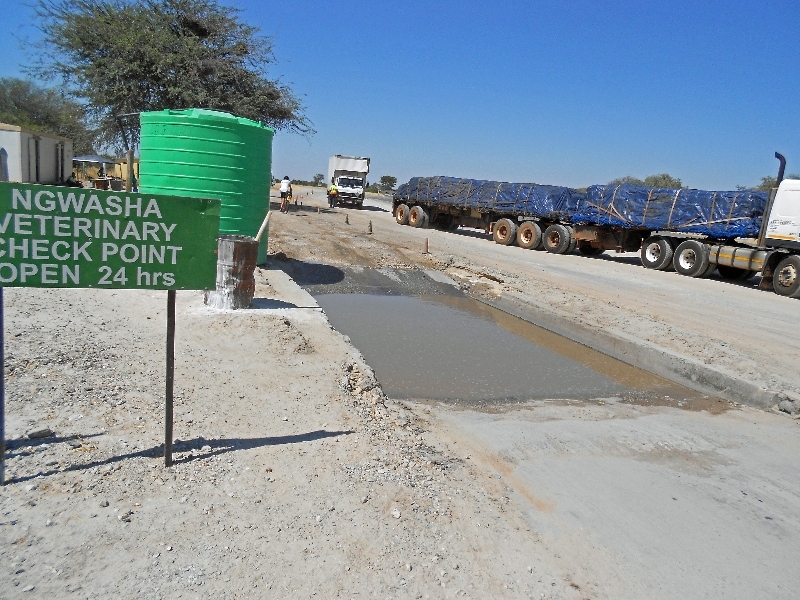 One kilometer past lunch was a foot and mouth disease checkpoint. Fruits and other items were to be declared and all
truck and bicycle tires went through a pool. We also first placed our feet on a mat. After this continued the ride
across the savannah. Just past the checkpoint I saw two elephants hanging out in the shade. Otherwise not much change until 135km. I stopped in downtown Nata for a coke and then took the road outbound to Nata lodge. This road was narrower and also more into the wind but fortunately not too long. 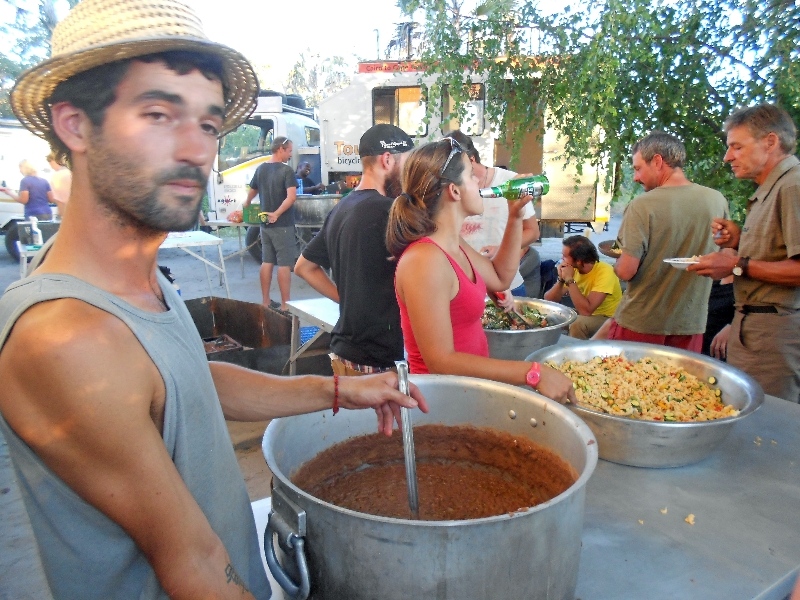 In the evening we had a trivia contest. Questions were asked about cycling, Africa, TDA and also riders on TDA.
There were about seven teams. Two tied for first and our team then came in next. It was fun and even stayed up to
almost 8pm!