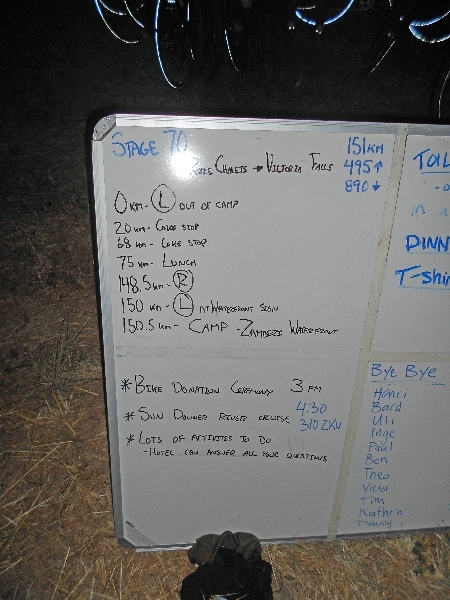 Today another ride through the savannah. The grades were gentle, the ride was long. There were plenty of trees, though not much to shade the road. Also, not as many broader views as when we had fewer trees. The road continued to be smooth and the last 80km into Livingston was especially smooth. The shoulders were paved, but the “good” pavement width would vary and hence we would sometimes ride in shoulder and sometimes to the right line. The trucks for the most part gave us room in this arrangement and traffic wasn’t extremely heavy.

I could still feel effects of the longer ride the day before and particular my right leg was a little more swollen and
felt more sore than the left. However, it was cool riding and with the fairly flat terrain, the riding went quickly to lunch. We crossed one town at 20km and another at 68km. The first was still early to stop and second was close enough to our lunch at 75km so kept going.

At lunch, decided to keep it simple and ride the lunch truck after lunch. After this the road continued smooth and
slightly downhill though reports from riders was that it also got pretty warm without many good stops. So probably the right choice for me. 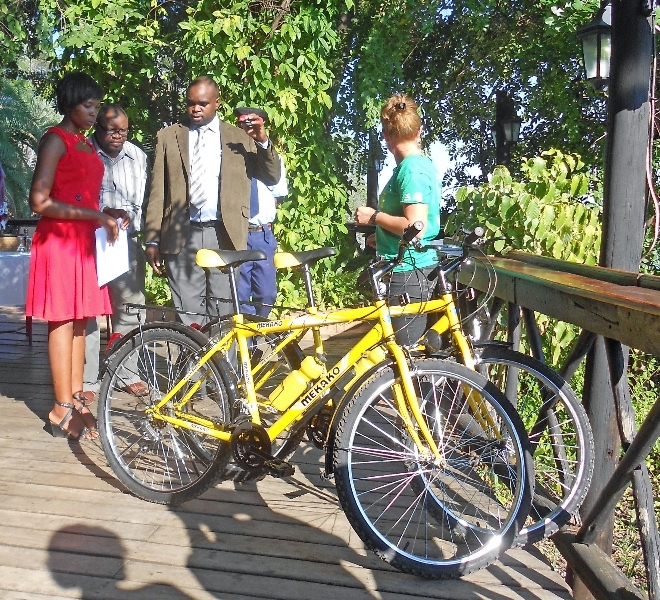 In the afternoon we had second “bike donation ceremony” (the first was in Arusha). TDA is not only a bike tour company but also has an associated foundation. Each full tour rider contributes fees for one bicycle to donate and in addition some will also raise money specifically for TDA foundation (if you are so inclined, see TDA web site for details). In Zambia TDA contributed a total of 50 bicycles to the local school district. The schools loan them to children as a way of making it easier to travel to/from school and hence improve attendance. The overall ceremony was interesting to watch and included presentation from local kids and talks from local dignitaries. 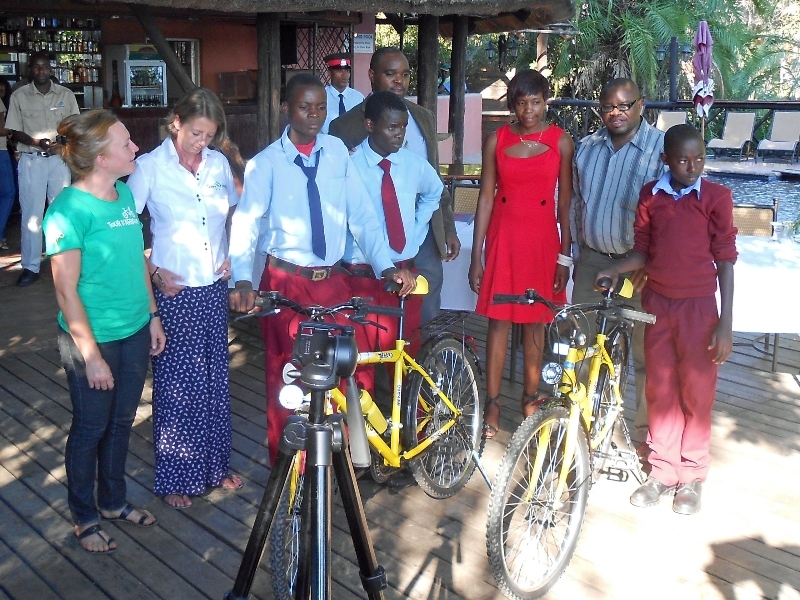 Otherwise, we’re just outside Livingstone and Victoria Falls for two rest days. My agenda is still mostly on the “rest” side of the equation, but will at least get a chance to be a tourist and visit the falls as well.