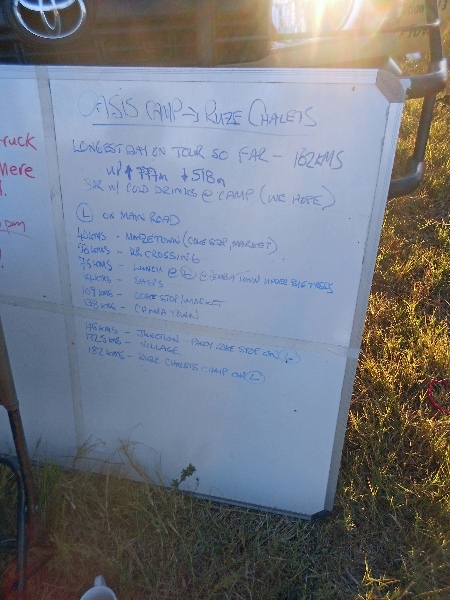 A long ride today but flatter than rides we’ve had before. The terrain was mostly similar all day very gentle
hills and occasional long slow uphill grades but nothing very steep up or down. I could stay in my large
chainring for most all the day. This is good since middle chainring still skipped and slipped some. The road
was also smooth, with a shoulder that sometimes was wider and sometimes narrow (still paved but different surfacing
so would ride in the road). This mostly worked with traffic, though occasionally oncoming traffic would try to pass
in way that forced us to the shoulder. Photo below shows one example of the seed plots we occasionally came across
trying different seeds. 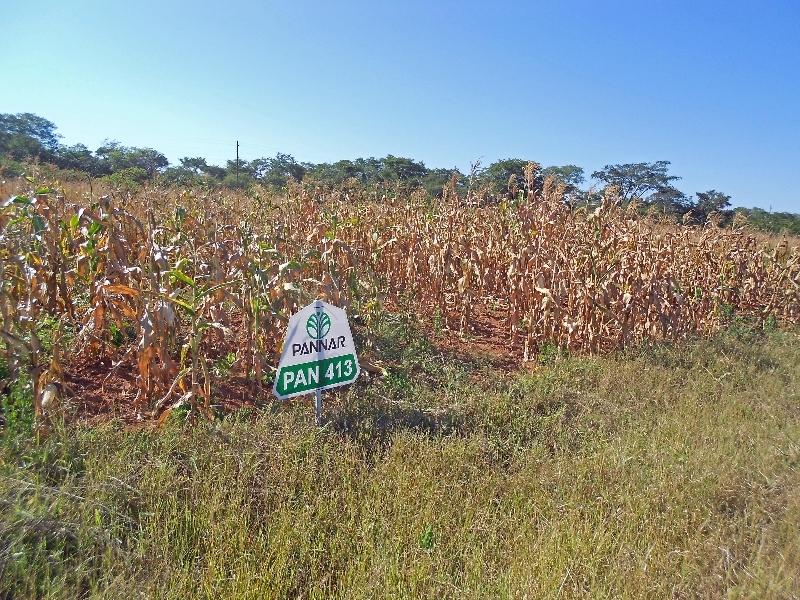 There were two larger towns to cross today, one at 40km and one at 140km. Otherwise some small towns we crossed. I was on the road early and cruising over 20km/hour which is good pace for me. I came through Manze town at 40km and then made it to lunch by 75km and 10am. Most of this was savannah with lower trees and not much in way of views. This meant another 107km left for the afternoon but still feeling strong and not too late so seemed like a reasonable ride. The next town at 94km included the photo below that showed prizes offered by local telephone company including winning a cow or winning fertilizer. 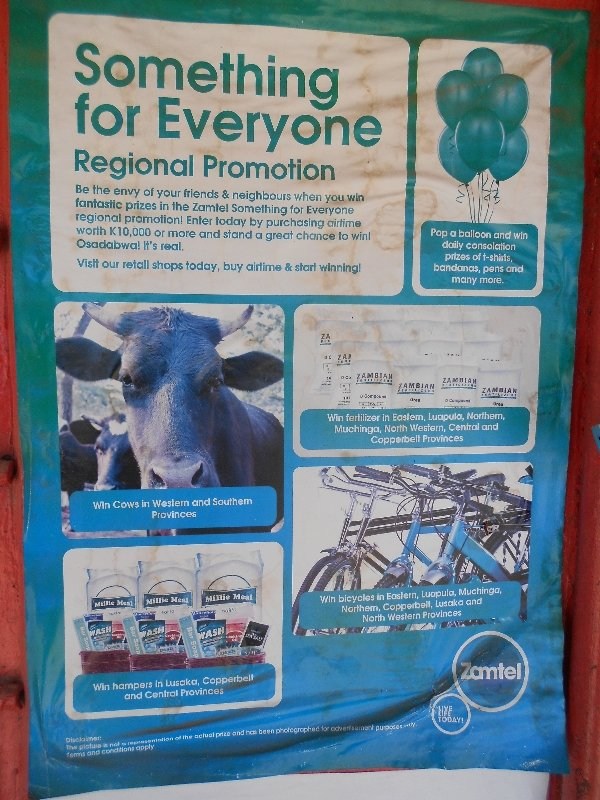 I kept going with the stops at 94km and then at 143km and kept a steady pace. This got me in to camp by 3:45pm. My leg was a little extra sore and otherwise tired, but happy to have a nice long ride for a change. Photo below shows Victor and Theo at one of the coke stops. 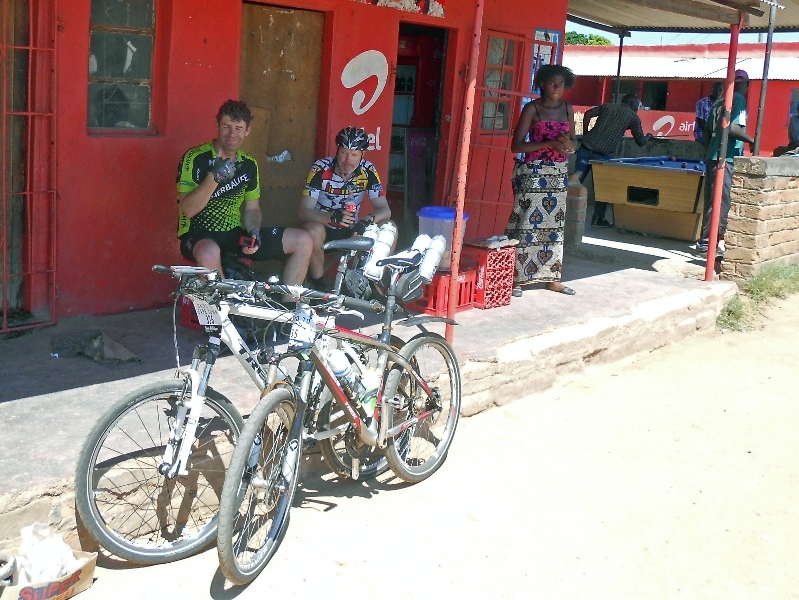