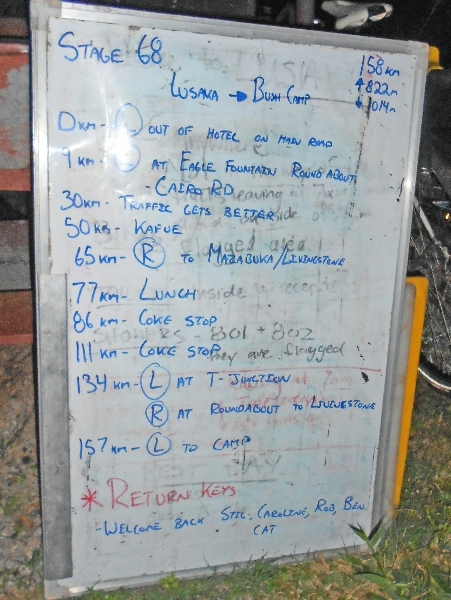 A long ride today, but only two larger climbs. So the riding still went relatively quick. My new chain rode well in the big chainring and also in the small chainring but would skip and slip in the middle chainring.

We left on a busy two lane road headed inbound to center of Lusaka. Fortunately we were ahead of the worst traffic. At 8km we turned to ride through middle of the city and then were “outbound”. It started at three lanes each way and
then slowly narrowed to two lanes each way and by 25km we were down to road with one lane each way. However, traffic
was still heavy and we particularly had to watch for oncoming traffic that would try to pass when not quite safe – or
local bicycles that decided to ride the wrong direction and hence headed for us.

At 50km we passed a larger town that had several chemical plants. At 65km we came through an agricultural inspection
station followed immediately by a turnoff road with sign saying “Livingstone 415”. This would be our route for remaining three days. This road started a bit lumpy but got better later in the day. After the turn off we had some gradual climbing followed by larger climb to lunch at 78km.

In the afternoon we also had one larger climb and mostly flat otherwise. It got warmer and so by 89km and 112km there
were some welcome coke stops. There were also some annoying speed bumps the last 10km but still nice to find camp at our soccer field. Photo below shows both edge of camp and village right next door. There was a soccer game but also at times of intermission some goats were allowed to cross and graze the field. 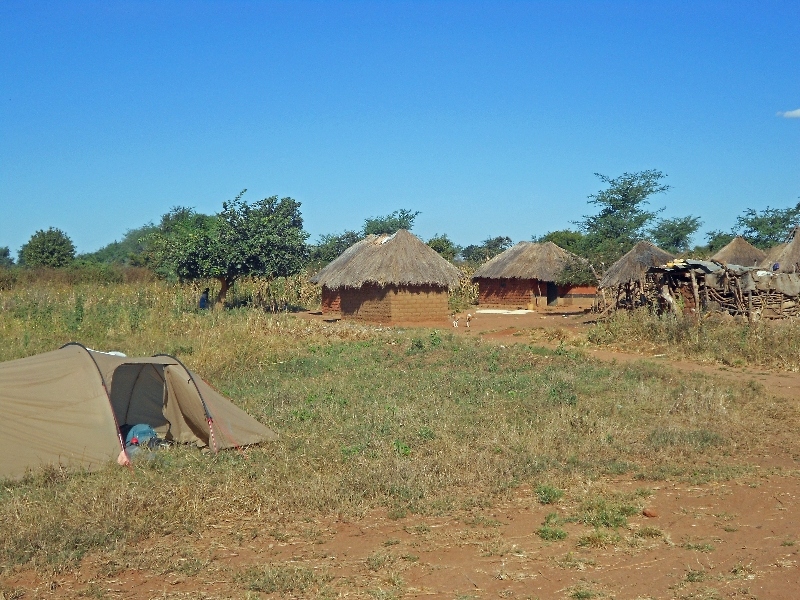 In the afternoon/evening, a few of the staff participated in an “Iron Chef” competition. The cook (John) gave them
each a “secret ingredient”, namely butternut squash, that needed to be used. Each team made three dishes. Photo
below shows a set of riders picked as judges. Staff put quite a bit of effort into this cooking competition made
more challenging with a ~70 riders to feed and fairly tight time schedules. However food was very tasty and extra
work was appreciated by us hungry riders. 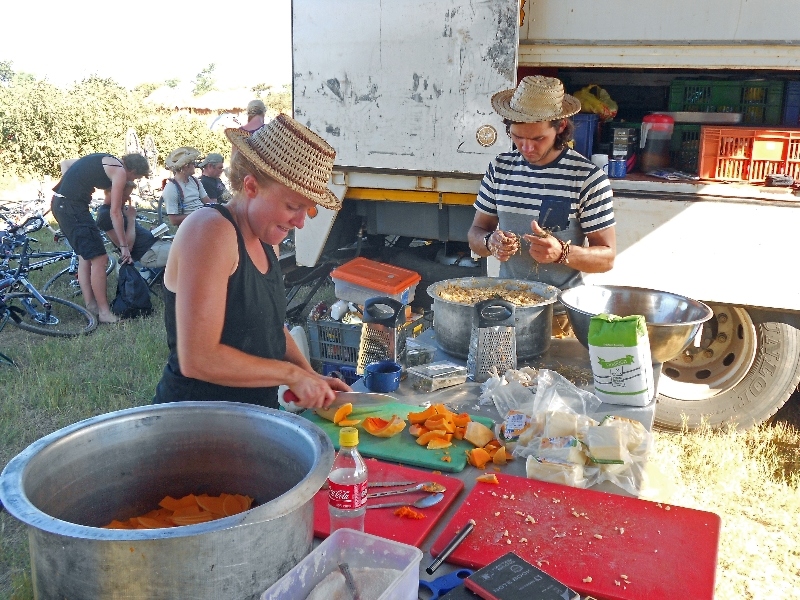 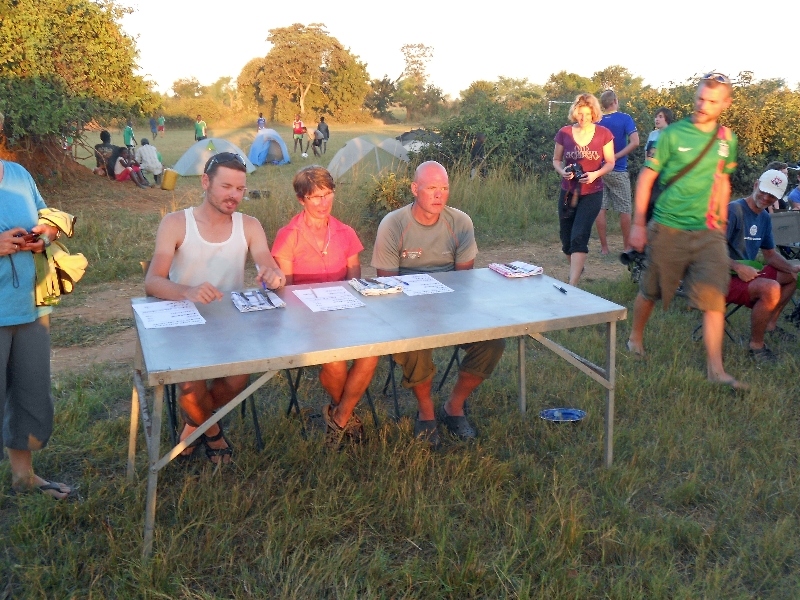 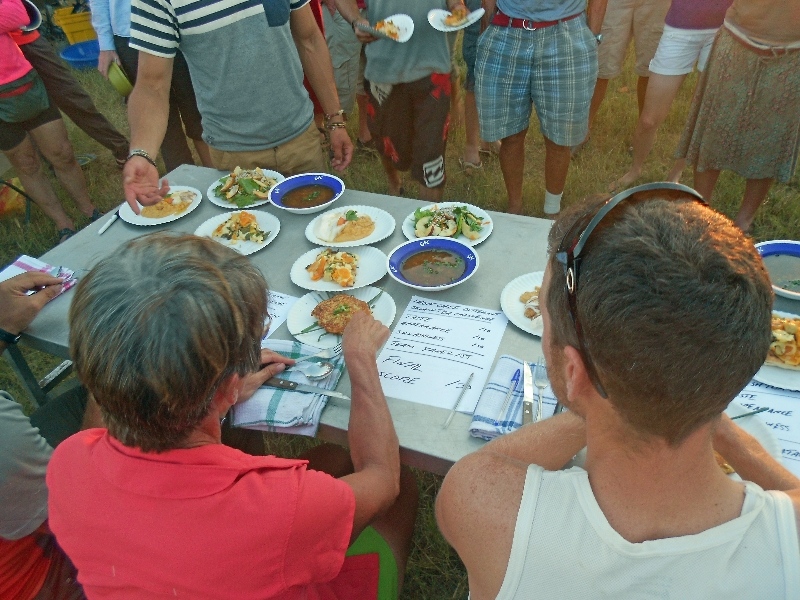