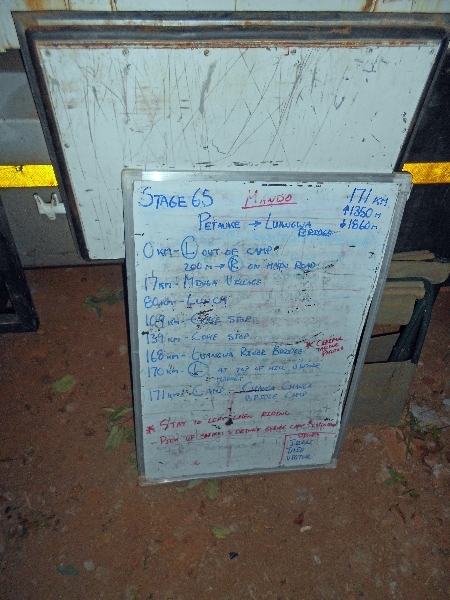 A “mando” day today meaning the racers got time bonuses – however also meaning the riding was likely to be longer
or more difficult. My leg was feeling ok, though still swollen. I decided to give it a first try back on the bike.
Plan was pretty simple, get out early and cycle as far as I could before the dinner truck came past. So I organized
things, adjusted/tuned my bike, was first in the breakfast queue and set off as soon as I could.

Nice to be riding again! This was gently rolling terrain. The road wasn’t completely smooth but bumps still not too
bad. We started with some descent and then mostly level/rolling after that. Farms would have the yellow signs with
“Look! Conservation farming pays”, as well as occasional rows with seed lots printed (test rows of genetically modified crops or just different seeds?). Kids would yell different things including “how are you”? I tried different responses but eventually settled on “I’m fine, how are you” and would get responses perhaps 20% of the time.

I got two good hours of cycling in before the truck passed. I was still feeling strong, but wasn’t trying to overachieve on the distance. This got me 35km down the road. The terrain from here in the truck was similar until lunch at 80km. After lunch it seemed like the hills got a bit higher and closer to the road. Looked like potentially prettier but more difficult riding. This brought us to the bridge camp in photo below. Also below that was James coming into camp. 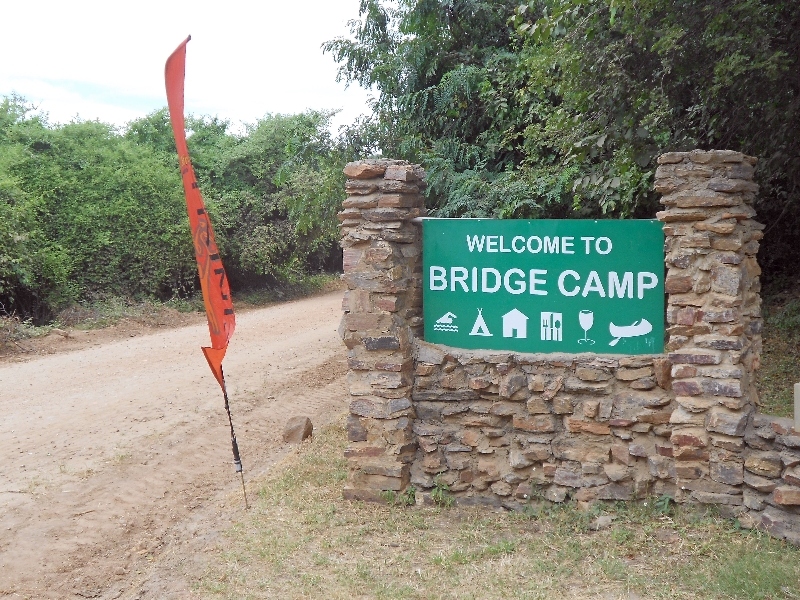 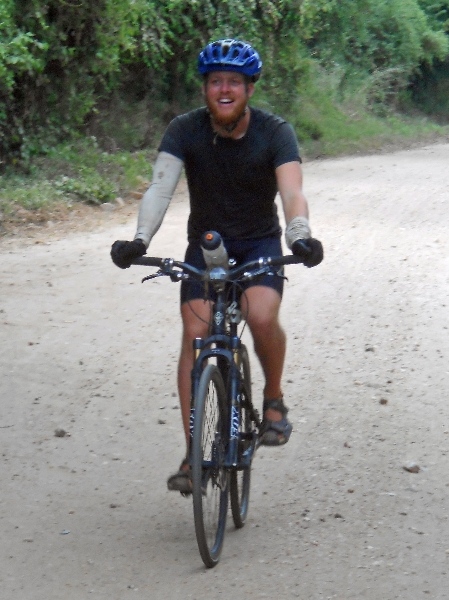