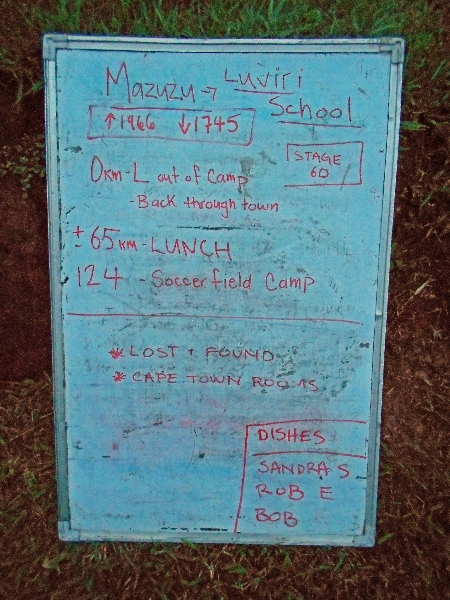 Today the statistics were intimidating 2000km of climb and 125km. I was still feeling worn from yesterday so decided to take it easier and ride from lunch.

Ir was dry when I awoke, but drizzle as I packed in the tent. Put my bike on the truck and skipped ahead 65km. Across multiple hills and through some lush areas.

Still raining when I set off but after 20km I could stow my rain gear. There were some smaller hills both to climb and descend – but according to reports, I picked the right half to ride.

After 40km, the racers started passing. Each very focused on grinding out distance as quickly and efficently as possible but still time enough for a greeting.

It was nice to arrive at camp a little past noon. As photo below shows, I wasn’t only one welcoming some sun to dry things out. 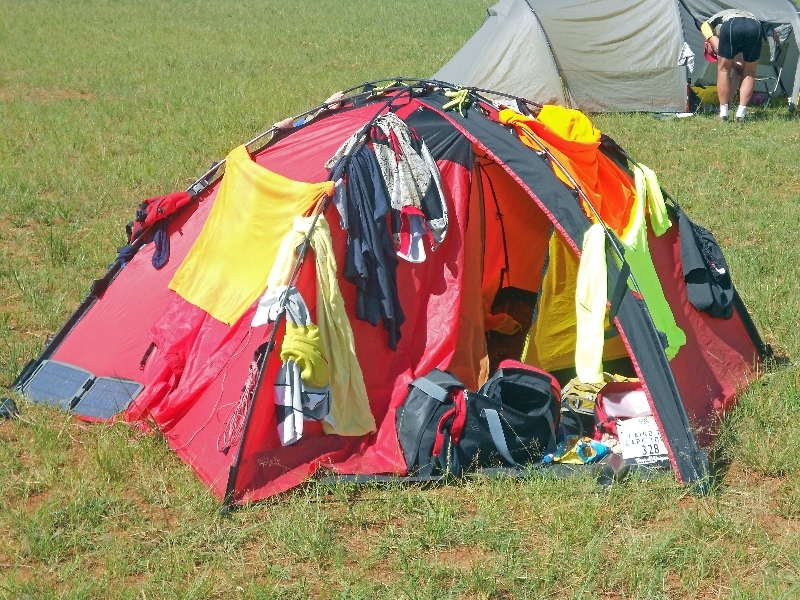 There is a school here for ~1000 students with ~11 teachers. We met one who was a peace corps volunteer from Seattle and who had lived and taught in this village the past two years. Apparently this is densely populated area and we see kids running in packs but adults are also back in their homes.