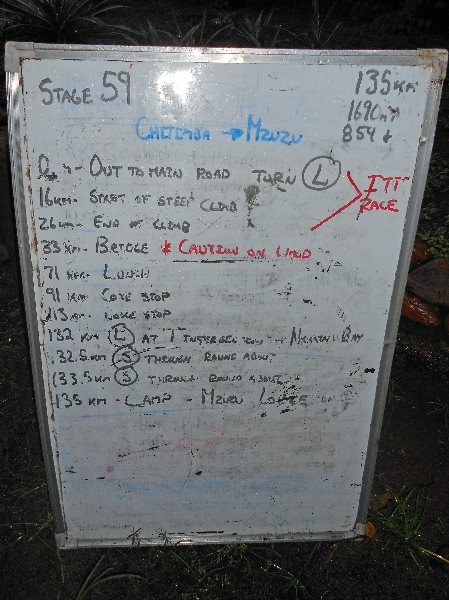 Today was a long ride with a surprising amount of climbing. The rains came overnight starting at 1am. I was snug and dry in my tent and hoped it would clear by morning.
Unfortunately at 5am it was still raining. So packed up a went tent and the ride started in the rain. The first 26km were a time-trial with ~16km of mostly flat along the lake and then a substantial 10km climb up the hill.
With the rain, it was beautiful with lots of waterfalls, both little and big. Despite being a time trial, I took the climb particularly easy with stops for photos and to help another rider fix a flat and for a coke stop but eventually got to top of the hill. 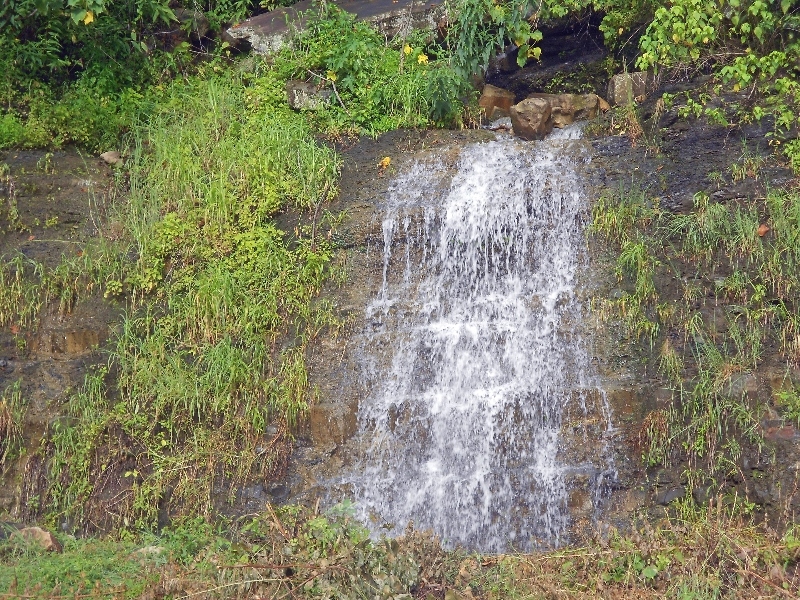 From here we descended a few kilometers and then followed the South Rukuyu river through a valley. It was very lush with mixture of crops including tobacco, bananas and corn. Lunch was a welcome break at 71km. 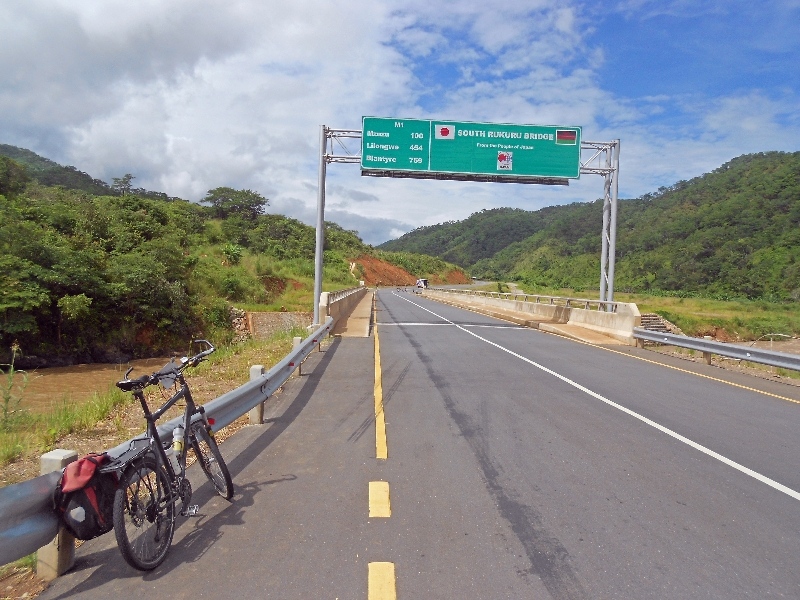 After lunch there was still a surprising amount of gradual climbing left. First 20km to a coke stop at 91km was mostly rolling but after this seemed like a 30km slow gradual climb with occasional headwinds. Took one more coke stop and eventually made it to camp by 4:30pm. Overall a great ride but also a long day. Tomorrow is billed as even more climbing so will have to see if I do a full day or half.