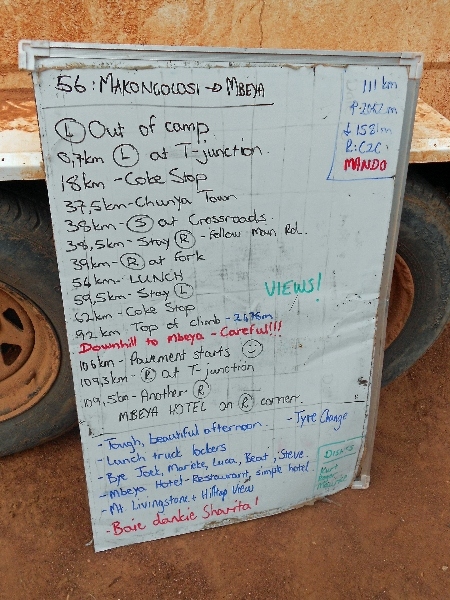 Today was a spectacular and challenging ride with “top of the world” views and a difficult rocky descent. I cycled the first half to lunch.

Last night camp was noisy with club playing music, people driving motorcycles and lots of people noise. I think many were up early because of this, but also because of the “mando” challenging day ahead. On tap was 2000m of climb and 1500m of descent spread across 111km.

The first 15km from camp was some of the most obnoxious road I had cycled. Rocks had been added to clay soils, so very rocky. In addition, there was a lot more traffic including construction traffic squeezing through. I counted at least 10 large dump trucks, two flatbed trailers and several buses. As each vehicle passed, I’d get off the road and then back on again.

After 15km the road became better, we descended to a river and then started a long climb back up. The road kept winding and climbing. Each corner kept going up. Finally by 32km was close to top and then descent to cross a village. Stopped here for coke stop with few others. Not much longer came across the exotic pub 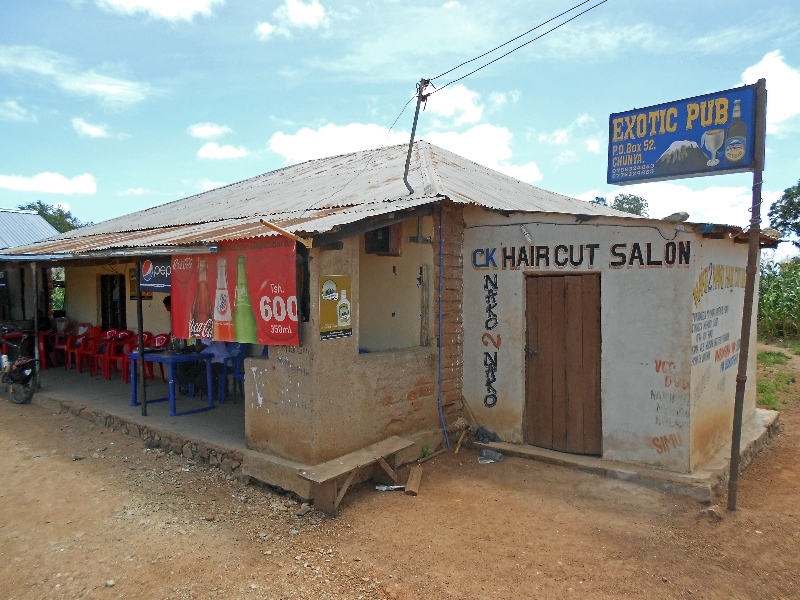 After village the road became wider and more tracks to find. Also could see where a new road was being constructed. Parts of it were being smoothed out and parts the new bridge culverts were being put in place. In several years, this will become much easier. A few kms to lunch. It was about 12:30pm when I arrived and I was one of the last.

I knew the descent would be rocky and had already decided I’d take the truck down if I could. The morning climbs and tough road meant that I was happy to ride half day was well. 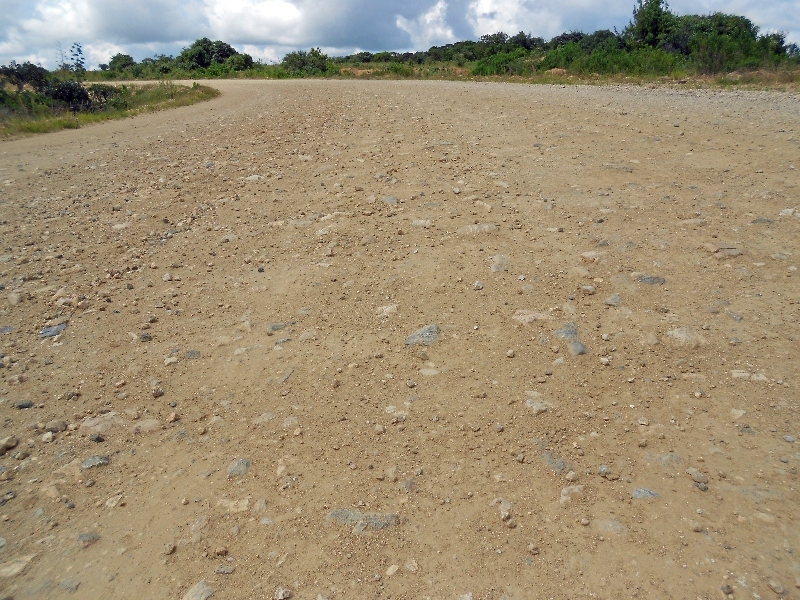 Riding in the afternoon the road slowly started to wind and climb. By 65km started having some great top of the world views and over the next 27km it just kept winding through and along the hills. Looked like some spectacular rides. The area was still lush with an occasional village as well. 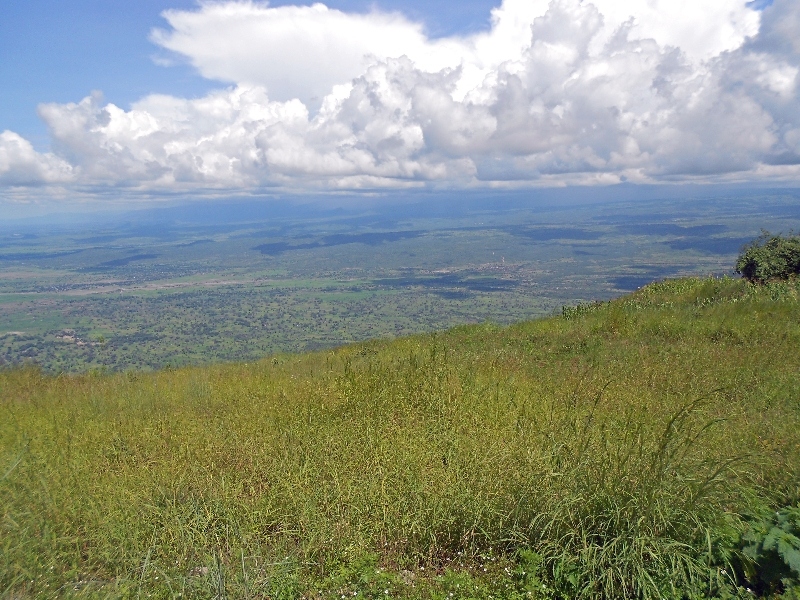 The top was at 2500m and then some false descents around the mountains before a more substantial descent. One could see Mbeya below but it took a while before road eventually would its way down. Unlike ascent I was happy to hitch a ride down and later reports confirmed difficult (and slow cycling) for some on the descent. Now in Mbeya for a rest day.