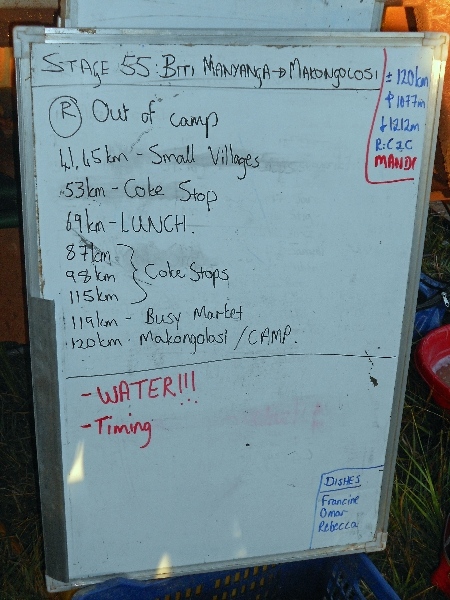 Today was a long off road day where we saw a little of every type of off-road surface. I cheered for the smooth sections adn grimaced at the sand, much and hard rocks. It took me from 7:15am to 4:30pm and overall it was a great ride. Best of all, it stayed dry.

No rain last night and also dry in the morning, hooray! The road started a bit sandy and my bike had a strange squeek. Eventually figured the squeek might be a disc rotor. but not after also oiling a hub.
The terrain was rolling all day with ~1000m of climb. Trees and bushes kept us from having much in the way of views, but also provided welcome shade as it would have been hot otherwise. Picture below shows that TDA truck sometimes had as much fun with remaining mud puddles as we did as we could often go around. 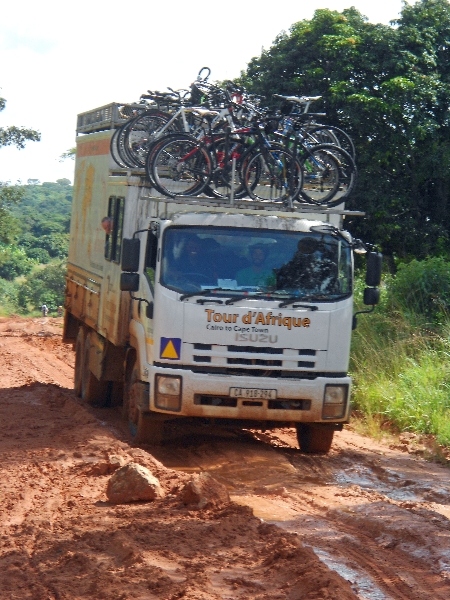 There were a few villages and again in mornings we would see children out in their school uniforms. Throughout the day, it would be more common to hear “good morning, sir” – even in the afternoon. I figured this was because school was more often in the mornings and so this was learned better than “good afternoon”. Below was Henri stopped for coke at one of the multiple villages along the way. 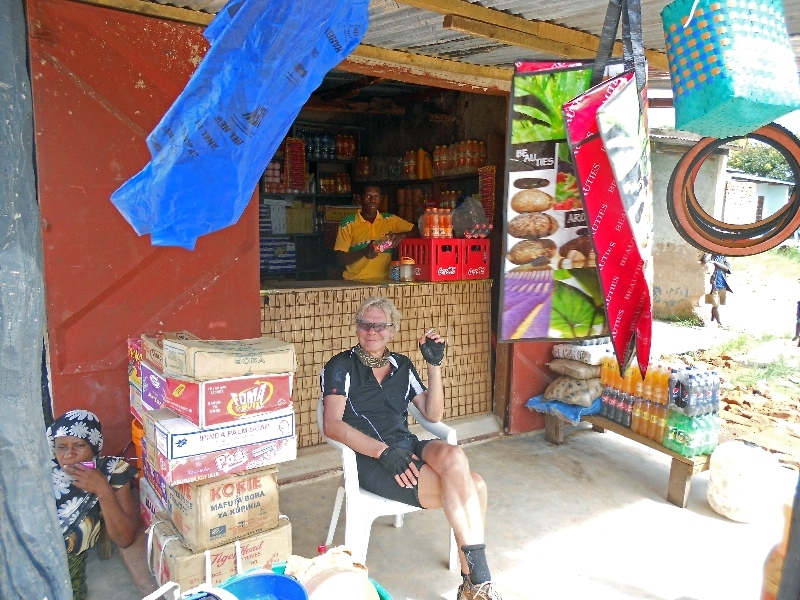 It was a slow and steady ride and by 69km reached the lunch stop. Learned here that two bicycles had been stolen the previous night. Rather frustrating and dissapointing. [Epilogue: we learned after this that local police had recovered those bicycles the following day and likely suspects, work underway to get them back to the riders].
After lunch a few more villages and warmer, though fortunately still not too hot. Photo below shows Irin cycling past in one of those villages. At 98km a coke stop and after this the last 22km became very rocky. It was slower cycling and also had some road construction. A short stretch of walking and also several spots to get off the bike and out of the way of construction vehicles. 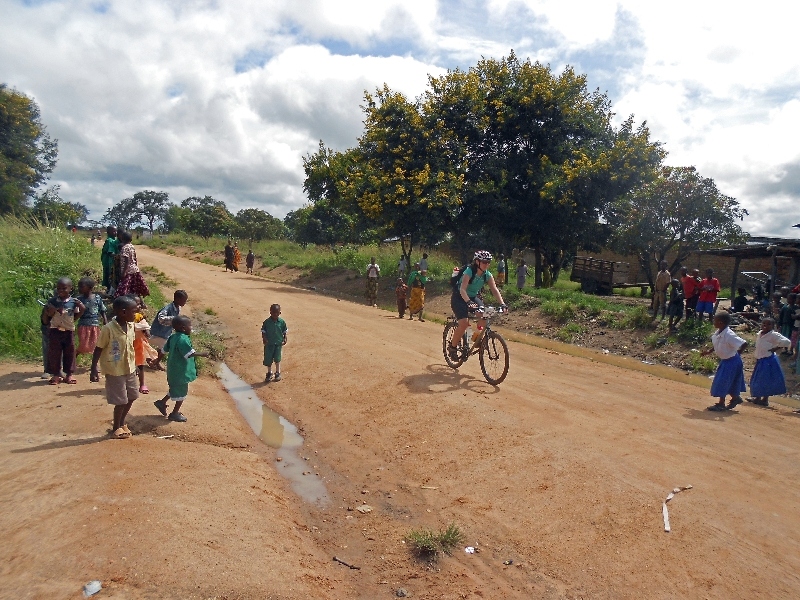 I was happy to see camp at end of a long but fun riding day.