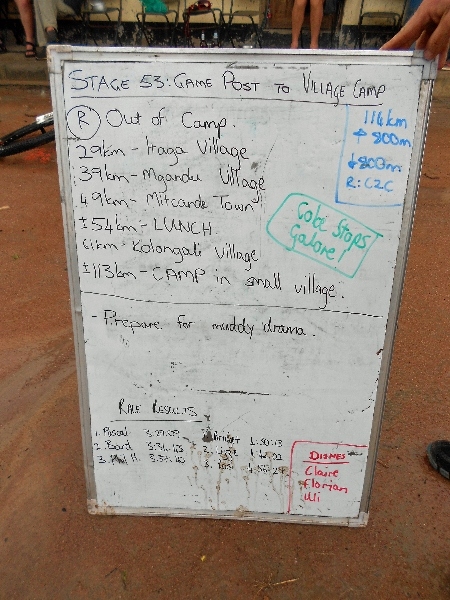 Today was a challenging but fun ride. It was all off-road but with a variety of terrain. It rained last night but stayed mostly dry during the day with only a few light drops of rain as we left. The first 10km weren’t too difficult though you needed to pick your way past the puddles.

At 12km we came across some thick mud. They had graded soft loose dirt on top of the road not long before the rains. This had developed a thick pasty mud that got up everywhere in the bikes. Those with fenders had it worst as those completely stopped up, but even other bikes had brakes and derailleurs all stuck. I and most people walked through this stretch – not quite certain how long it might be.

Adding to the challenge were stuck vehicles. Photos below show a truck that slid sideways before getting stuck and then a bus that had also gotten stuck. As cyclists we could walk/slide through the worst muck, but TDA trucks had to get past these stuck vehicles as well. Reports were this took a few hours for the big truck. All reports were also to skill of our truck drivers in carefully navigating this obstacle. 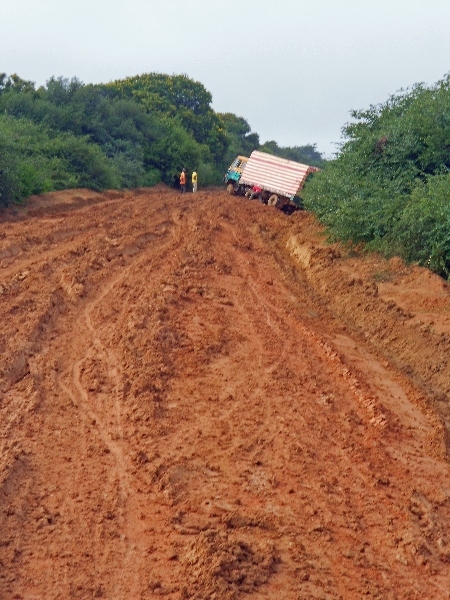 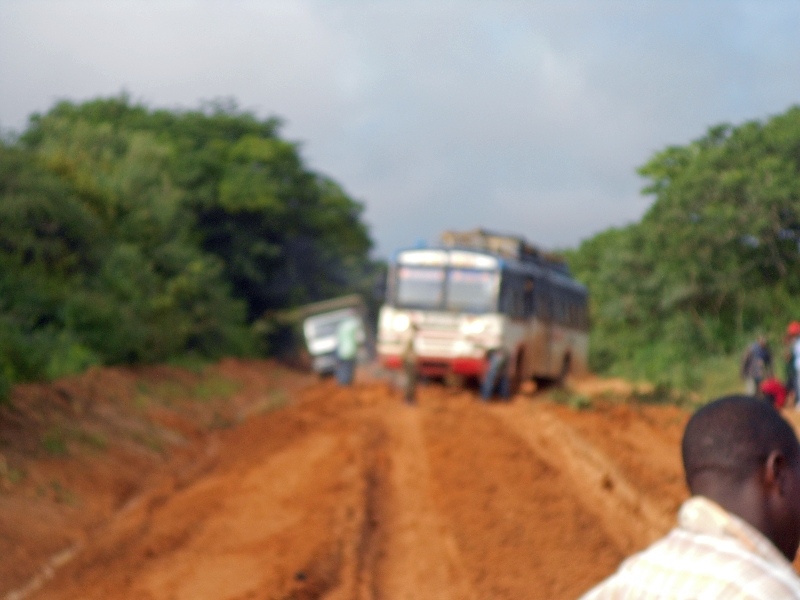 Enterprising locals were selling cokes near the stuck bus as we came past. The price had nearly tripled from normal though. I was thinking, “at least the bus got this far – so perhaps the road will be better later”. My thoughts turned out to be correct and not too much after the bus, we had some fairly smooth road and much quicker cycling. Hooray!
After lunch we had varied terrain with some low hills to climb over. The track was generally narrow and as photo of Anne below shows fairly direct cycling over the hills. 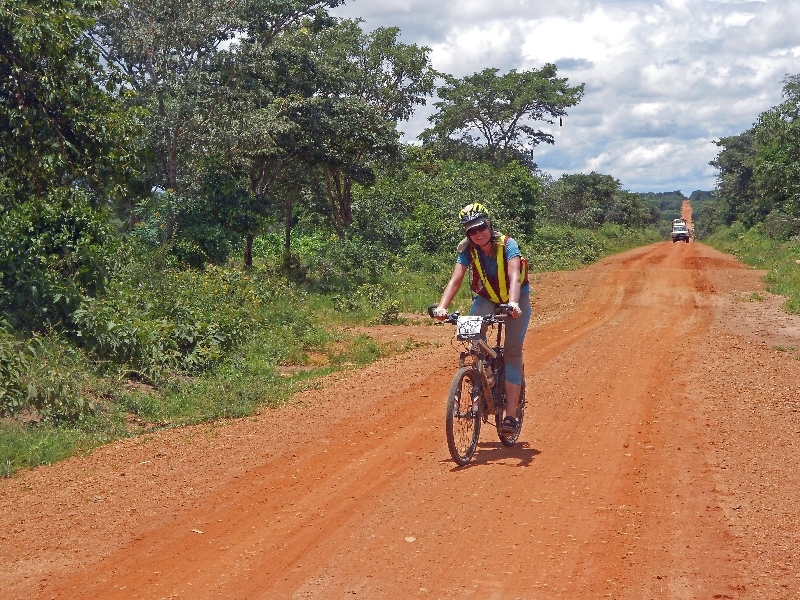 It was a longer ride and I was happy to see camp appear at 113km. Below shows some of the welcoming committee we found at camp. We have rain showers again tonight, will see what tomorrow brings.