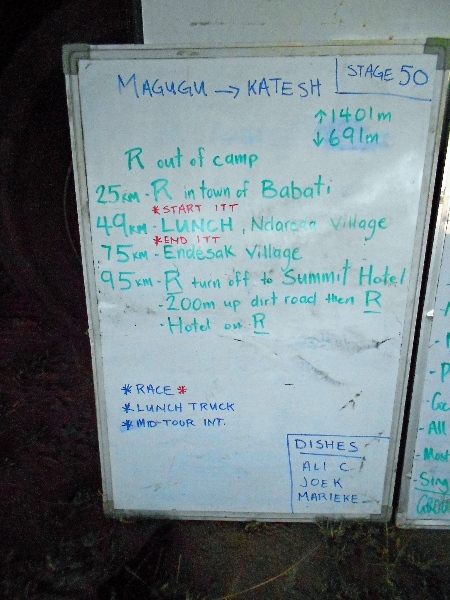 A shorter ride but with 1400m of climbing. We also replaced the normal “camp to camp” race with a time trial in the morning across some of the hills. This area is becoming more lush with healthy looking crops. Morning buzz was that in the night one of our toilet tents had been stolen. This despite local security at Magugu. Need to keep a careful eye on things here.

Today we cycled 25km before starting the race. The road started climbing even before and was surprised at how much climbing compard with previous day. I came to time trial started after most had started and took it fairly slow both up and down the hills. Just put in low gear and climb. By 40km, we reached top of the climbs and had some descents before finishing time trial at 50km. 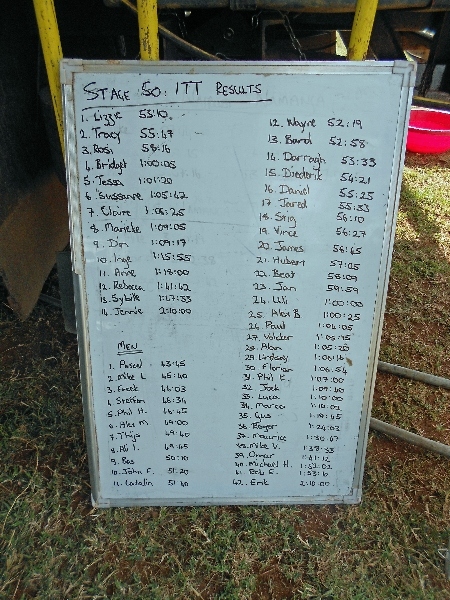 This area had many fields of sunflowers. It became overcast in afternoon but stayed dry. 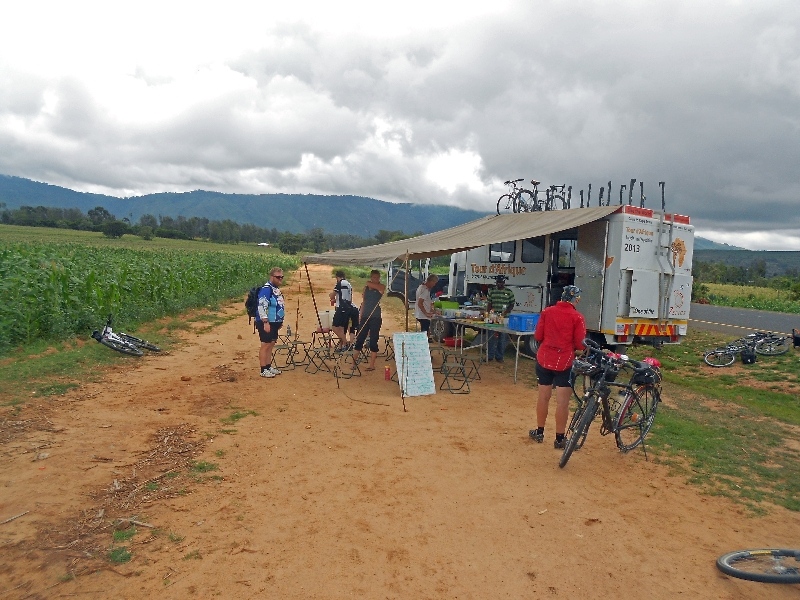 Most of our climbing had been in morning, so afternoon had fewer climbs or descents. Made a stop in a village at 75km and then cycled to camp at 95km. We were camped near a hotel with drinks and chance to celebrate St Patricks day. Some local riders also came up with photo scavenger challenge to see who could get particular photos. Four teams participated. 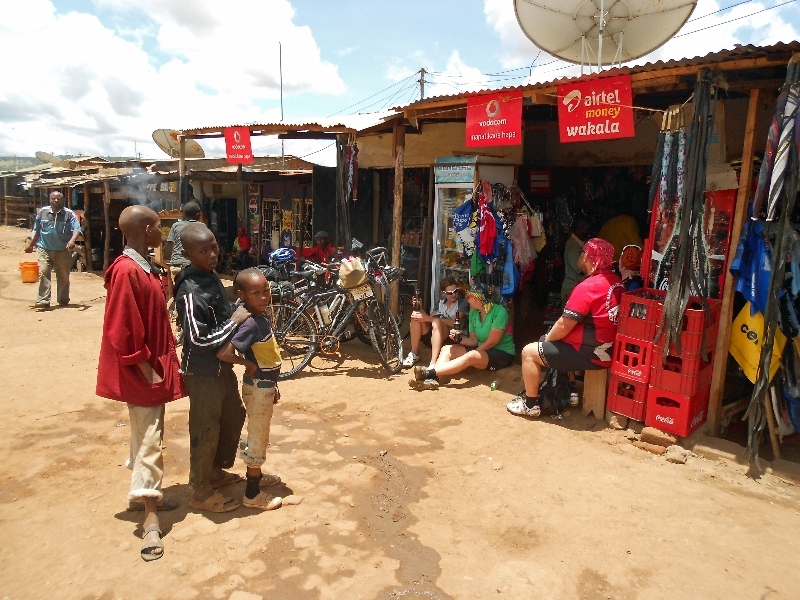 Evening rider meeting with Ciaran explaining the ride ahead. 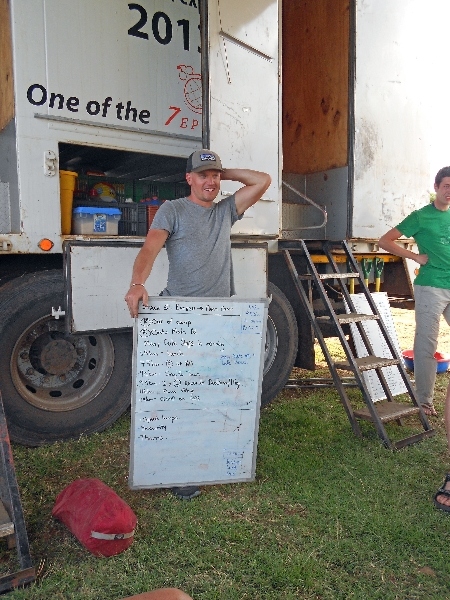