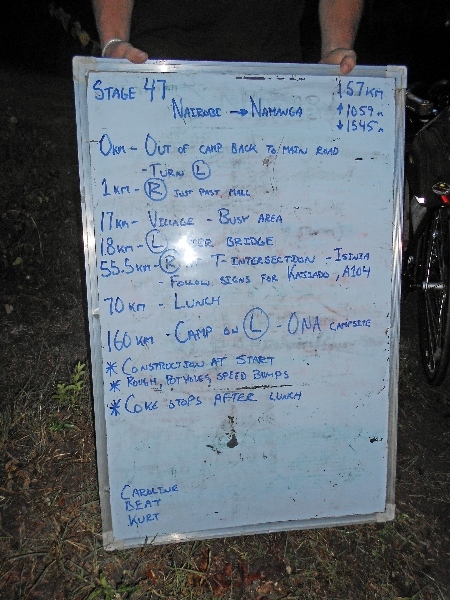 Today was a fun, though long ride. The first 60km different from the remaining 100km. We started from camp on smaller roads and heading “outbound” from Nairobi. Rows of cars backed up the other way heading into the city and not leaving much passing room on the narrow road. By 5km there came some breaks in traffic and we then came through populated areas until 18km where we had a turnoff onto quieter rural road.

The pavement started ok, but became rougher as we rode along. At 42km the pavement disappeared entirely for next 6km of gravel. After this smooth roads until we met up with main highway at 55km.

The remaining road to Namanga was very good surface and reasonably wide. The shoulders weren’t very rideable, but traffic gave us some room. The grades were rolling. Stopped for lunch at 70km and then back on this road past a few villages including one at 120km where locals had mixture of traditional Masai tribal dress and western locos (e.g. Houston Astros). 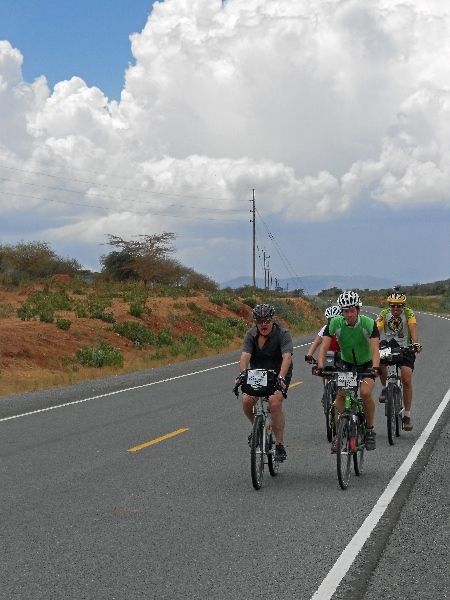 The last 40km was straightforward ride into camp. The road was wet and it had rained recently. I missed the rain, though those slightly faster got hit with deluge of rain. Those even faster got the rain while in camp. A tougher day but enjoyed the riding today.