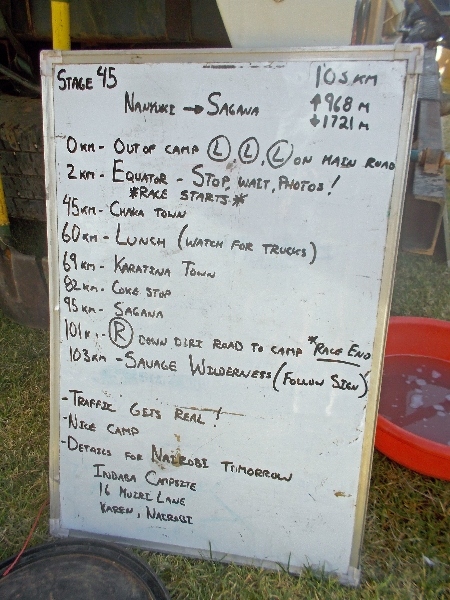 On the road again!! Landscapes have definitely changed since we were last on the bike in Northern Kenya.

With exception of occasional potholes, the road is well paved though without much in way of paved shoulders. Traffic is busier and hence we need to keep out for passing traffic both from behind and from ahead. Overall, vehicles do at least take care to safely pass.

We see coffee, tea, bananas and other tropical fruits. Along the road we even saw fruit stands with variety of fruits. Overall, the area appears more prosperous. People are friendly, and less reserved than the Masaii in Northern Kenya but also more willing to engage.

Today started with a synchronized start at the equator. We stopped for a group photo with the equator sign. Photo below shows the pile of cameras that all needed to get that photo, so instead I got the photo of the picture takers (I’m sure I can link to an official equator shot :)). Also here were pitchers the locals used to “illustrate the Coriolis effect”. 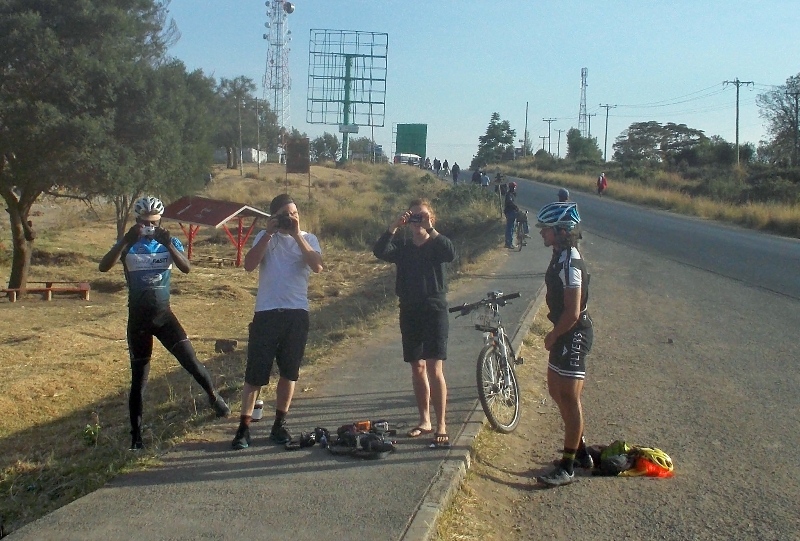 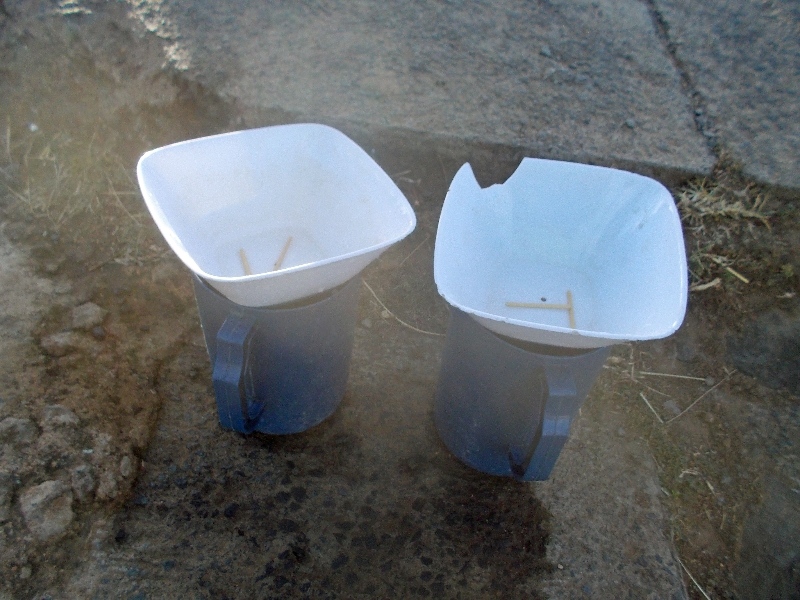 The next 20-30km as well as much of the day I would categorize as going along Mt Kenya. This 5000+ meter peak on our left, we went along some gentle ups and downs as we crossed into different drainages. I stopped briefly at 22km for coke stop and then we passed through town of Chaka at 48km with a number of roadside vendors. After this point, the hills became a bit shorter and steeper. We also passed along some chicken processors. 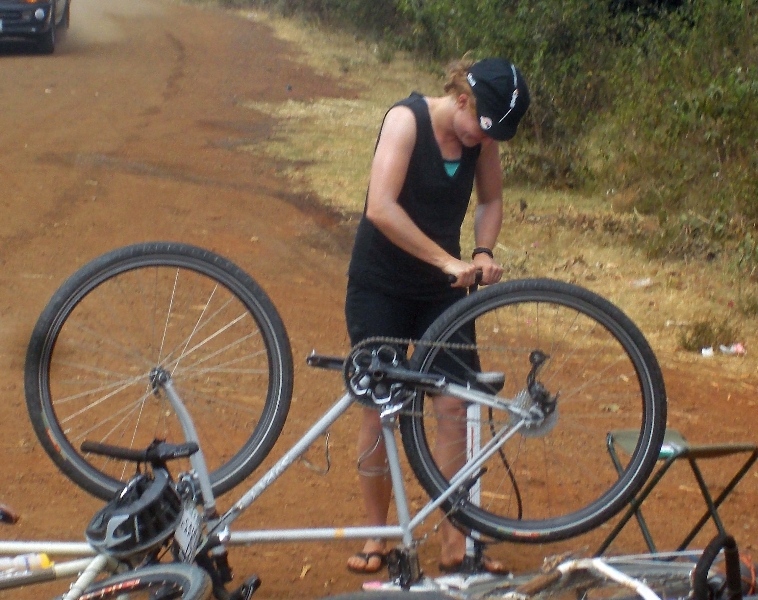 At 57km was a left turn and then a few hills before lunch at 60km. In photo above, Adele, the afternoon sweep gets her bike ready. The next 9km also hilly but then we reached an area with mostly descents as we the road had long declines. This was also the area with some curio shops and the fruit stands along the way. I was even surprised to see someone set out a series of chairs for sale. An indication that we’re coming closer to urban areas. 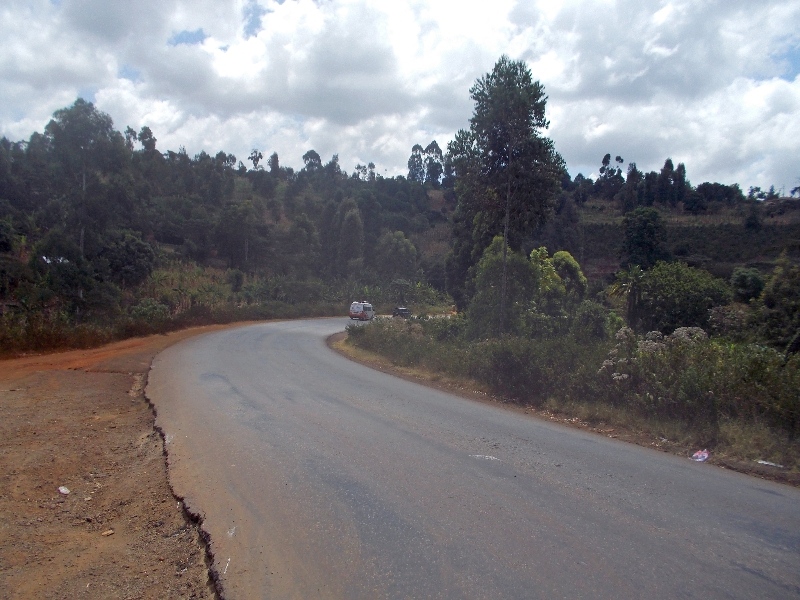 At 101km we turned off and then 2km of rough road to our camp. We’re camped at a “whitewater camp” with kayaks, swimming pool but especially nice is good lawn for camping. 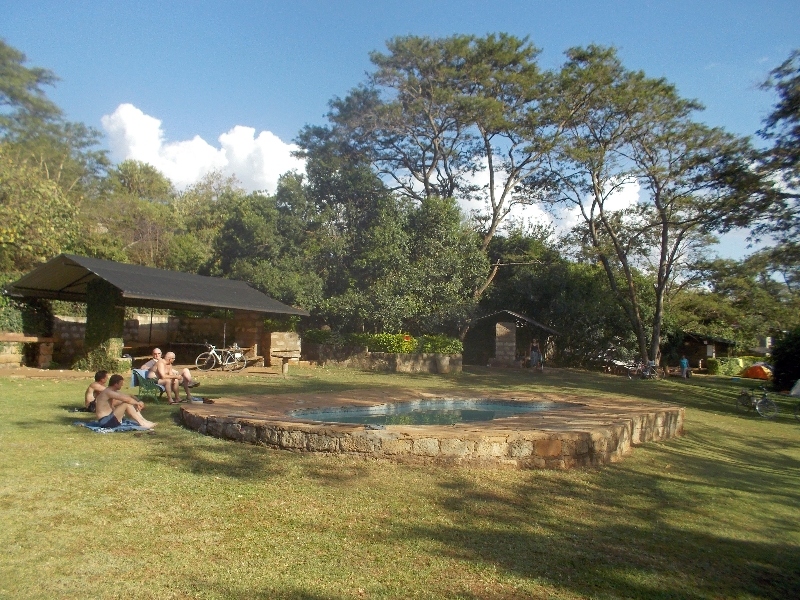 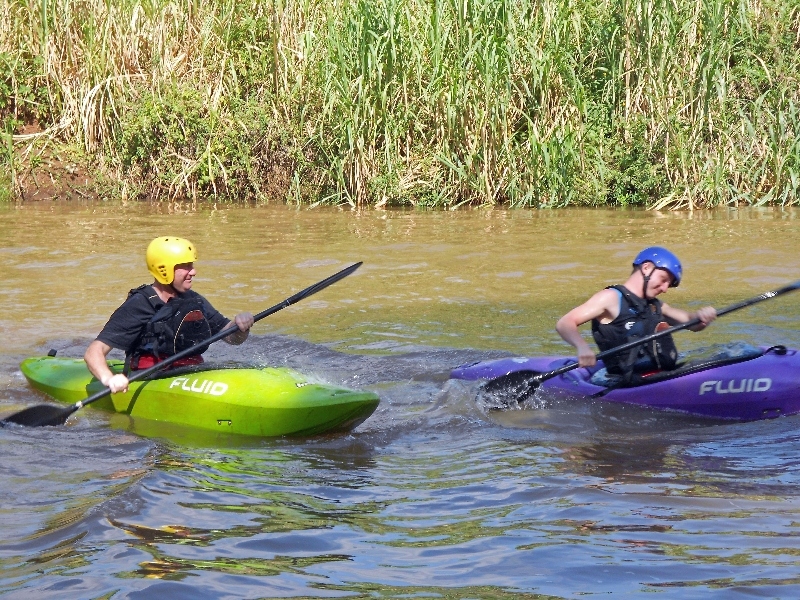