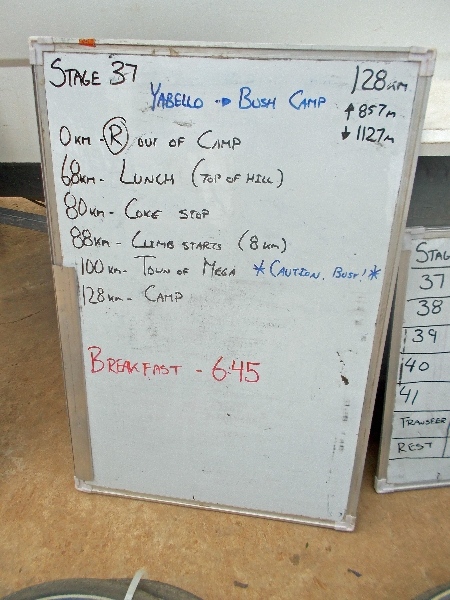 Breakfast had moved up 15 minutes and hence I was also on the road slightly earlier. The road from Yabello started out as a gravel construction road next to a new road almost completed. After five km or so, I saw some cyclists on the not yet opened new road and also joined them in crossing over. This new road wasn’t fully surfaced and riding left slight dimples in the graded surface. However, much faster riding than the rutted road. 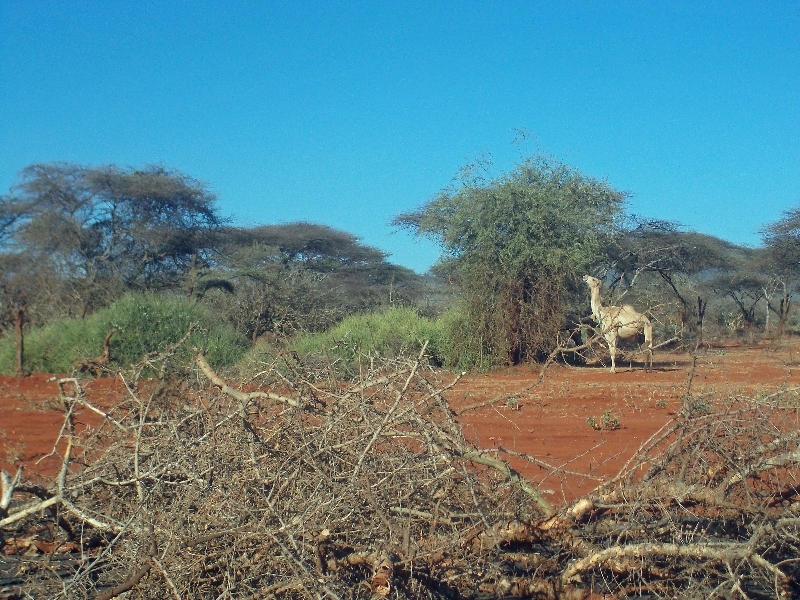 After 12km or so, there started being rows of rocks placed across the road or occasional rows of thorny bushes. However, was typically possible to ride between the gaps. However, by 16km the thorn bushes increased and we were forced back to the construction road. This was only a few km though and eventually all traffic was on new road. Wow! Nice new, smooth riding and much faster than before. This all lasted until 30km with only an occasional detour off the side where a bridge culvert hadn’t been completed yet.

As shown in photo below, we came past a fenced off camp with Ethiopian and Chinese flags flying out front. One building had Chinese lettering and there were still lanterns from the Chinese New Year out front. Chinese companies have built many of the roads in Africa usually with mixture of workers from China and some locals as well. This has made this journey easier than just a few years ago, though there are still enough rough roads to keep things interesting. 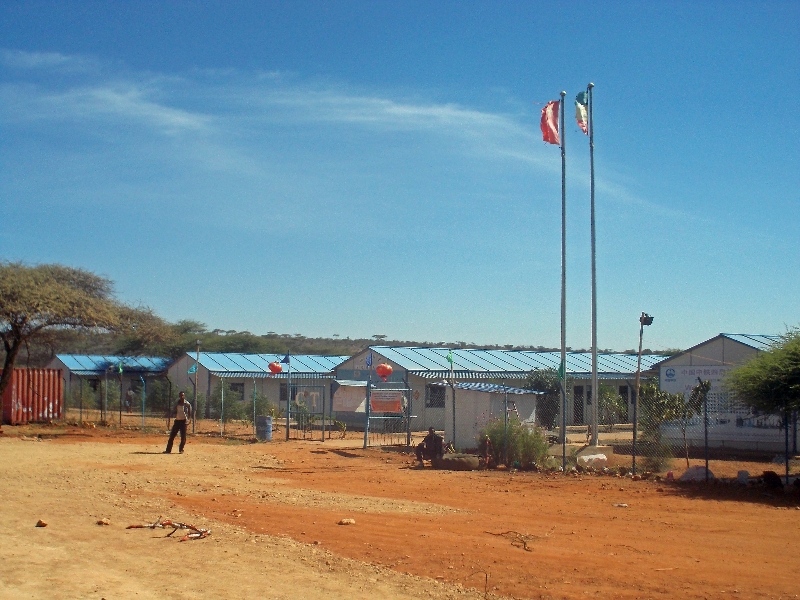 Our smooth road continued to 68km mark and lunch but not long after lunch the road was narrow and started to have more potholes. We climbed over a large hill at 88km and on descent on other side we came across town of Mega at 100km. It was nestled in one side of a large hill. Our last 28km was occasionally rough but with only low rolling hills. Overall an excellent ride today.