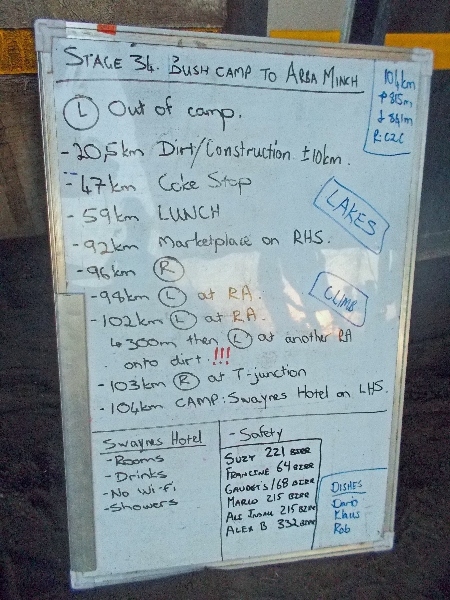 Last night it rained. First rain we’ve seen since Cairo. There was some thunder in distance and then later in evening the brief storm came through in two bursts. Everything dried by morning and even difficult to tell it had rained.

The route today brought us along a major lake and ending at slightly larger town of Arba Minch. An internet cafe lets me update today report rather than the abbreviated version you get from the cell phone. 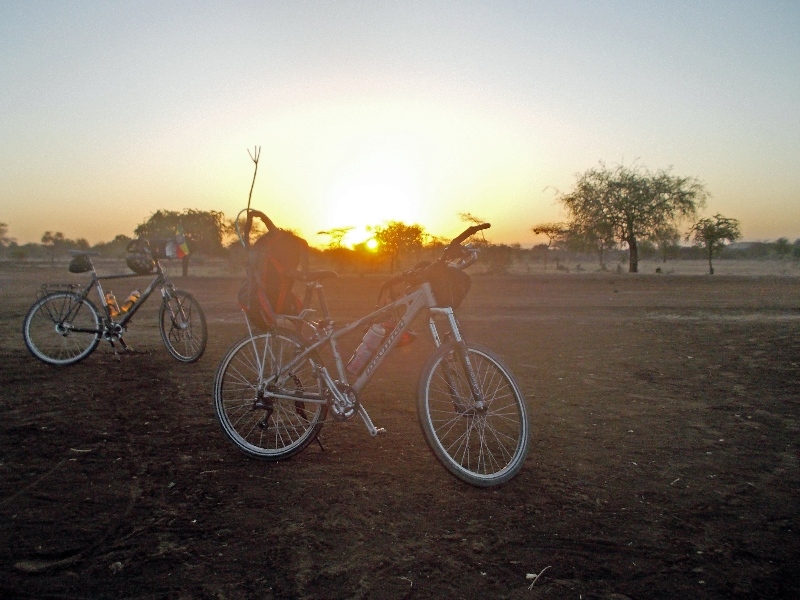 The distance of 101km was a bit shorter and there was also less climb (only 800m or 2500ft) today so that made for a relatively easier ride. Two things made it a little more challenging: approximately 25km was gravel road and of the remainder there was some rough pavement. The other thing that made it more difficult was many villages with children. They sometimes spread across the road to play chicken and some riders also had some tough times today with rocks.

This morning I packed everything up and got ready to ride. The route started flat and with good pavement, even slightly downhill. Still very populated. At 20km the road turned to gravel and initially was some tough riding. It also seemed like every shepherd was driving their cows/sheep/goats the other direction so would need to periodically cut across the herd. Fortunately this initially gravel stopped soon after crossing a village and then we were temporarily on smoother pavement again. However, for much of the rest of the day we would alternate between gravel and poor pavement.

After ~35km I saw first glimpses of the lake that we would follow today. This area is also a banana growing area and we saw many large green stalks cut up. There were some slight hills and a larger town for a stop at 47km. 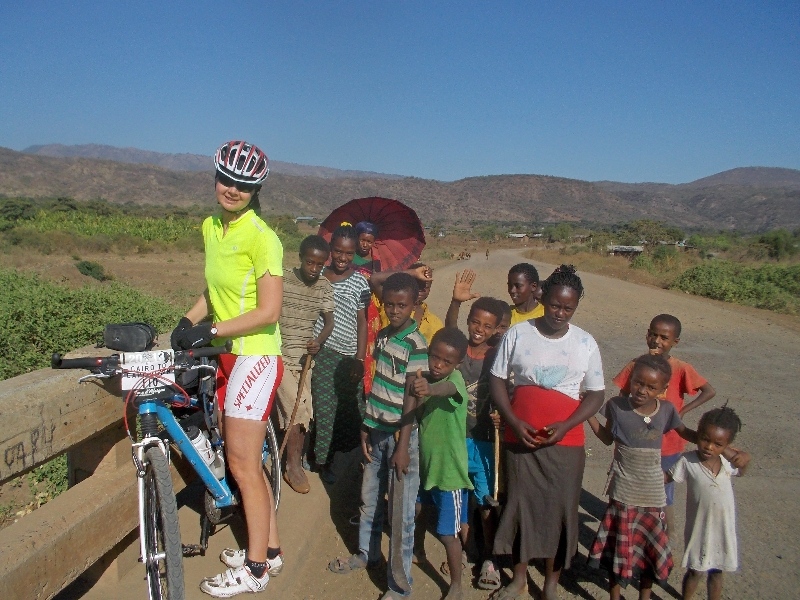 From this point still crossing some villages and without too much difficulty made it to lunch truck at 59km. After lunch it got quite warm. Riders were advised to ride in groups if this helped them with the children. I still mostly rode alone and didn’t have too much difficulty. A slow and steady pace brought me to a market on outside of Arba Minch at 90km and another coke (ok Mirinda) stop.

The town of Arba Minch is more developed with streets and shops. Our campsite is outside a large hotel at top of the hill. It was a slow climb, but we’ve gotten two rooms to take showers and otherwise was able to walk to this cafe nearby. Some have reserved rooms, but I’m comfortable in my tent.

We’ve got two days cycling to Yabello and a rest stop. Expected to have more off-road riding, so will need to see the quality of this off road section. Basic gravel isn’t too hard but rocky or corrugated will be slow going. We’re also a bit warmer as we’ve descended since Addis Abada.