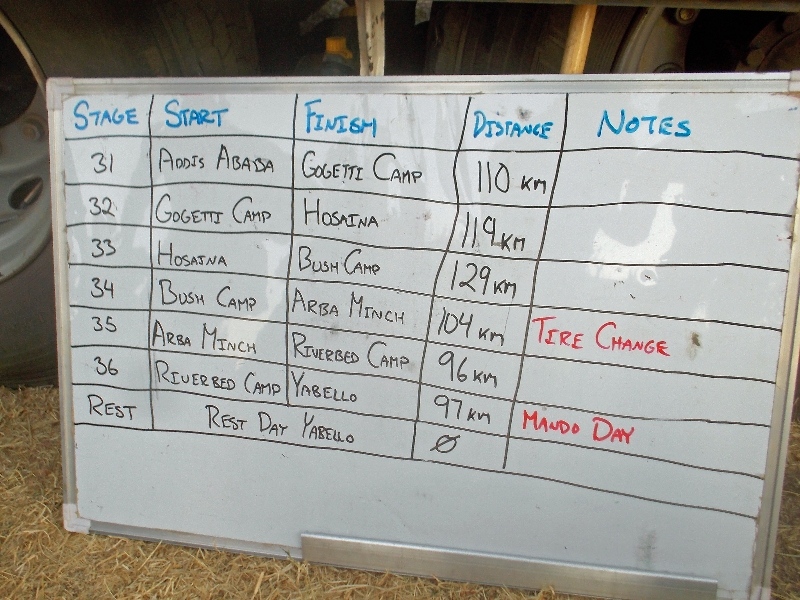 Today is first of a six day ride cycling south from Addis Abada. Distances and grades were reasonable and made for a good ride. 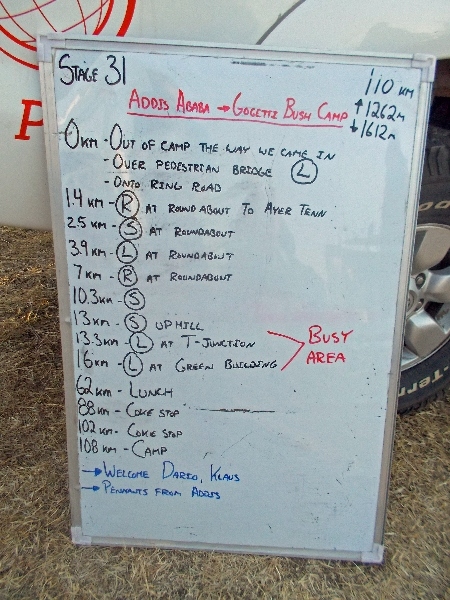 JJ one of the mechanics caught me just before breakfast and let me know by derailler hanger was bent and could break. He recommended replacing it – so found my spare in my locker and got that replaced. I haven’t had this problem before, but wonder if bikes are getting parked and moved closely together. 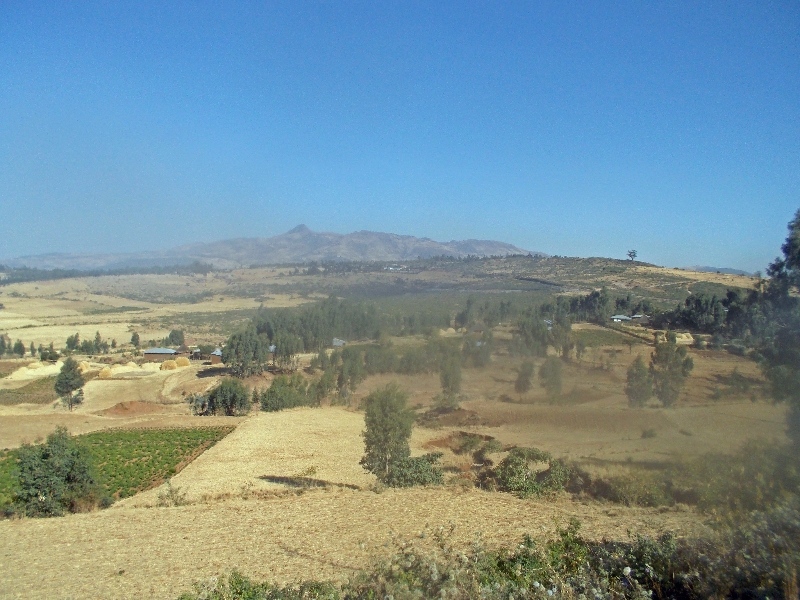 We left Addis Abada on our own directions without a convoy. The highways were big but could be ridden. There was a fair amount of pollution until we left road junction at 16km and over the hills away from the big city.

This road had more of a “rolling hills” sense today. It was still 1200m of climb, but grades weren’t too bad. We crossed some villages that didn’t have their own wells and so a large truck would stop to deliver water. 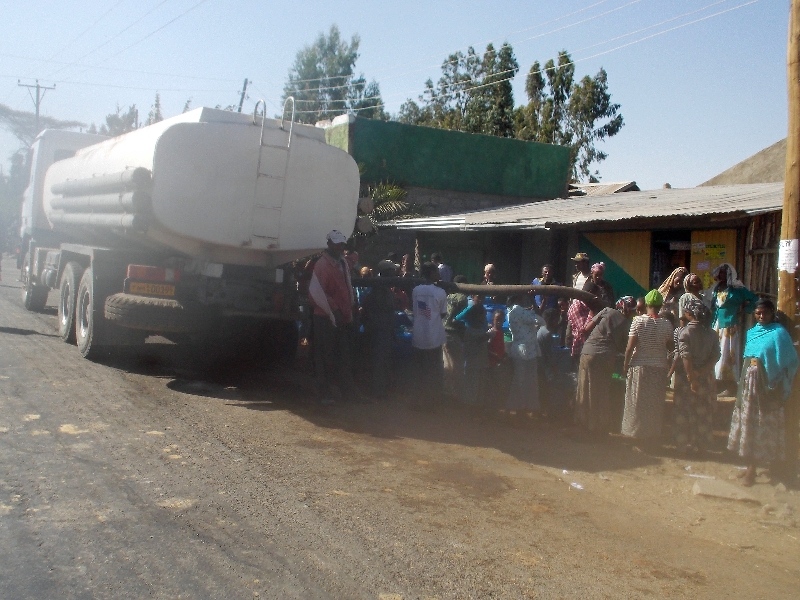 The peoples are also slightly different and we noticed this in the greetings. One village had street lamps which I hadn’t seen outside the big city before. 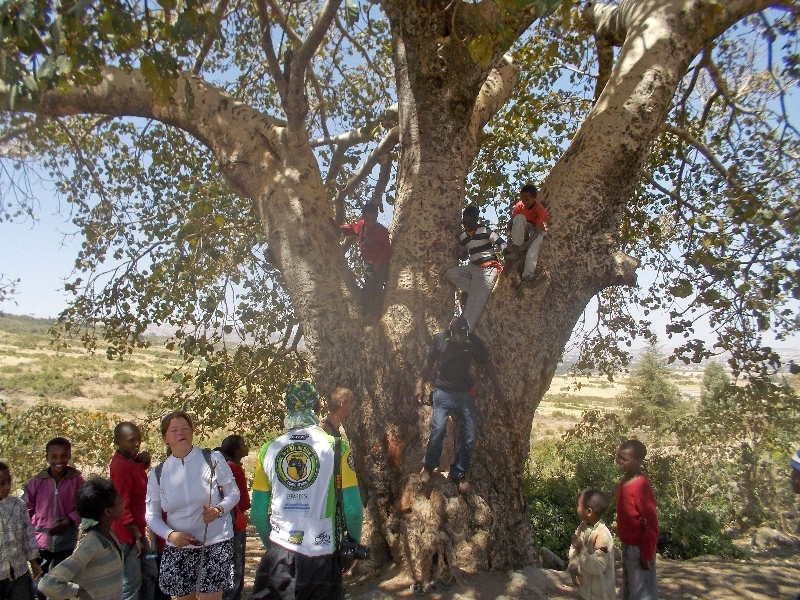 Without much trouble, I reached lunch at 62km. A descent after this and then a long slow climb with another descent starting at 88km. The last village we came through was Bui and then camp down on the right. Overall an excellent day cycling.