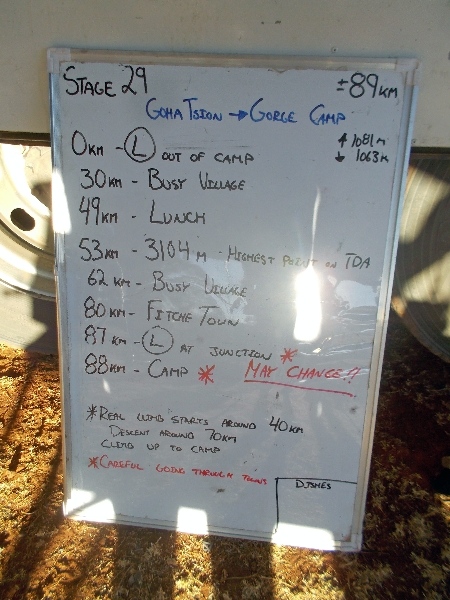 It was windy last night, could hear it rustling through the trees. This meant some headwinds today as well. We started riding across a village right after leaving camp. This was a general theme as we crossed many of these villages today. I am still amazed to see many of these villages with painted crosswalks, blissfully ignored by everyone walking the road, animals crossing wherever and general chaos on the roads. 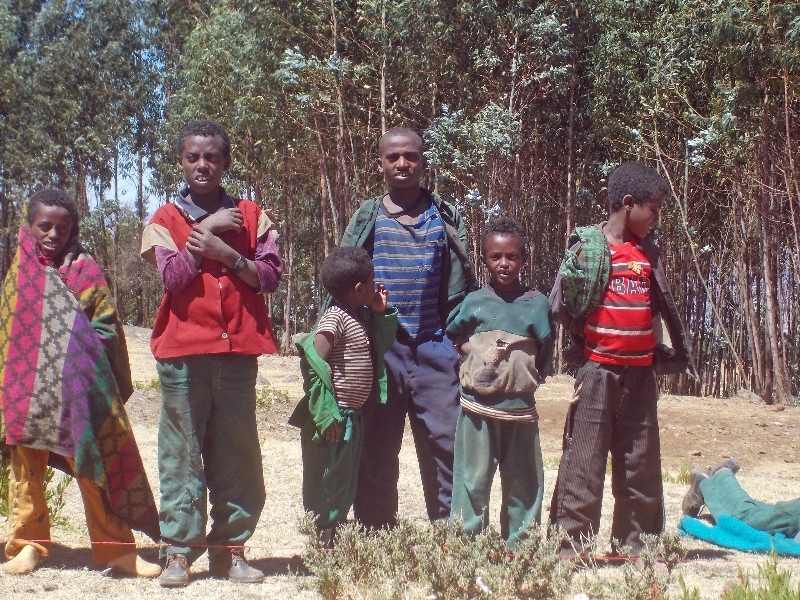 At 25km a larger town and a quick coke stop. After this at 35km we started climbing with a solid climb at 40km. Fortunately a lunch stop at 49km. Look carefully at child with red shirt on right and you’ll see “Obama” printed on the shirt. While not as common as “Fly Emirates” shirts that seem to be everywhere, there are also some Obama shirts seen occasionally. 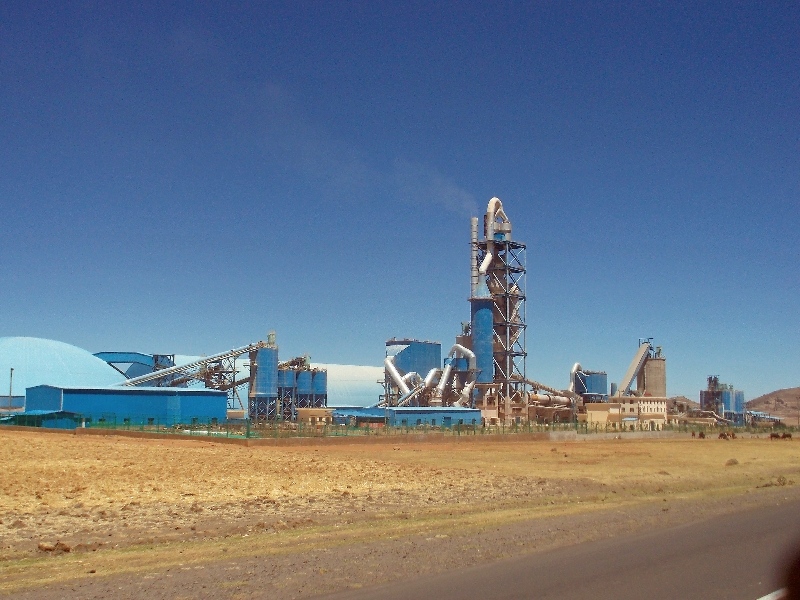 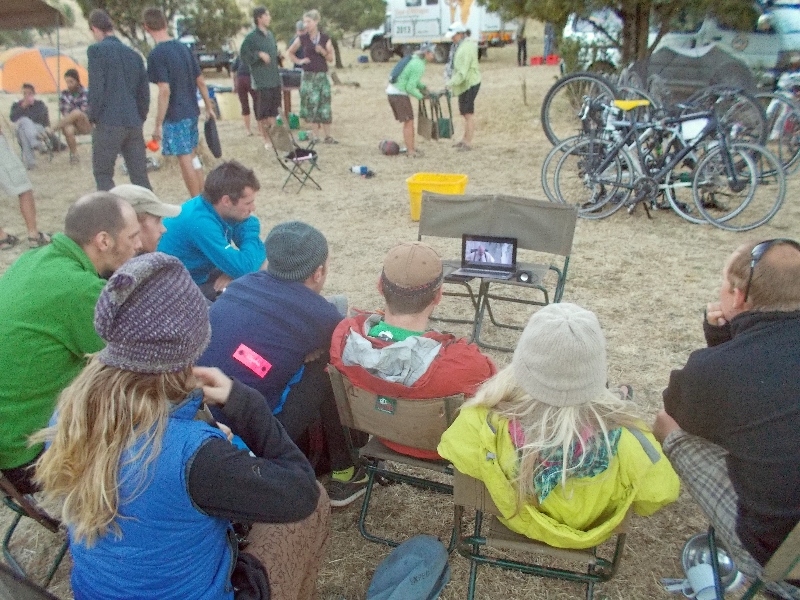 At about 67km our descent started across another town and then close to edge of the gorge at 85km. We were camped beside the road, but not far from village with restaurant and wonderful views down to gorge below. As shown in photo above, some riders also took opportunity to watch a film.