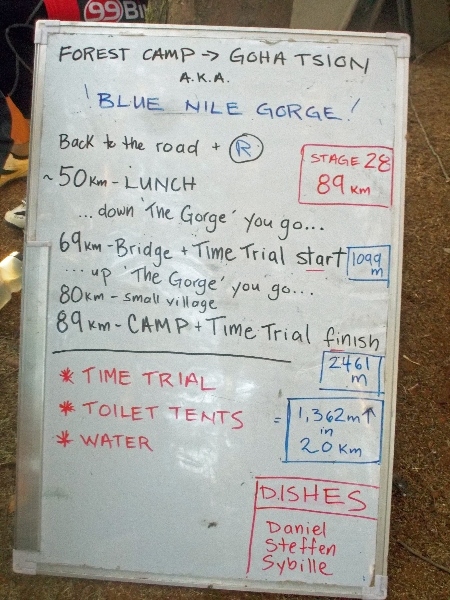 Today we crossed the Blue Nile Gorge. 4000ft of descent down to the bridge and then same climb up the other side. There was a total of 50km of prelude prior to the gorge that was rolling with some road construction. I knew I would be slower climbing up the gorge so made choice to ride truck to lunch and then get going before it got too hot. I also hadn’t been feeling 100% the night before. In hindsight, that was the right choice.

The first 50k were flatter but also had some pieces of bad road and some road construction. Eventually the roads here will be wonderful, but may take a while. This area continued to be farming areas and I am always amazed at loads some women seem to carry on their heads and backs.

I was thus as lunch as it was set up. Ate my lunch and descended down the hill. It was slow and easy with occasional stops. This brought me through one or two villages. The road had a few rough spots including some with brief pieces of gravel/dirt. 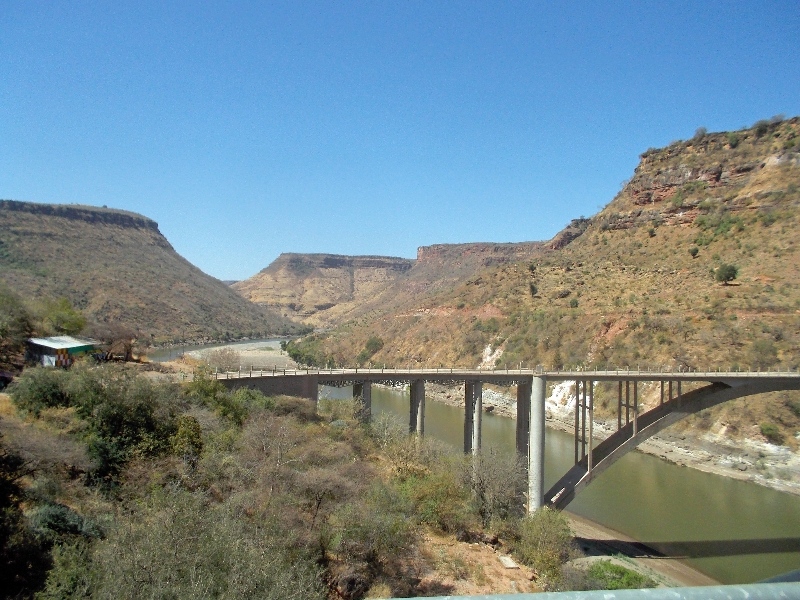 At the bottom I was first to the bridge. I was first to leave and start the climb. Saw several baboons near the bottom. The first 5km were slow steady and warm. At 5km, I walked some and found that at least as comfortable. I then alternated some of both and had a coke stop at 10km from bottom. From here a slow steady climb and found myself at camp at 36km. Yeah! Tomorrow plan is to cross 3100m and the highest point on TDA ride. 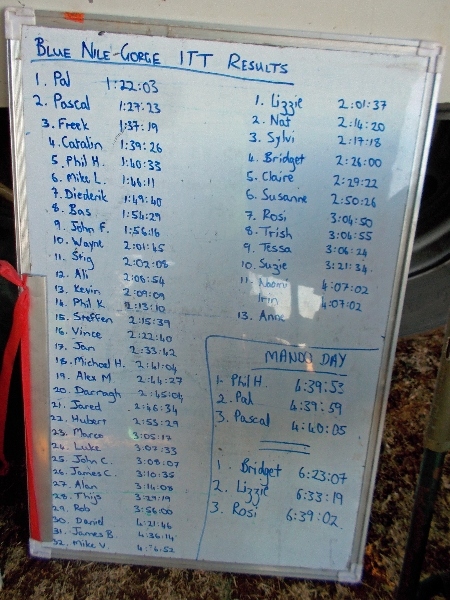 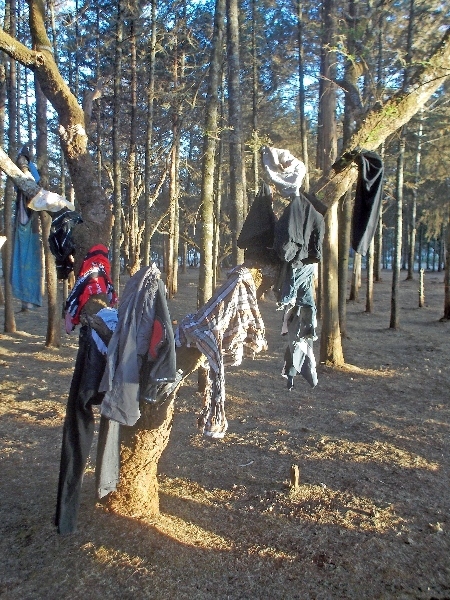