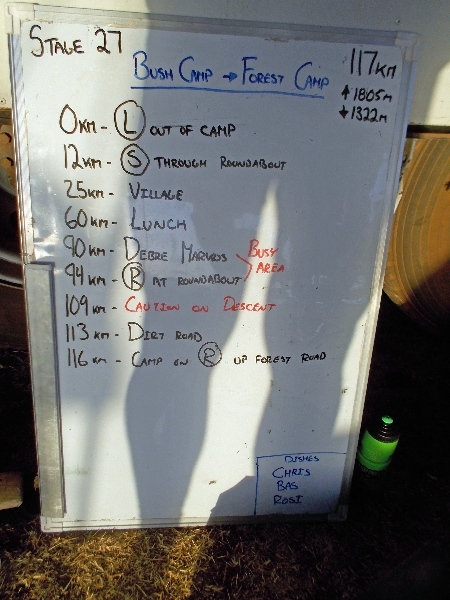 Our first 20km were flat and even some downhill! At 32km we started a first longer climb. Fortunately it was still cool so I could put the bike in low gear and slowly ride the hill. The views were nice as we looked over the countryside. After this a village or two as we dropped into the next valley. Kids were better behaved today. I also saw two instances that looked like entire classrooms moving the second carrying chairs as well. 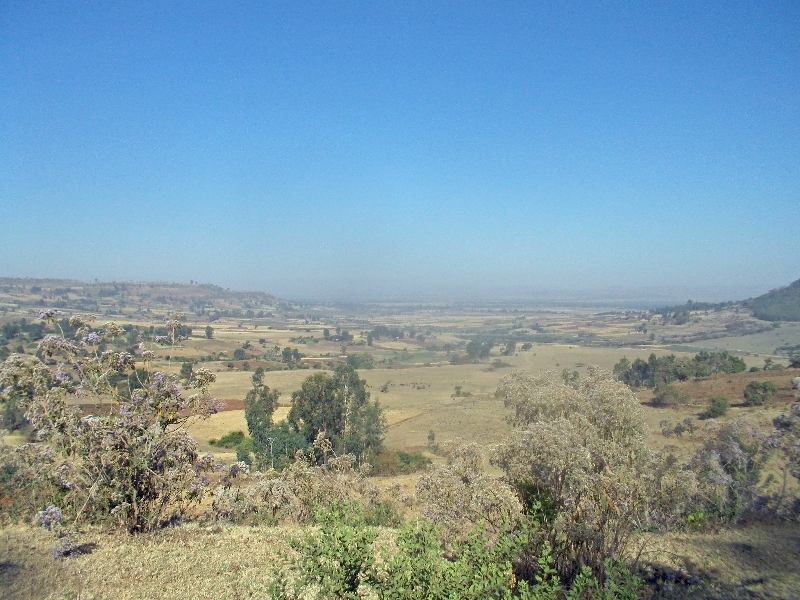 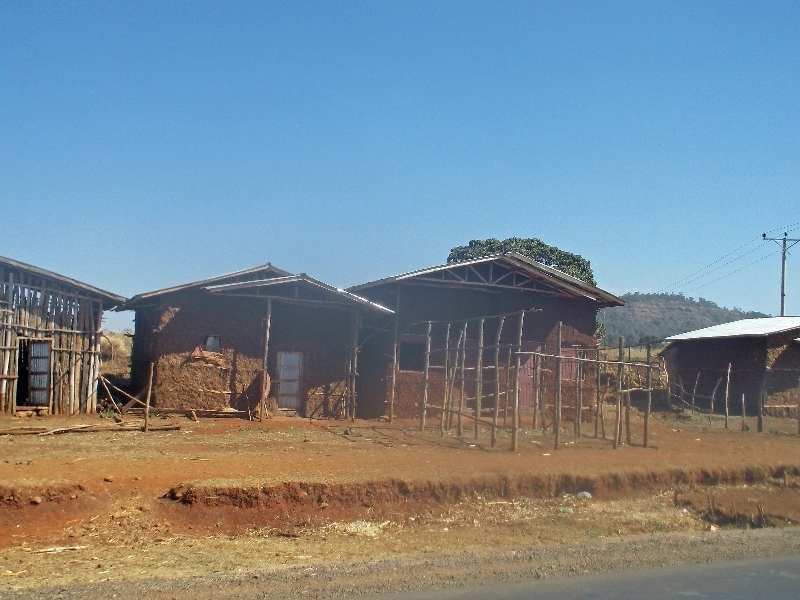 Some kids would say “money” or “birr”. I tried a few different ways of responding: either ignore it or instead saying “hello” but not sure yet on the best responses. 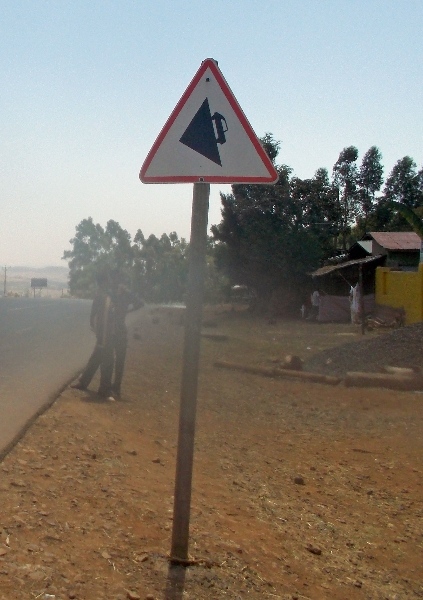 Lunch was at top of a long hill. I had some difficulty eating more than half a sandwich. The afternoon we had slight descent and then climbed across Debra Markos town, one of the large towns we’ve crossed (other than Bahir Dar or Gondor). At entrance you could see several hotels listed. In general, small hotels seem to be more plentiful here than further north. 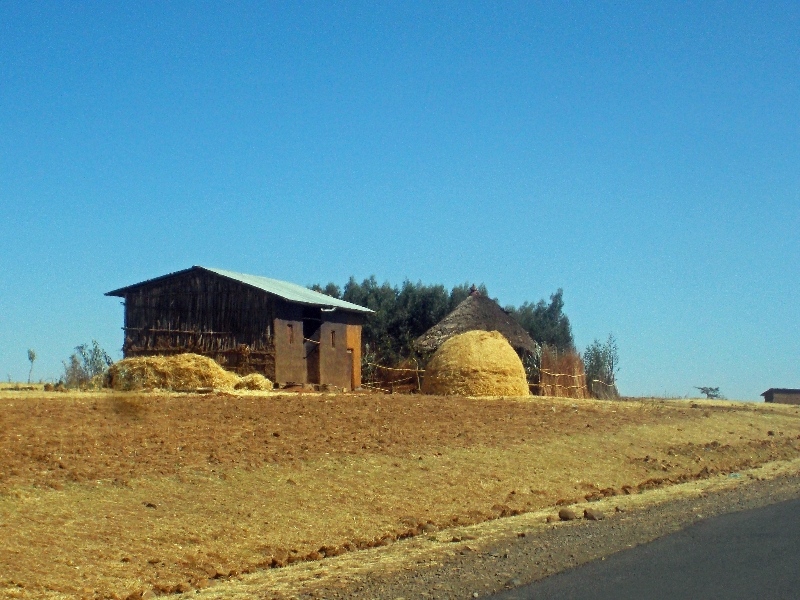 The road out of Debre Markos was a bit rough, so even though downhill still tiring ride. We had a steeper descent at 109km and then at 113km the road turned to gravel construction. It had been long hot day with a lot of climbing so walked some of the gravel road. We had last few km of climb into camp and I was thoroughly tired at end of day but also with a smile on my face.