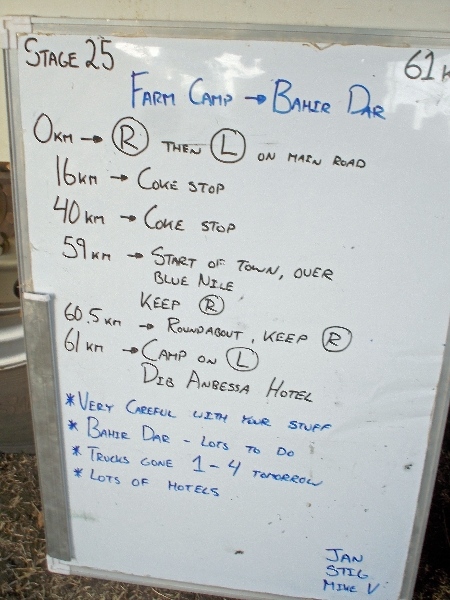 Only 61km made today an easy and enjoyable ride. Last night we had camped in vacant field in agricultural area.

On the ride first thing this morning we traveled through a village. Air was cool and most people were headed towards the village. Some with loads on their heads, others bringing donkeys laden with goods. Kids running along, as if heading to school. Most everything going to that little village and in middle you could see the extra bustle. The air had a whiff of smoke. Not sure if these are wood fires or dung fires, but I’ve seen both carefully stacked dried dung piles (think brown lumpy frisbees in a pile), but also people carrying large amounts of firewood sticks as well. The wood surprises me some, since I would have expected with some many people they would be de-foresting more of the area. 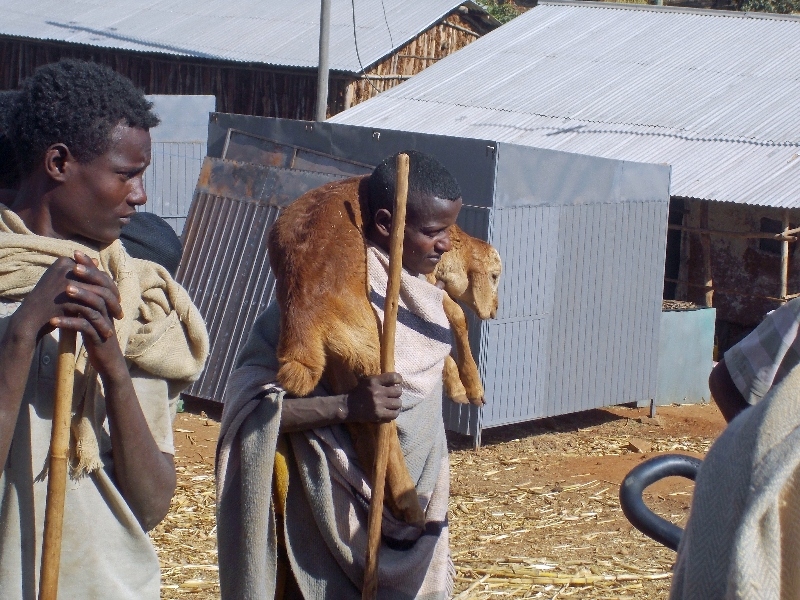 After passing through the village the route went up and down over some low hills and then across a large open area. After this we slowly climbed again. Climbs on this part are easier than road from Metama in part because the road is more uniformly graded. If it climbs, it climbs at 5%-5%-4%-5%… instead of 12%-2%-9%-3%, etc. On this next stretch I had a rock hit me, didn’t even see the kid throwing it. These rocks are a but unfortunate, but subject of a later post and I still can mostly defuse the setup if I see the kids. 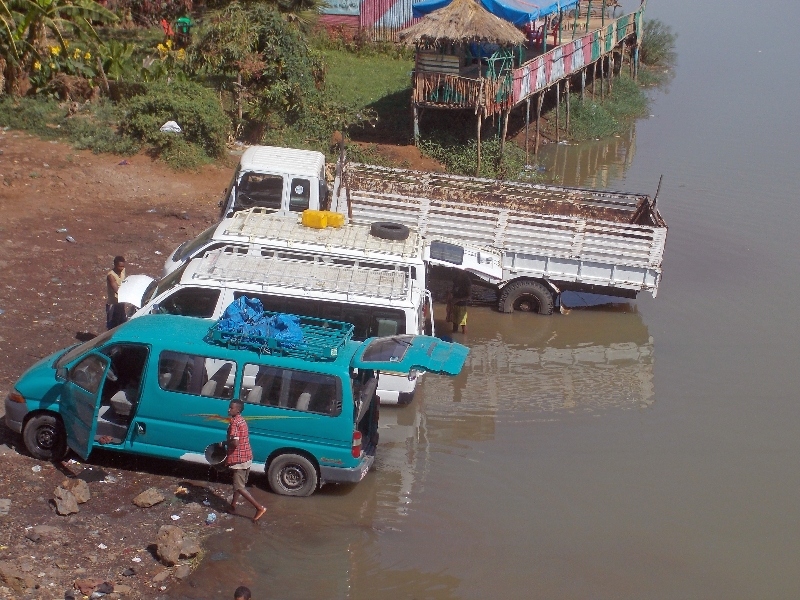 Saw a few different agricultural items today as well. Longer deep trenches. Not sure why and not quite irrigation with how then would go down the hills but deliberately dug. Also saw a few pigs running along. Adding to the staple of goats, donkeys and horses.

A slow climb over this hill and then across again. Each hill and each bend in the road brought something new. At around 40km, saw a cluster of riders surrounded by a large mob of curious locals. Coke stop! So, I stopped as well and paid 8 birr for a Pepsi. It was fun answering questions and interacting.

After this brief stop a final ride across the Blue Nile exit from Lake Tana and then into Bahir Dar. Without much difficulty found my way to our stop. This was at a hotel. Those camping do so on the terrace roof of the hotel and others got rooms. Since I had a room in Gondar and that was just two days ago, decided for camping this time. Seems to be an issue with shower water, but should get sorted out soon. Now a chance to rest and be a tourist again before a challenging five day ride series.

Photo below is Yanez, normally assistant cook (and not a cyclist) but riding in today. 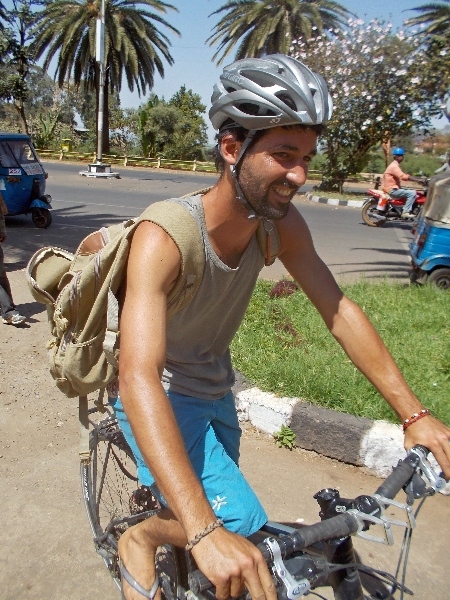 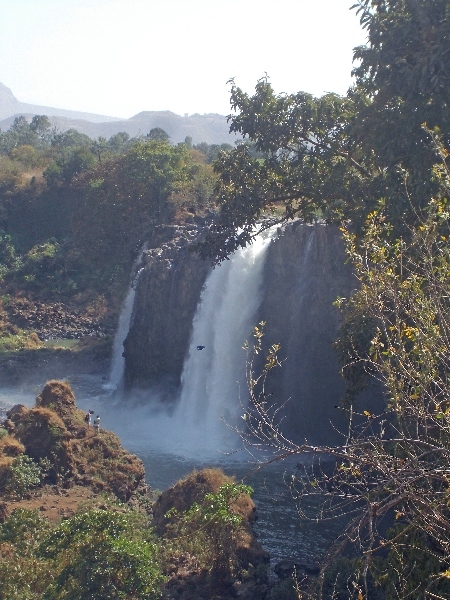