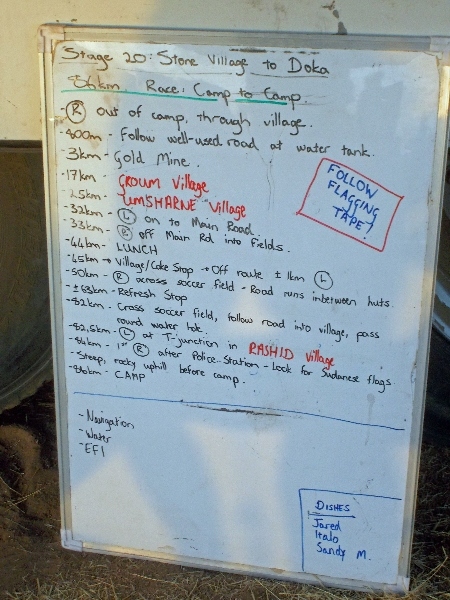 Today I ran to my limits and wasn’t able to complete the ride all the way. Already a slight precursor previous night as I didn’t quite have appetite for seconds for dinner. It has been a tough day, but figured a good rest and I would get back on the road.

Overnight we heard lots of sounds camped next to the village. The donkeys sounded like they were in serious distress. Still slept ok and was up packing everything and was on the road. This was our third day of unpaved cycling in a row. While the corrugations were slightly worse yesterday, we still had plenty today. Imagine taking a road through open fields during wet season and then having the earth dry and crack up. Those cracks form both ruts and then very ugly corrugations the other way. 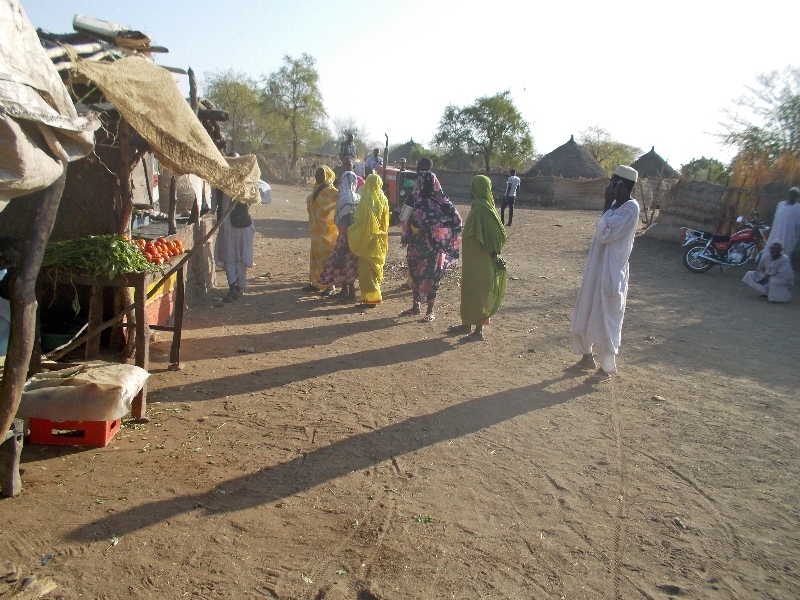 We had a village at 17km and I went slightly off track to find a coke stop. It was already getting warm, so I repeated the exercise with another drink at 25km. After this we cycled to 30km and the main (unpaved) road – slightly better cycling but at 34km we turned again and headed across the fields. Another 10km and I was at lunch at 44km. It was hotter than the two days before.

I wasn’t feeling 100% and could eat one sandwich. I seriously contemplated taking the truck and mentioned it to one or two others. However, a bit of an extended break in the shade and a bit of watermelon and I felt good to go. I was also encouraged since there was a “refresco” stop at 63/64km spot so I would be able to refresh and look again.

It was hot cycling to the refresco and the corrugations were at least as bad as before. I was able to keep cycling and was pleased to see the refresco eventually. Another long pause here since it was still very hot (my cycle computer said 117F someone else had computer say 49.5C…not sure if it was as hot as that but my best guess is still in excess of 110F).

Note: In retrospect I downloaded data from cycle computer. Data after 78km isn’t valid as the bike was on top of vehicle and I forgot to turn it off. However, shows maximum temperature of 47C (117F) and several 10km segments with average temperatures in excess of 43C (110F).

I sat at the refresco for a while and thought of my options. It was 18km to next coke stop at 22km to camp. I decided to go for it. This was a mistake.

At first the cycling went ok. I had drunk at least 10 liters of water that day and had 5 liters with me. However, the corrugations were still bad and I think I still had energy deficit from not enough lunch. I started counting kilometers. At km 75 I walked some of the corrugations and then alternated a bit after that. Not much longer and I decided I would get on the next truck that came past. That happened at 78km. While I was only 4km from the coke stop, I knew it was done.

I was happy Sharita picked me up. We dumped water over my head and I had a cool bottle to drink. I was feeling nauseous however. The bumps on the road didn’t help. I opened the door and threw up a while. There was plenty of water/fluid there but perhaps not enough salt and/or it has gotten too hot to absorb. We paused briefly and when we got to Luke, I stayed with him in shade while Sharita went to go after others. On the way back we all went to camp.

I tried to cool down at camp, but it was still too hot. Tried to drink, but it didn’t stay down. Other riders were very helpful (much appreciated) and eventually I was in the heat exhaustion ward with half a dozen other riders (most of whom had gotten into camp but then been afflicted later). In the end, we put in an IV line and dripped in some saline water and sugar into my system – along with some anti-nausea medicine. This let me eventually get some salty fluids back in. I was still very weak, but evening eventually cooled down.

Much appreciated as other riders had helped set up my tent and saved some rice from dinner. I had met and probably exceeded the limits of how far I could go – particularly with the extra heat that day – on the third day of ugly corrugated roads. Feeling a bit helpless with an IV line in my arm had me think I would take it a bit easier the next few days until I was more certain I had rebuilt some appetite and strength. Didn’t want to repeat that one again.

[Postscript: Took the following day all day on the truck and the two days after that riding half days; now in Gondar and feel pretty well recovered but once bitten twice shy, so being just a bit cautious. I think particularly the extreme heat did me in this time].