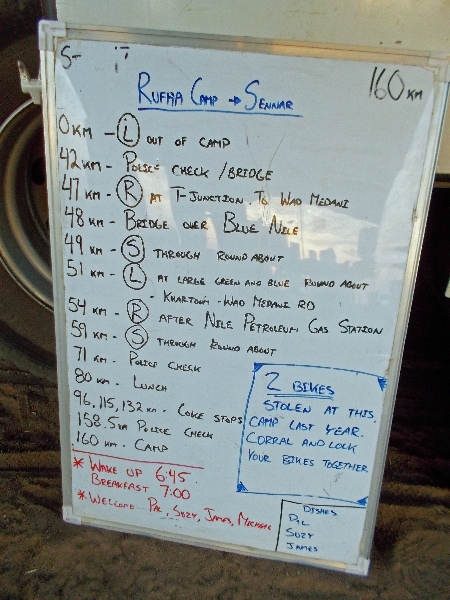 A longer and more varied day today. We started the day on smooth Chinese-built road. This is nice, though it also tends to bring us past rather than through the towns. Today changed a bit of that. 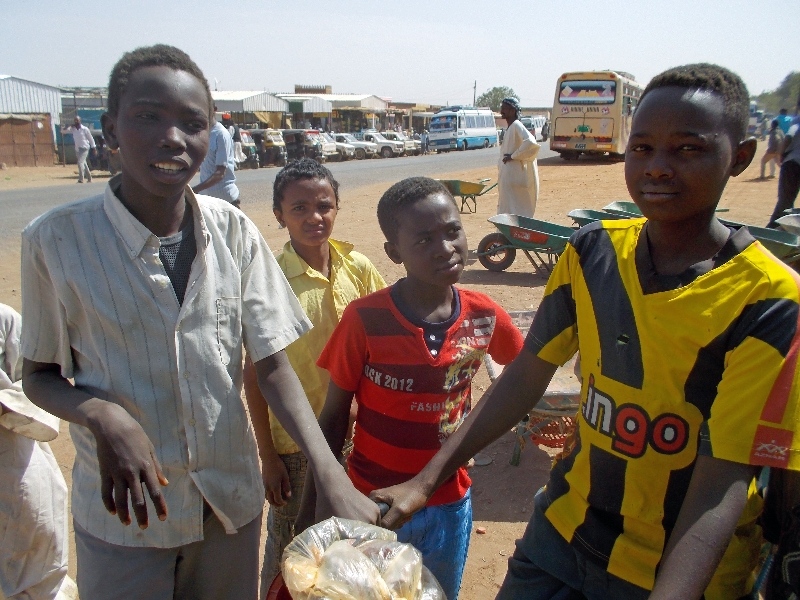 At 45km the road essentially became unpaved. There were tire tracks we could pick in the next 2km. As long as you picked the track, it worked well. We then crossed over the Nile River and in through middle of larger town. Here the fun began. The road became very rough pavement and through congested area. People and bustle everywhere. This all lasted until about 65km. 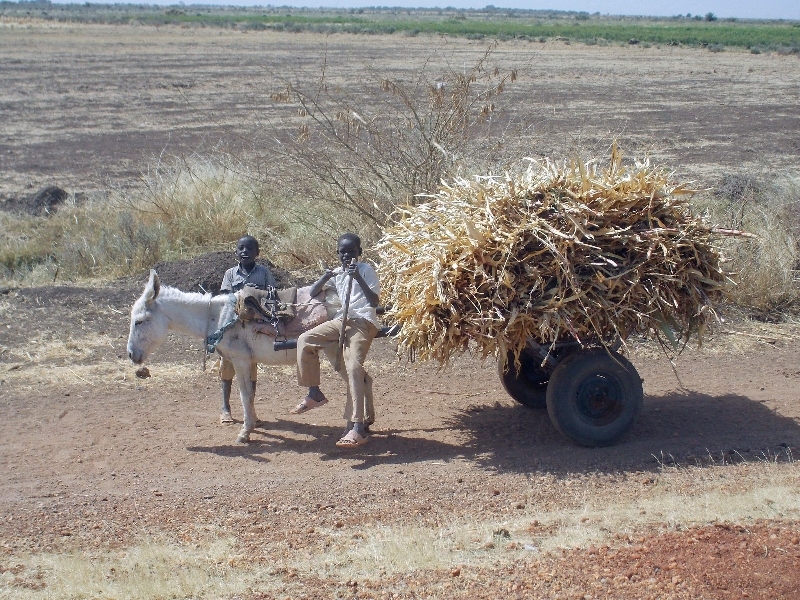 After this the road switched between crossing urban zones and countryside. I stopped once or twice as it was getting warmer. As we stopped, people were curious about us and we them. After this followed a canal for last 20km and a campsite in abandoned amusement park in Sennar. 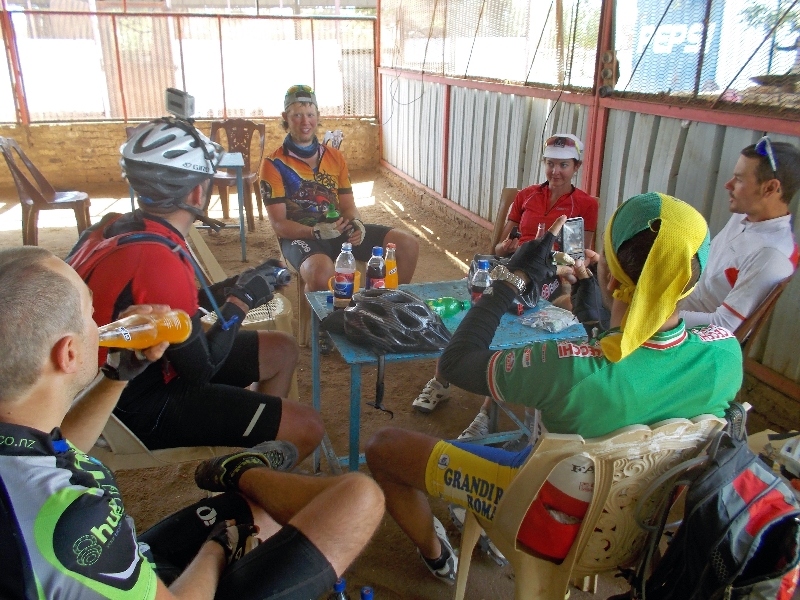 Sennar had put out the red carpet for us cyclists. The local town dignitary came and gave an official welcome. The local karate and gymnastics teams put on exhibitions. The locals also gave us a cola drink and peanuts and banana. We also got a brochure about tourist highlights of Sennar province. I talked with local officials and they clearly wanted to get word out about tourist wonders here. 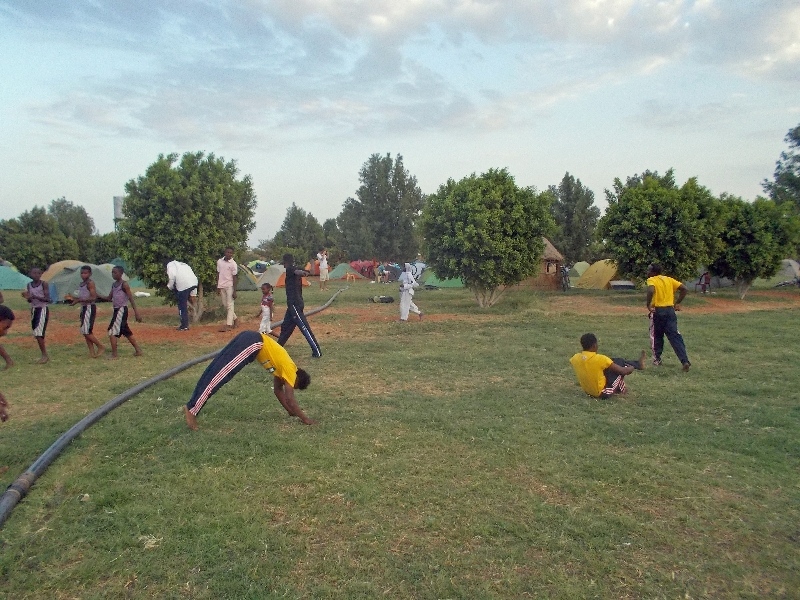 In afternoon people changed tires for off road sections ahead. Mine are probably fine and so I’ll be riding same tires for both. Will see how it goes.