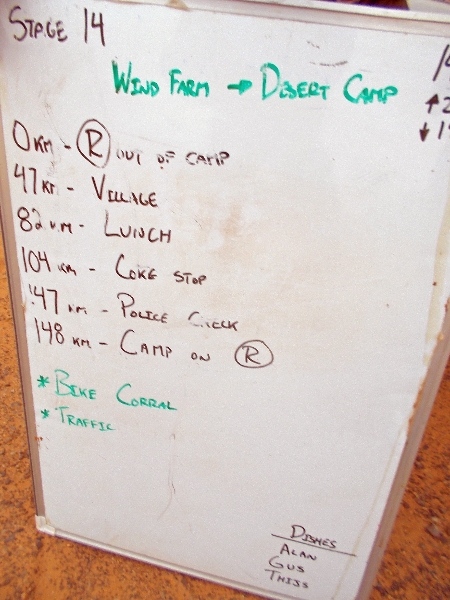 The wind died down briefly before midnight but then picked up again. I got a mixed few hours of sleep as I heard the tent go in the breeze. Before 6am, while still dark, I planned my next steps. How was I going to get the tent down, all my stuff packed and not have anything blow away?

I carefully staged things into panniers first. Was the thermarest too light to blow away? Just to be safe, decided to make trip to truck to store away thermarest and sleeping bag. Now with some carefully planning and a few large rocks, I was able to make the rest stage by stage and get the tent packed away! A big sense of accomplishment, though the tent did weigh a little more with some accumulated sand inside.

It all got easier after that. Breakfast and I was on the road. The official race had been canceled due to conditions. There was perhaps 300m visibility on the road and the sands would shift across, much as winter snows sometimes drift. The sun was up but pretty washed out and faintly visible. Still good to have that sand mostly coming from behind. 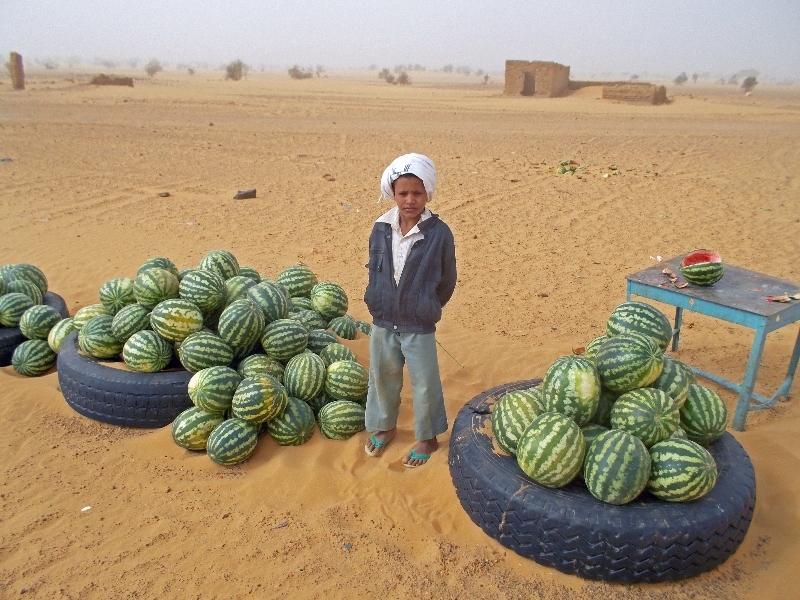 Gradually the day got better. Eventually the sun was able to cast shadows and while still hazy, the extra sand started lifting. I cycled mostly straight to lunch though shortly before several interesting watermelon sellers.

Tried stopping at coke stop at 115km but for first time, slightly uncomfortable as had many folks mostly standing around and making some comments. So pretty much quick ride from there and into camp for the day. Winds much lighter and I was even able to shake out some excess sand from that tent.