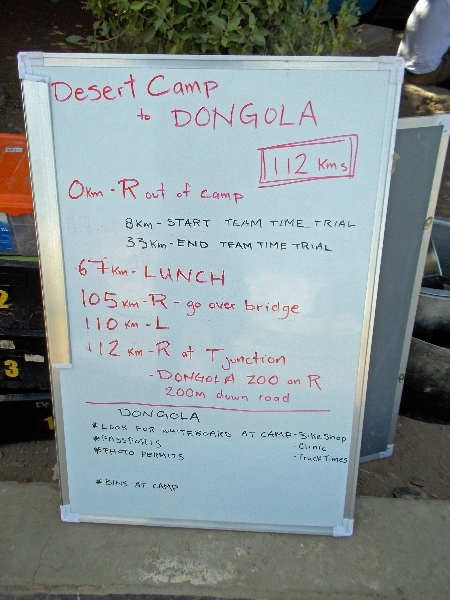 Glad to have reached Dongola and another rest day. Today was shorter and hence easier than yesterday, though the afternoon still got hot. 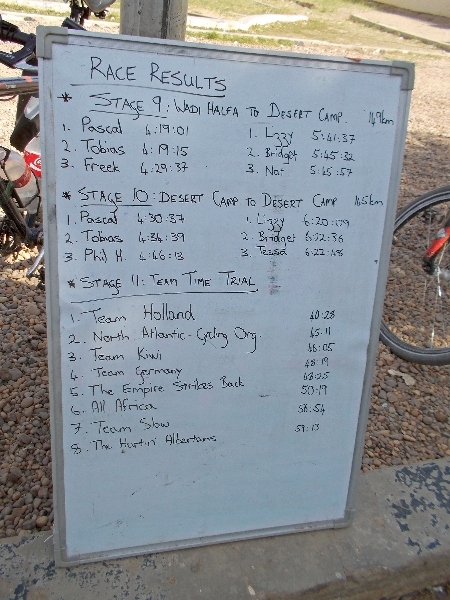 This morning TDA held a “team time trial” instead of the normal race. The idea was to organize in groups of four or five and then cycle as quickly as possible, with time determined by the slowest rider. Most groups were geographically arranged, e.g. team Germany or team Holland and team Holland was the quickest in just over 40 minutes. A group of us who weren’t particularly fast but had similar speeds grouped together to form “team slow”. We ran all together and had fun. 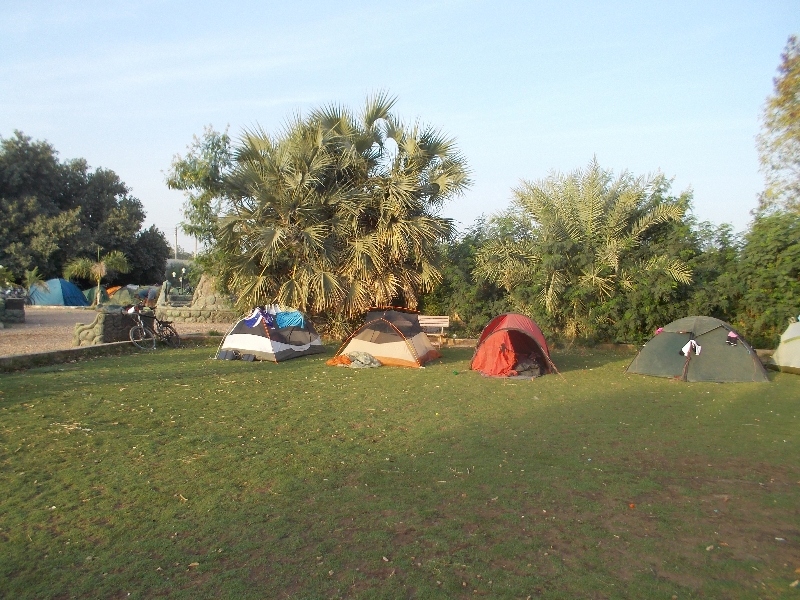 After the time trial we were already over halfway to lunch. Just the right spot to refuel. We started seeing more irrigation and towns were larger. Fortunately, the coke stops continued in afternoon and without too much trouble we found ourselves at the de-commissioned “Dongola Zoo”. No real animals here other than us, but some nice statues. It was Friday holy day, so time was somewhat shut down. Tomorrow washing, cleaning and internet.
↑