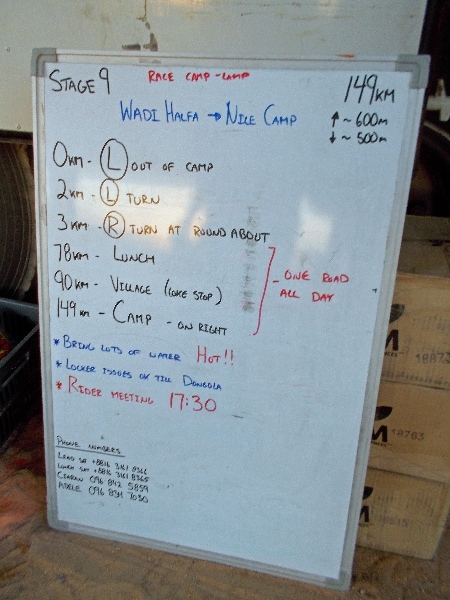 A longer and hotter ride for our first day in Sudan. The roads are very good and much less traffic than Egypt.

It was a new adventure to pack everything and fit it into the locker, but having separate panniers works well since I organize first into the panniers and then fitting the locker (choke point with many people) is just putting them in.

With the time change, I was on the road shortly before 8am. It was cool at first and good riding. We left the immediate Nile area and while parallel to the river, didn’t see it until end of the day. There were a few gradual raised areas and what we were told were mining camps. Some tailwinds helped and I was at lunch stop at 78km. 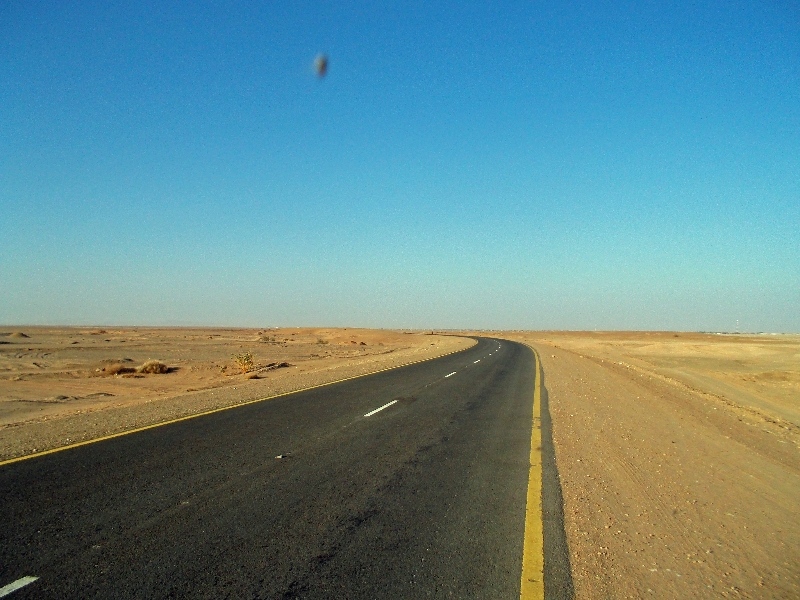 After lunch it got considerably hotter. My bike odometer said 39C or 40C including some reflected heat. At 90km that was just too inviting as we passed “El Beer” and a coke stop. Alcohol is forbidden in Sudan, so the term is something else. At 120km time for a second coke stop and then I was a bit slow cycling last kilometers to camp at 149km.

A refreshing soak in the Nile felt good, though also noticed some biting flies near the river.