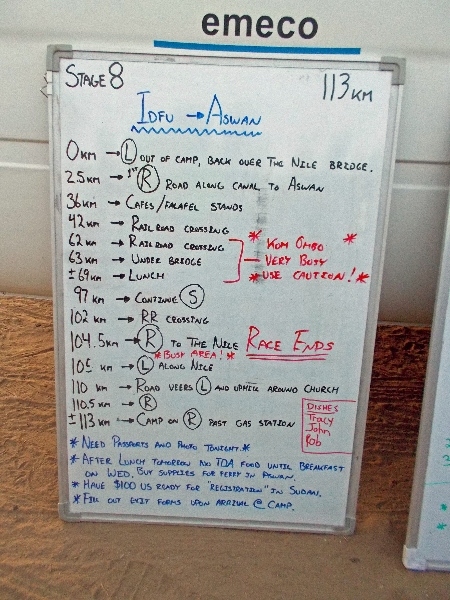 Today was a slightly tougher and also warmer ride. However, the morning in particular we had some fun explorations.

Our campsite was next to a dusty soccer field in Idfu. By 5am, the minarets were calling out to prayer. Not long thereafter, time to wake up and pack everything together for the ride. 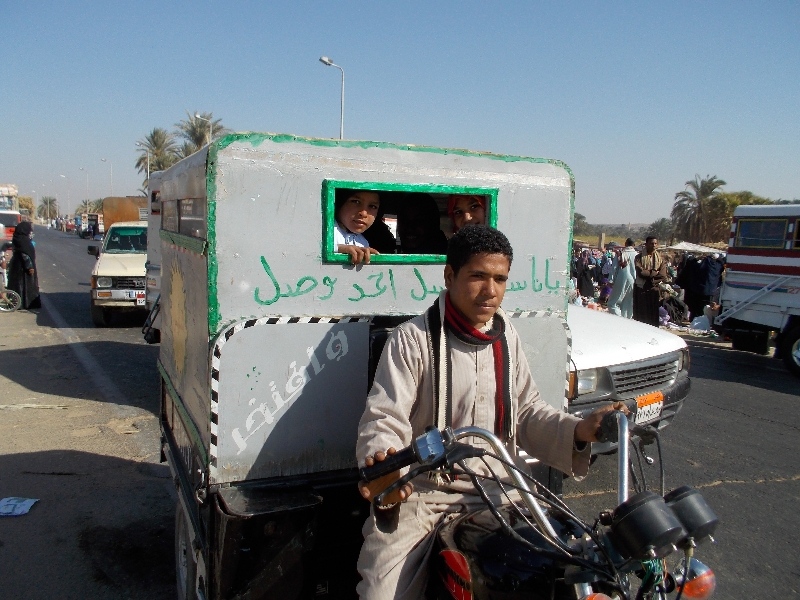 Once across the Nile, we had ~10km of road construction. I went very carefully and slowly and much of the group passed me. So ended up with group of five: one Australian, one Canadian, one German, a New Zealander and myself. Often the group mixes together more on speed than language, though for some whose first language isn’t English it can take more work to keep translating.

Our route went through multiple small towns again. Kids were a bit calmer. The irrigated area was a bit narrower, so often the town side was dusty and perhaps some fields closer to the water. We also went across some low hills. 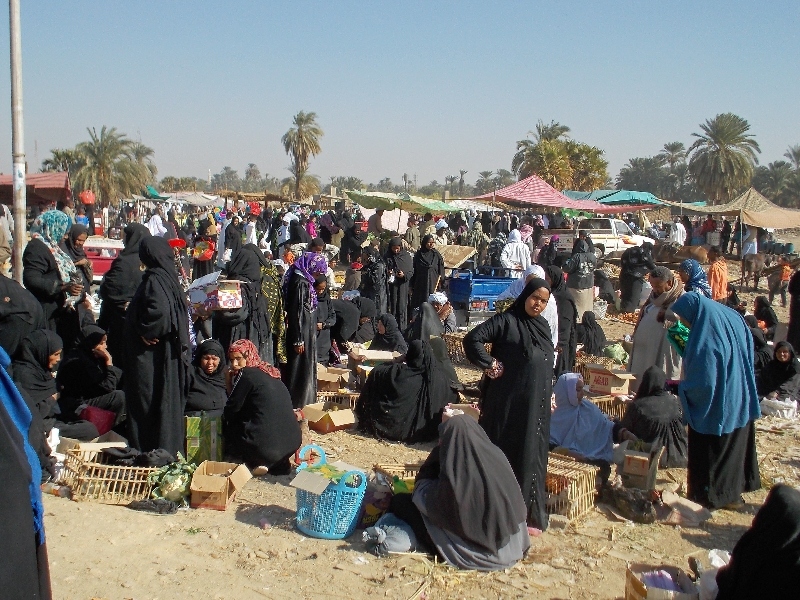 At 45km a brief coke stop with curious Egyptians. However, highlight of the morning was coming across a large market at 50km. Freshly slaughtered goat, live chickens, cauliflower, tomoatoes and others all to be had. We traded going into the market area. I also spent some time interacting with the kids. I had an Egyptian rider teach me the first few Arabic number pronunciations, so now the kids are helping me with the rest.

After a fairly long stop, we rode to lunch being almost last ones there. It crossed a busy zone. After lunch rode alone and last bits into Aswan city. The city was well built up, but instructions not too difficult to follow. A brief chance to walk along the Nile and otherwise set for a rest day. 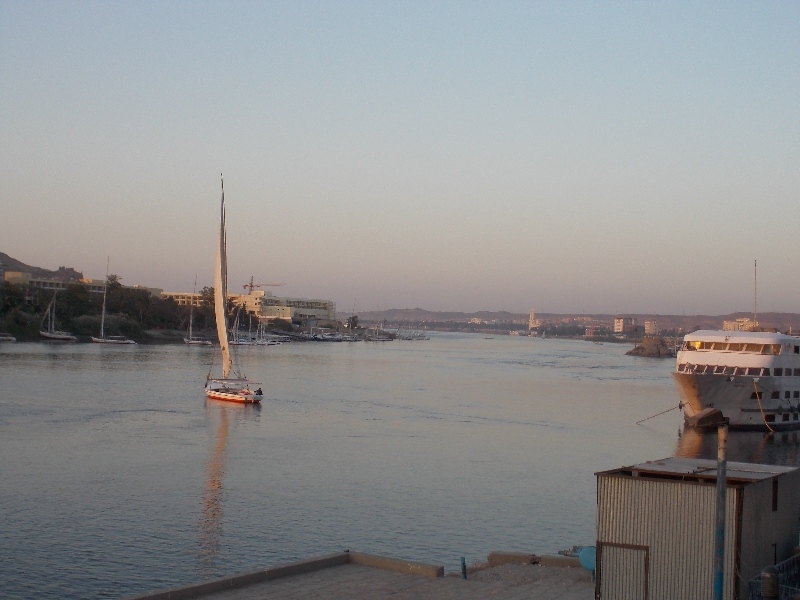