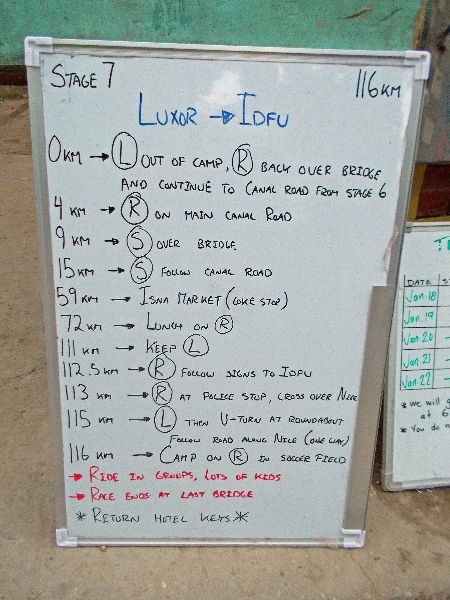 We again followed the Nile past small towns, the last of these being Idfu. Our first 4km was back to main canal road and then along the irrigated areas on good roads. Winds were light and folks were riding pretty fast. At 15km I had been mostly by myself and followed a tractor for another 10km. After this with the group until fell of the back. So the police shadowed me for a while.

I caught back up to the main group at 56km when Marco had a flat. 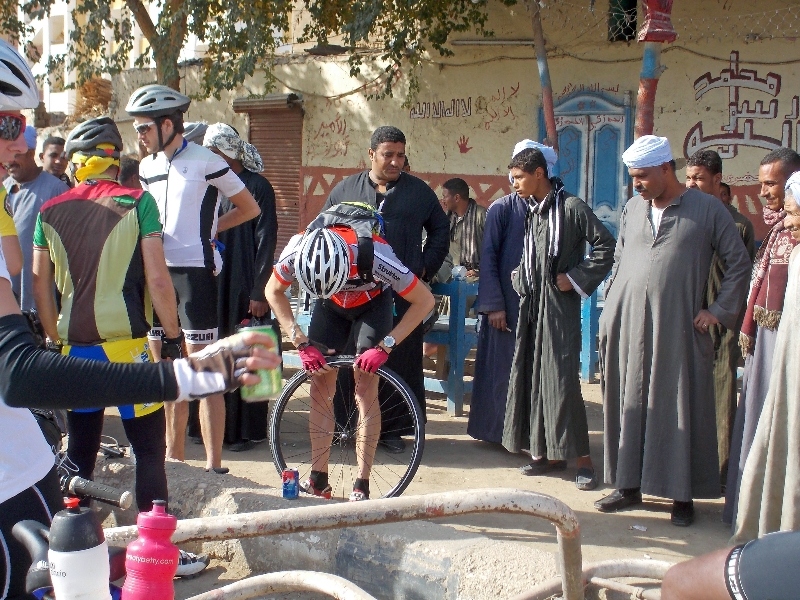 As you can see this attracted a large crowd of observers and then us watching this crowd. Not much later our lunch
stop right next to the Nile. A sign here also said “Welcome to Aswan”, presumably the province.

After lunch Daniel and I rode together, making the distance go a bit more quickly. Still it was getting hot and I said, “lets stop at the next coke stop we see”. Almost immediately, we came past a small cooler set out in hot sun. It looked suspicious but we went over and owner was glad to sell us cokes and invite us in covered awning. Just after this three more riders came past, so we becconed them to come over as well. By now a fun little conversation with owner including photo below as Tracy rode a donkey 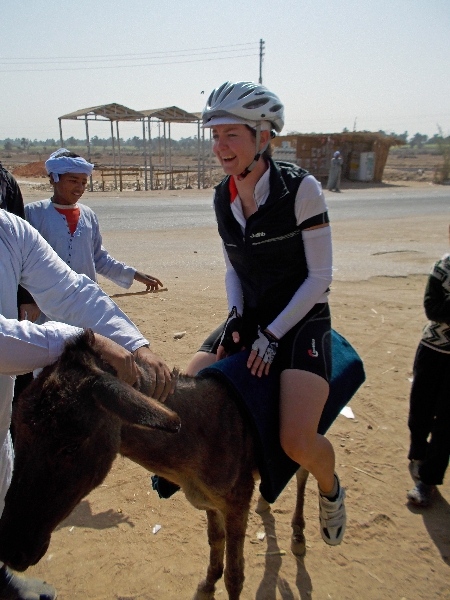 Idfu is a nice small town, so I went out exploring. Came past a number of market areas. Clear this isn’t on the normal tourist circuit, making it all the better. Overall, a fun day and glad I got in some extra stops. 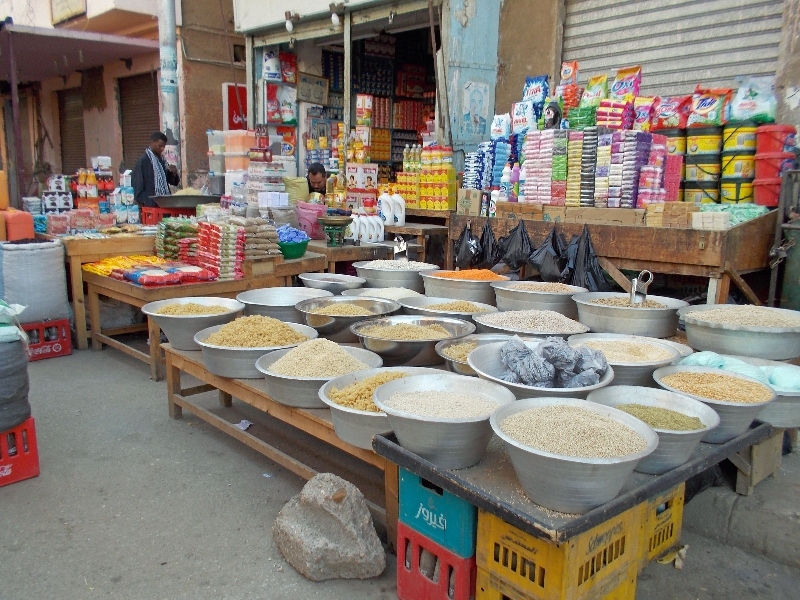 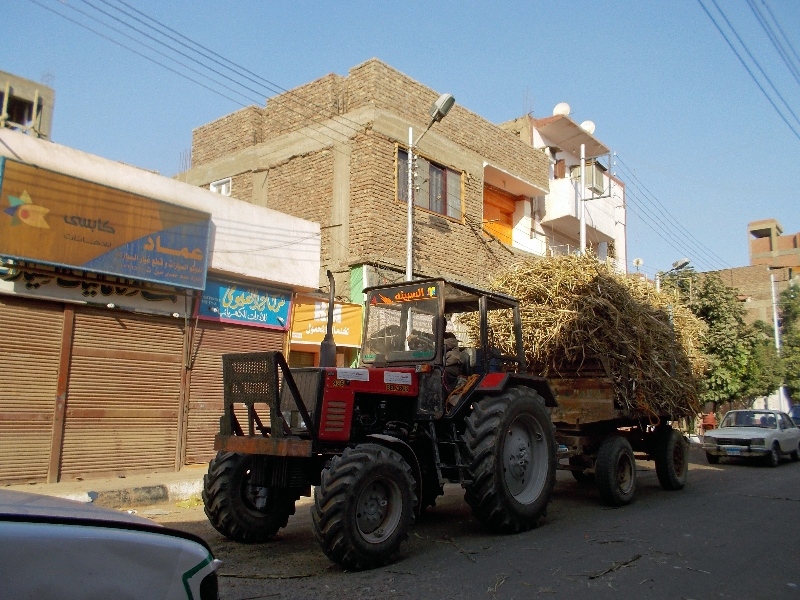