My brother Bert and I made a day trip up to Alexandria. Below are some photos:

We took the subway after finally getting my Sudan visa. The subway goes directly to the railway station, though the old name (Mubarak) is being replaced with Al Shohadaa. 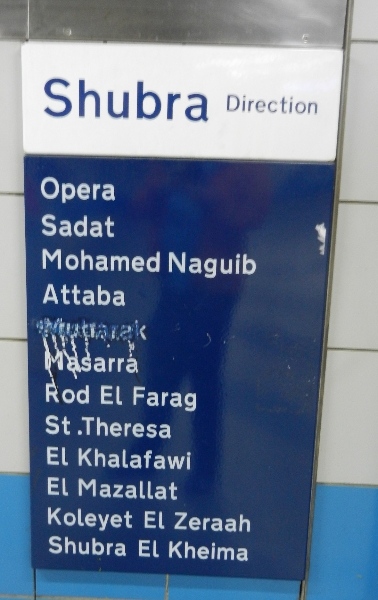 Basic 2nd class seat in the Egyptian train. We actually took two slightly different trains. Going up we took the more basic model that made several stops and took 3.5 hours. Coming back, we had a nicer train and fewer stops and did it in 2.5 hours. 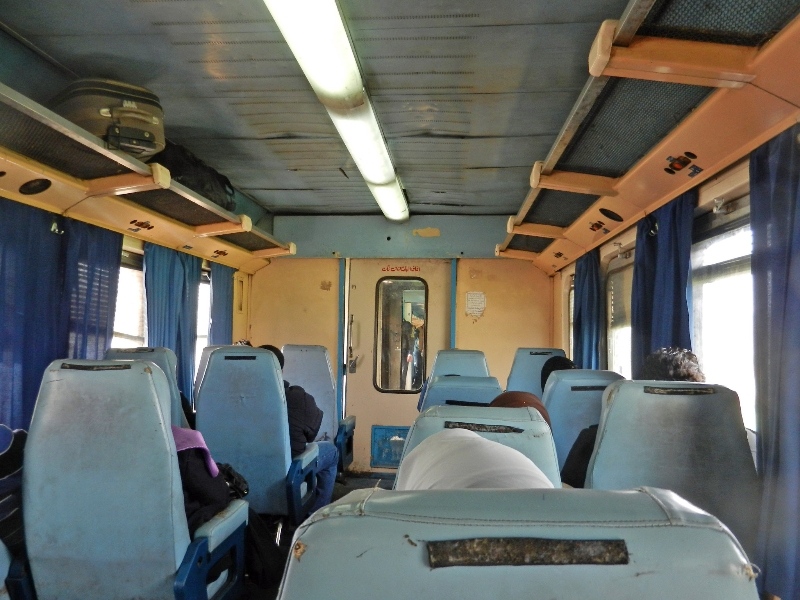 Alexandria is along the coast. Walking along the “Cornish”, one had to be careful since wind was blowing waves that would crash against the rocks and get you wet. While in Alexandria we also had wet from rain as well. Nothing too bad, but rare for the area. 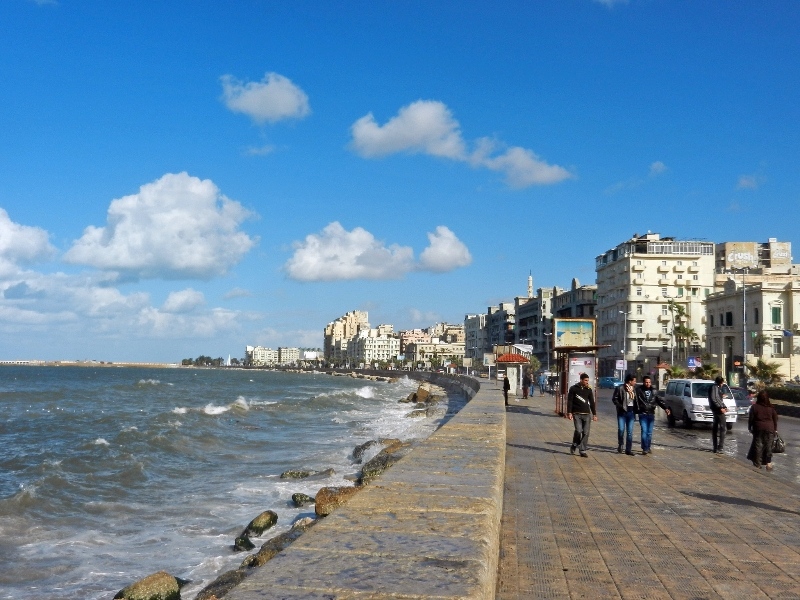 This is outside of the library building. A rather interesting architecture with six floors overlapping with a sloping roof. Unfortunately, with Coptic Christmas day, the inside of library was closed, but we did get chance to look around outside. Alexandria was where ancients estimated the size of the earth amont other things. There were sundials and other pieces outside. 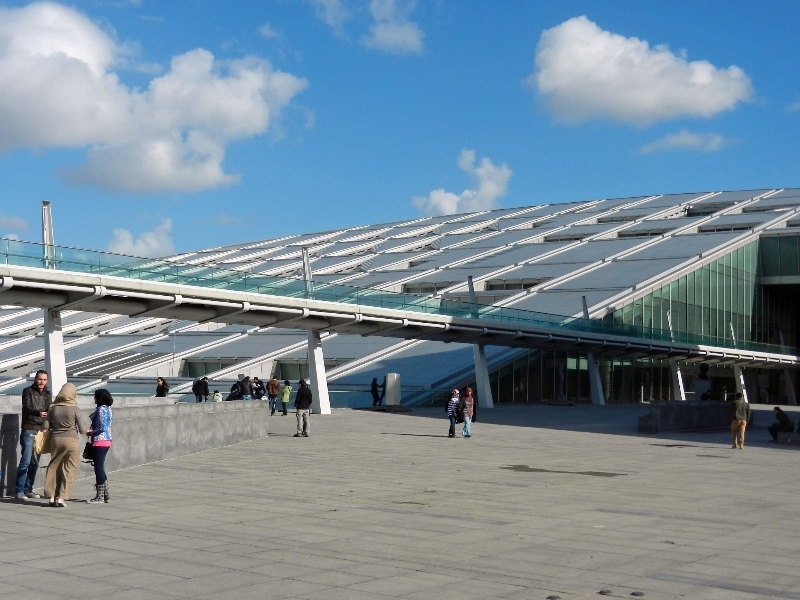 The nearby Alexandria Museum was open. It was well organized and had just enough things to walk you through a history of Alexandria including the Pharaohs (old kingdom, middle kingdom, new kingdom), the Romans and Greeks, Byzantines, Copts, Arabs, Islamists, Ottomans, French, British and others who had come through and/or ruled in the region. Definitely a crossroads with long history. 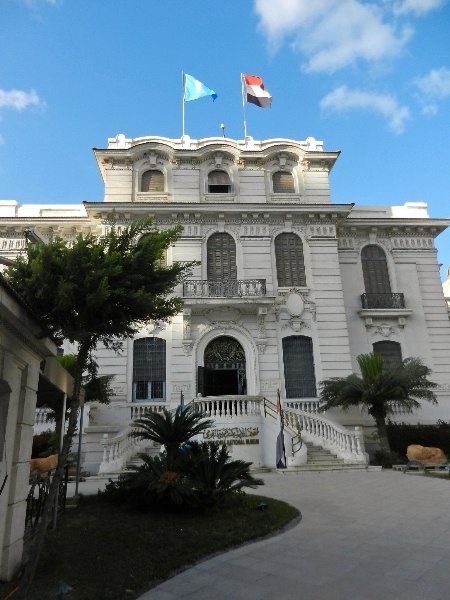 We took a little minibus (0.50 Egypt Pound) that kept picking people up and dropping them off along the Cornish. This brought us closer to tip of the harbor, as some of the boats show. 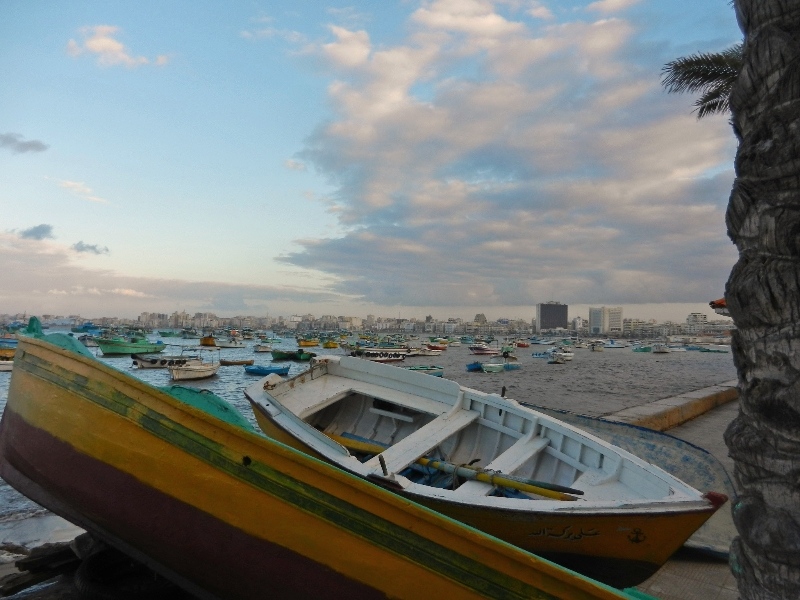 Beautiful tile mural along the way. 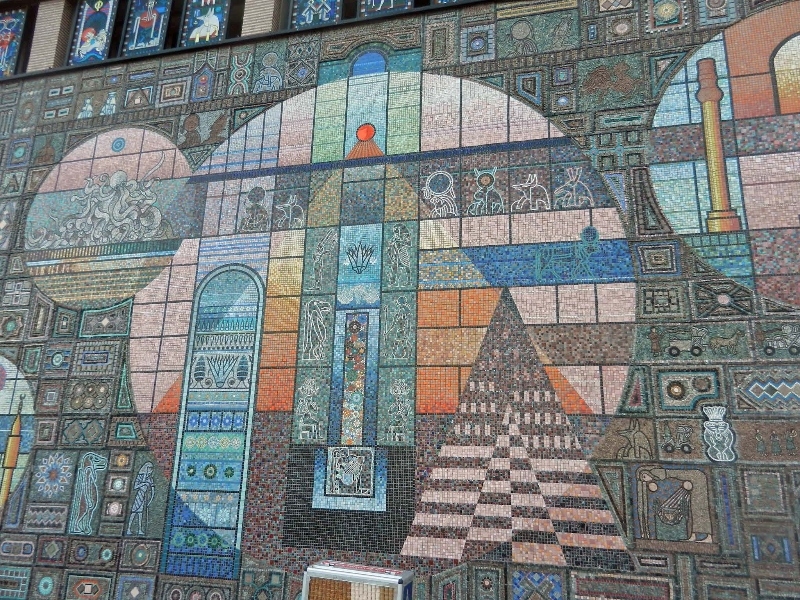 As it started getting dark, we wandered through some of the Souk (markets) in search of a recommended restaurant. 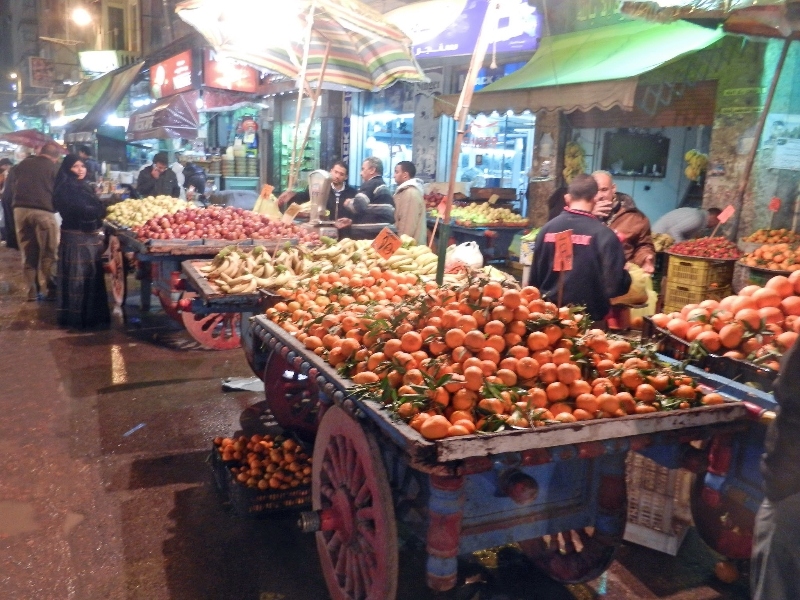 We found it, and ordered fish. However this required several steps: (1) pick out the fish you are going to eat 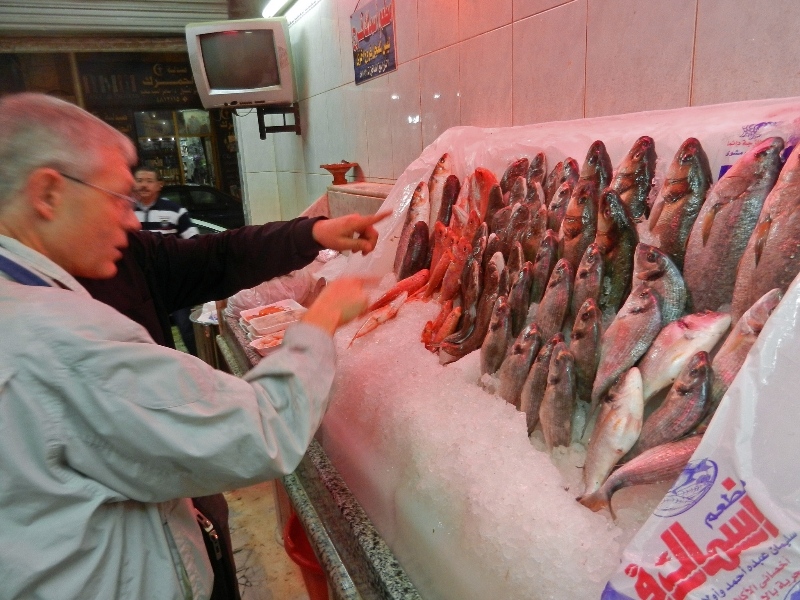 (2) Get it weighed so it is priced 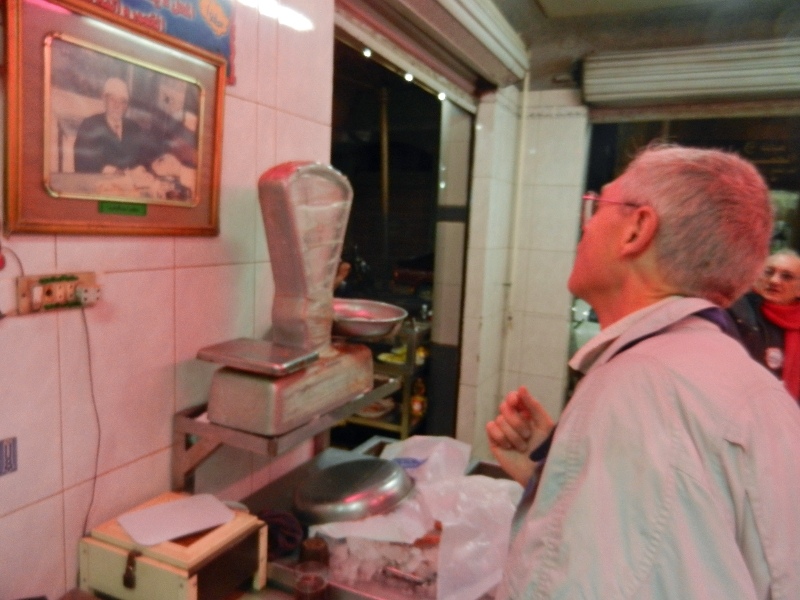 (3) Start with the appetizers while fish is being prepared 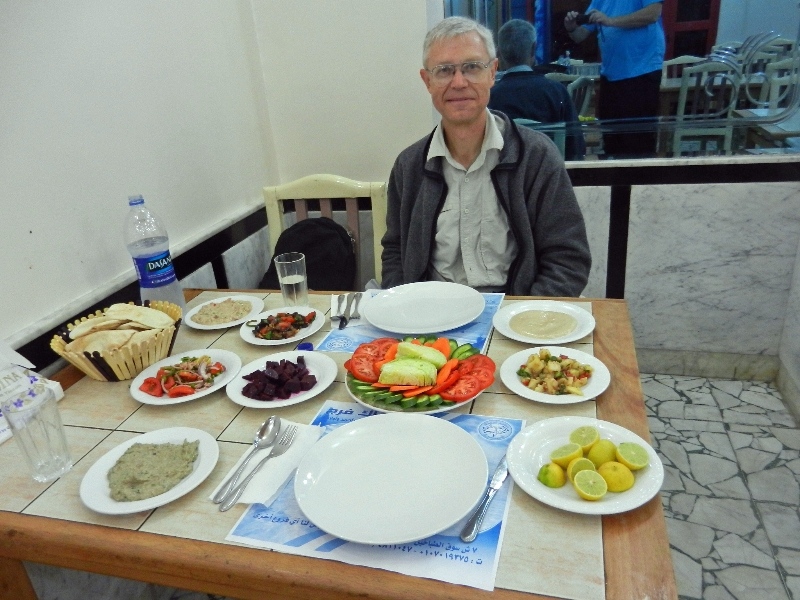 (4) Ready to eat the grilled fish 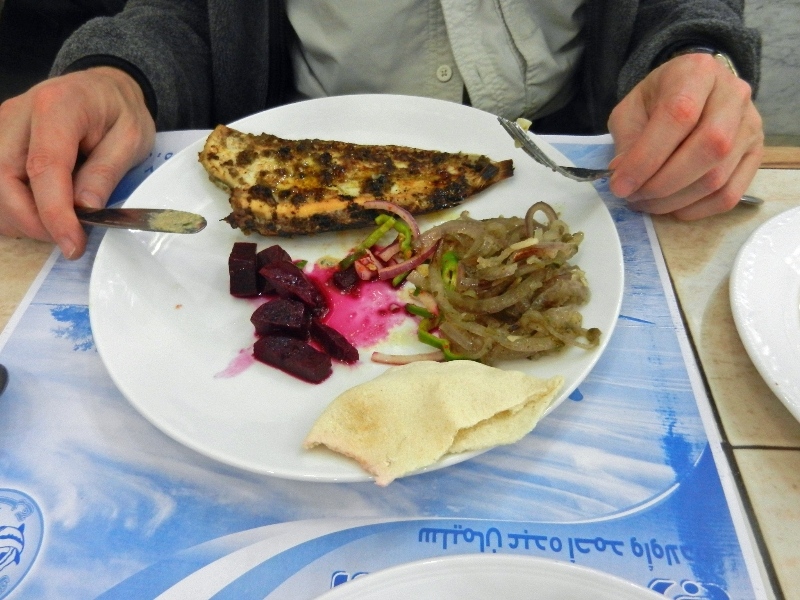 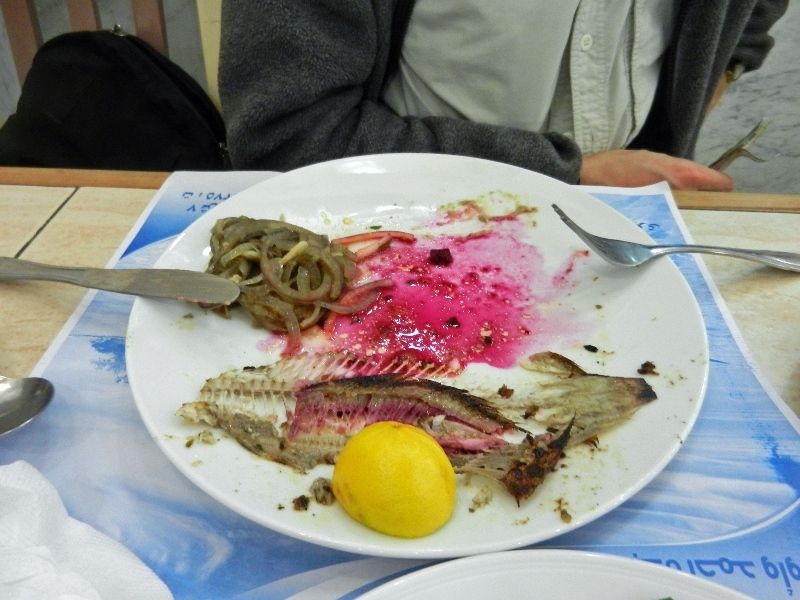 Overall, an excellent meal (and very reasonable price) for all that went into it. After dinner found a taxi to bring us back to the train station for ride back to Cairo.