Time to get my gear organized and packed for the trip. I have most everything assembled, though will use next few days to finalize the list and pick a few missing items. Everything will get placed in ziplock bags and then placed further in some panniers or other bags. I’ve erred on side of bringing too much, so more likely to leave a few things behind than add much more. Below are a few photos of most of the gear I’m bringing. 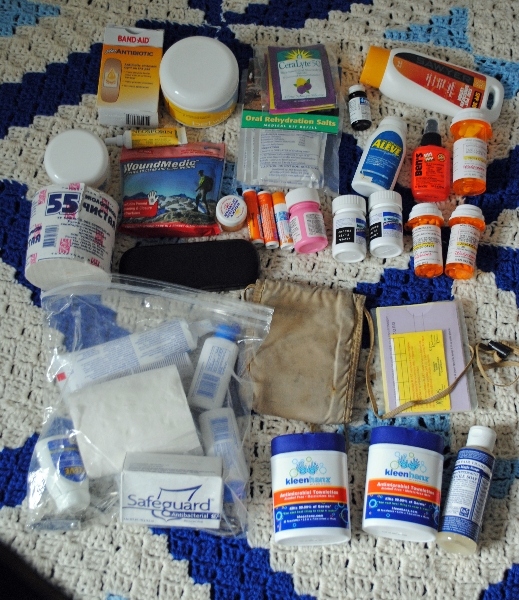 The first photo is medical and toiletries related. I’ve got my Yellow Fever certificate, malaria pills, Imodium, Cipro and Aleve. Also good sun screen including lip balm. A few different types of band-aids and neosporin might get narrowed down. There are a few rehydration salts and water purification tablets (not needed?). Some soap and antimicrobial towels for cleaning in the desert. 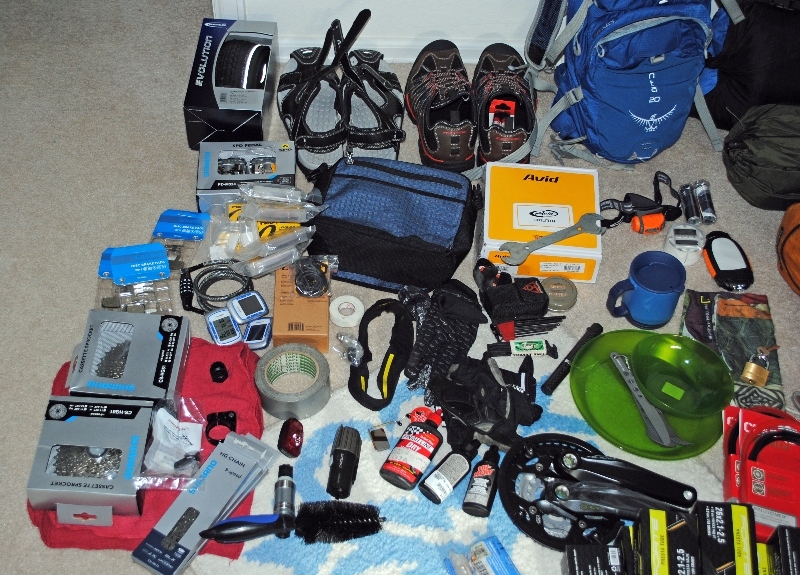 This photo is bike related, except obviously the bike, helmet and a few spare tires. While riding an odometer, cycling gloves and Camelbak. Tools for immediate fixes include tire levers, multi-tool, pump, fiber spoke, patch kits and some spare tubes. Bringing along a few cleaning rags, a brush and lube/degreaser. I hope not to need them, but also added my lights. Spare parts are probably the area I’m still most trying to figure out. I’ve got extra pedals, chains, cassettes, cables, derailleur hangler, chainrings, bottom bracket and brake pads. My bike has hydraulic disc brakes which is nice for stopping power but have a mechanical disc brake as backup since bleeding/replacing fluids can be challenging. Also not in picture are some spokes and extra rim. 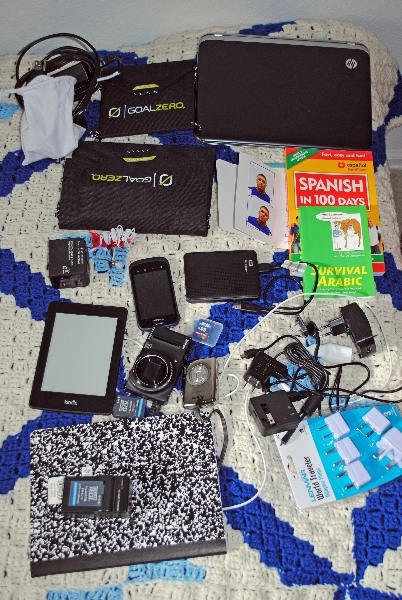 A few toys to bring along including a laptop, kindle and cell phone. Adapters and solar charger to keep it running. Camera to catch the pictures of the trip. A notebook and pens to record things when electronics don’t work. 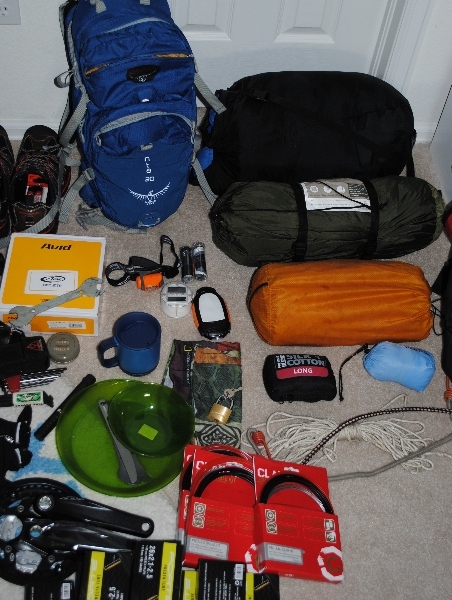 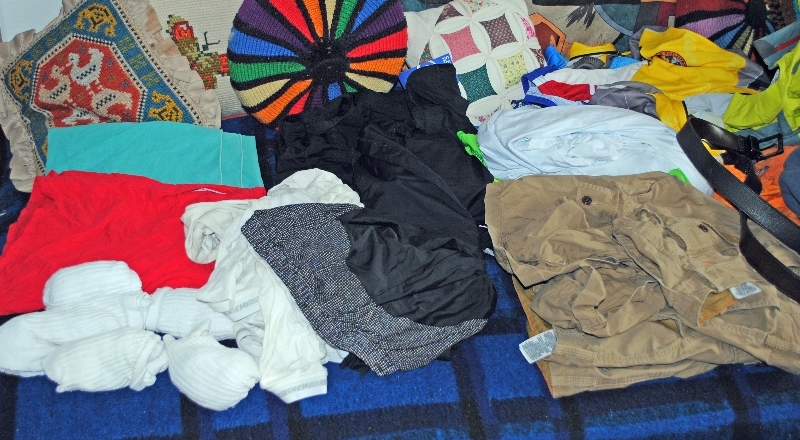 Clothing is also pretty straightforward. I’ve got swim trunks, towel, socks, underwear. One pair of cycling tights and multiple pairs of cycling shorts. Some non-cycling shorts and a nice pair of pants to fly in along with a belt. A few cycling jerseys and mostly short-sleeved shirts along with a few long sleeves. A windbreaker, light fleece and rain jackets. 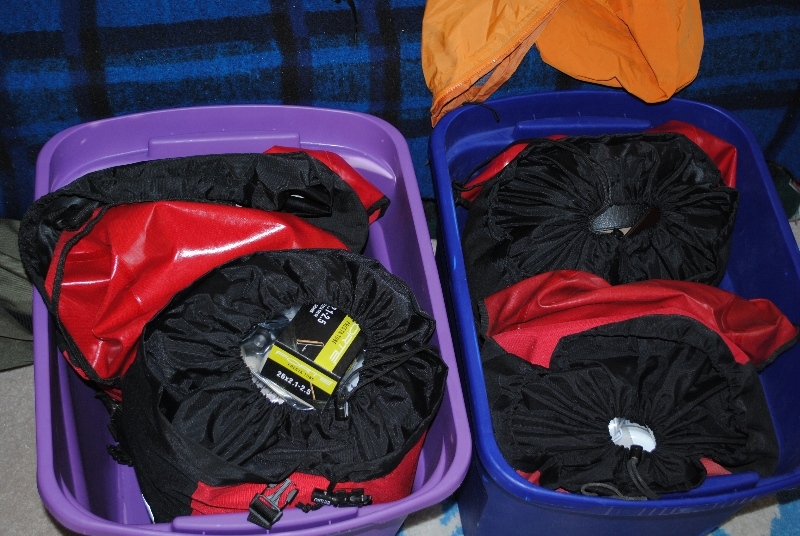 This photo is a quick update once everything is packed. Most of my stuff fits in 4 panniers: one for most clothes, one for spare parts, one for rain gear/fleece and toiletry related, one for camping gear and electronics. Not in the panniers but extra is a tent and sleeping bag and pad. The two tubs in the photo are each 18 gallon tubs and total volume of our lockers is 60 gallons, so it should it fit but I’ll be pretty close to full.