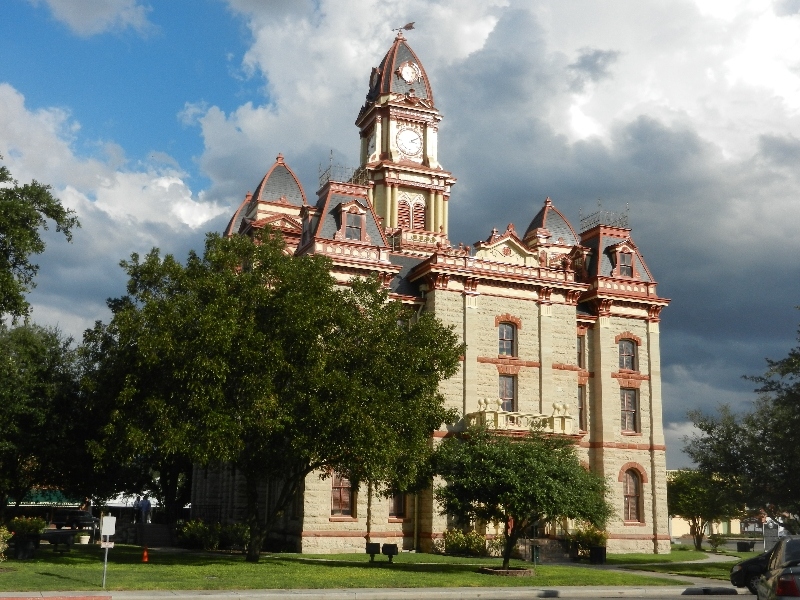 This weekend I took a training ride to the “Barbecue Capital of Texas” as well as nearby Lockhart State Park.  The distance was just over 40 miles each way, so an easy afternoon ride and then return the next morning.  Along the way, I was also experimenting with equipment, particularly contemplating what if any to bring in way of computer. 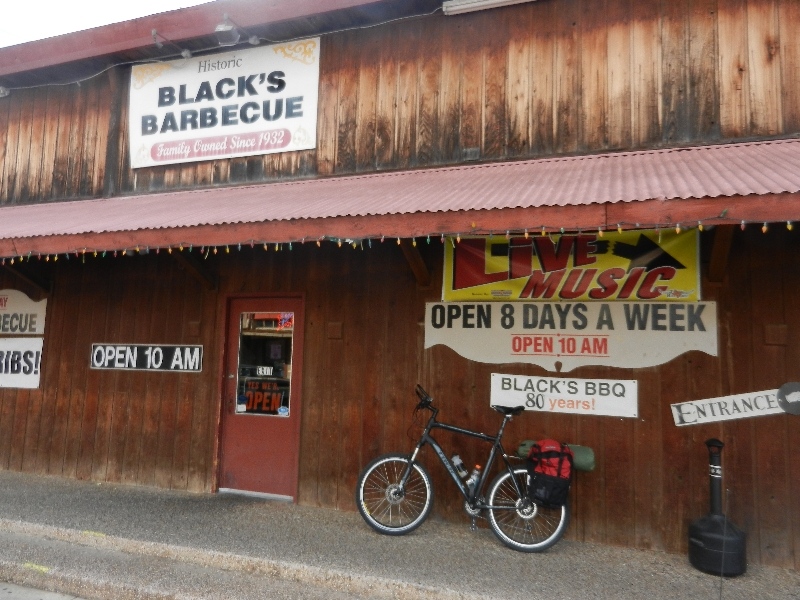 What electronic recording tool should I take on the trip if any?  This is one of the choices I am also weighing.  Since I first took a 286 Sharp laptop across the USA in 1992, my touring has often carried a small computer in netbook format (even before there were netbooks) and sometimes another device.  For example PocketMail was used to record my journals in Australia.

However, there are also good reasons to avoid taking a computer with me on this next trip.  Last year a bag containing multiple laptops was stolen.  There will be limited opportunities for connectivity and even getting power to recharge could be periodic.  Instead of a full-fledged PC, what about bringing a smart phone and sending brief SMS messages with twitter updates?

I do want to make an effort to record the trip in my journals for my own purposes as well as to put on the web.  A notebook and pen is likely journaling tool (just as I also did in Russia).  I will likely try bringing an unlocked phone with local SIM cards.  I’m wary of high data rates – so likely set that up only with wifi and SMS messages.

One experiment I am trying with this message posting is a chromebook.  That may seem like an odd choice since Chomebook is a web-focused PC and wifi/internet is likely to be sparse.  However, google docs has a good offline mode and the processor has long battery life.  This weekend is an experiment to try such offine edit and then cut/paste when I get back to a wifi zone.  Still have to see and sort things through.