While my choice of tent and bicycle are reasonably settled, I’ve been experimenting with some other pieces of equipment.

The first is a set of dual sided clipless pedals.  Up to now, I’ve done all my cycle touring with toe clips.  Toe clips are nice because you can use them with most any shoe and hence don’t need to bring along both bike shoes and off-bike shoes.  However, advantages of clipless is both efficiency (feet to pedals on both up and down) and safety (for new users, feet easily leave once turned).  The pedals I got have both a flat platform side and a clip side.  The shoes have cleats that are mostly recessed, so aren’t too bad to walk short distances. 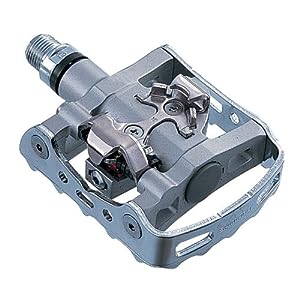 So far, so good with the pedals though has taken some getting used to and I even fell once clipped in since didn’t realize clip had attached.

The other equipment has been an inexpensive wireless computer.  I already have a GPS based computer (actually two so can switch off), but battery life is only about 15 hours before it gets recharged from USB.  I’m going to have go longer than that with recharging so found very inexpensive basic odometer that I’m trying out. 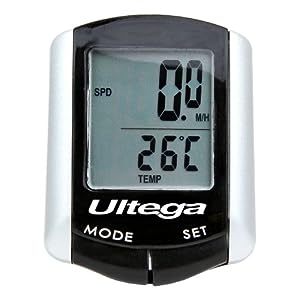 So far, this one also seems to work fine.  Cycling each day to work and each weekend in the area is giving me good chance to try some of these smaller parts of equipment as I prepare the overall equipment list.