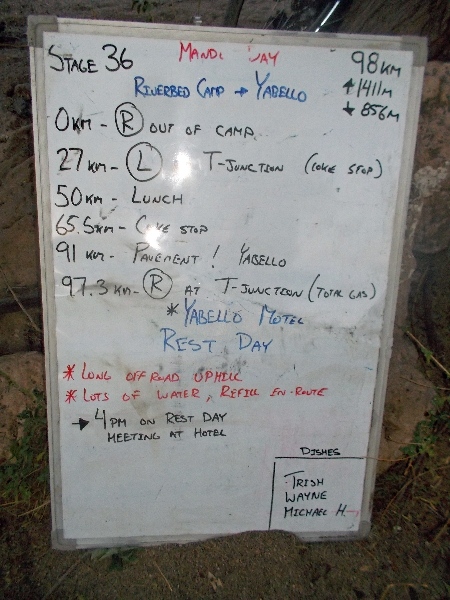 Today was a challenging ride both because of 1600m of climbing and because 91km of the ride was off road. The gravel road was better than yesterday, but still took some careful riding to keep a “line”. As a result, I rode the first 50km to lunch and then took the truck into Yabello.

The moon was almost full last night, which is always nice to see. This morning I was ready with bike for our gravel road. The first few km the road was slightly narrower since dump trucks had placed extra fill. Those same dump trucks (and a few buses) would come speeding by and kick up some good dust. A few of the grades were steep, but otherwise the road surface gave better options on where to ride. 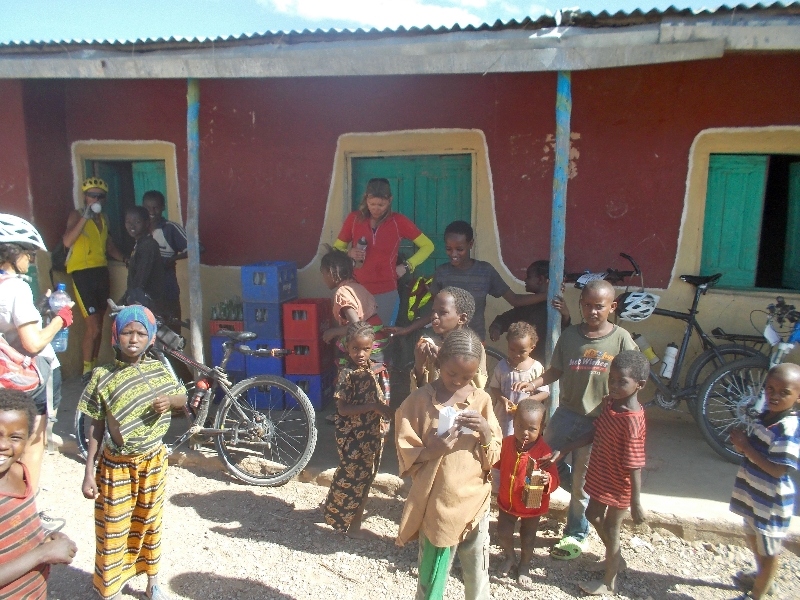 It was thus a slow ride between 10km and 15km or so. However, felt good with smoother riding than yesterday. We followed a valley across for first 10km and then started to cut across a broader plain. This brought us to a coke stop at 27km. The directions were obvious, but will still be marked with “flagging tape” as can seen by photo below some of the local kids had taken down some of the tape to fashion a wrist band. Another had a head band. That can make difficulties with our directions, though fortunately not an issue today. 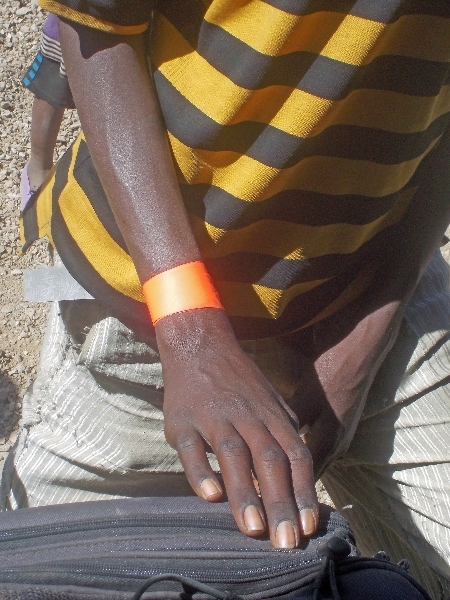 After this, the road turned more into the wind. Still fairly flat and hence made ok time riding along. There were a few more hills to climb through and then pleased to see the lunch truck on the right. It was already past 12pm and the afternoon promised a bunch more climbing, so decided I’d seen enough gravel for today and took the truck. I was joined by three others (and we picked up four others along the way; also some who started at lunch). 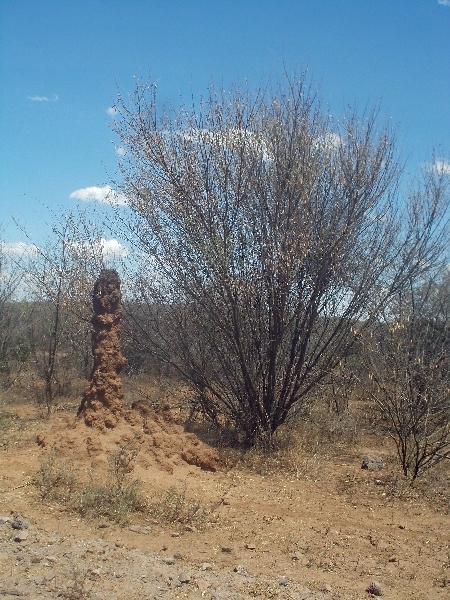 The road from here climbed more and also came along some large termite mounds. The highests of these were in excess of 3 meters high. The road also had a steady climb and was coming in more to the heat. We stopped briefly with truck at coke stop at 66km and noticed more women with tribal dress today. After this continued slowly on with brief intermission while lunch truck had a flat that was changed. 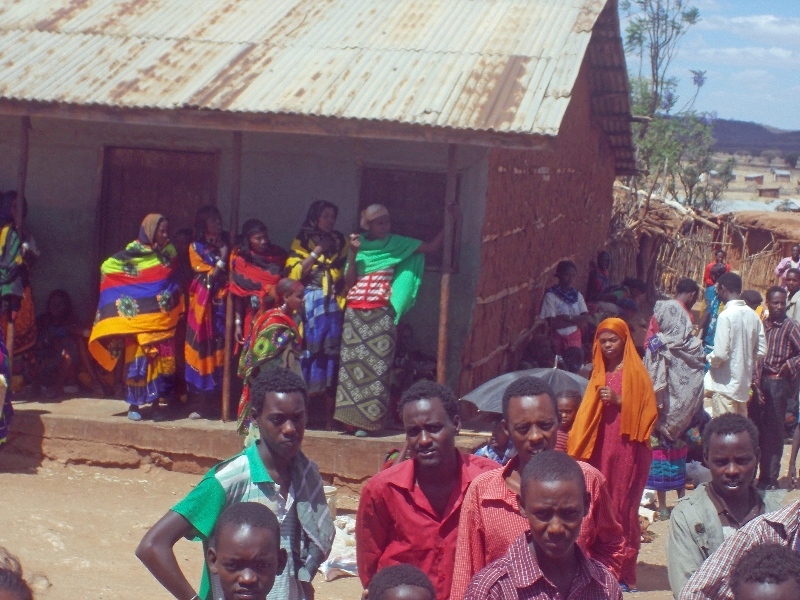 After this came over last set of hills and then down into Yabello. The town is a bit spread out and we are located at motel near road junction. There isn’t much at this part of town, so will be quiet rest day here as we tune bikes and otherwise get ready for border crossing and rough roads ahead. 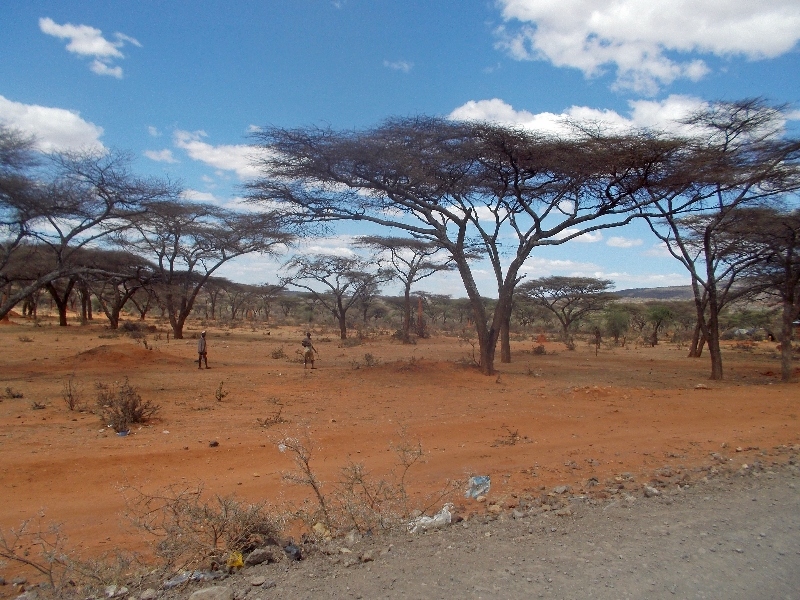