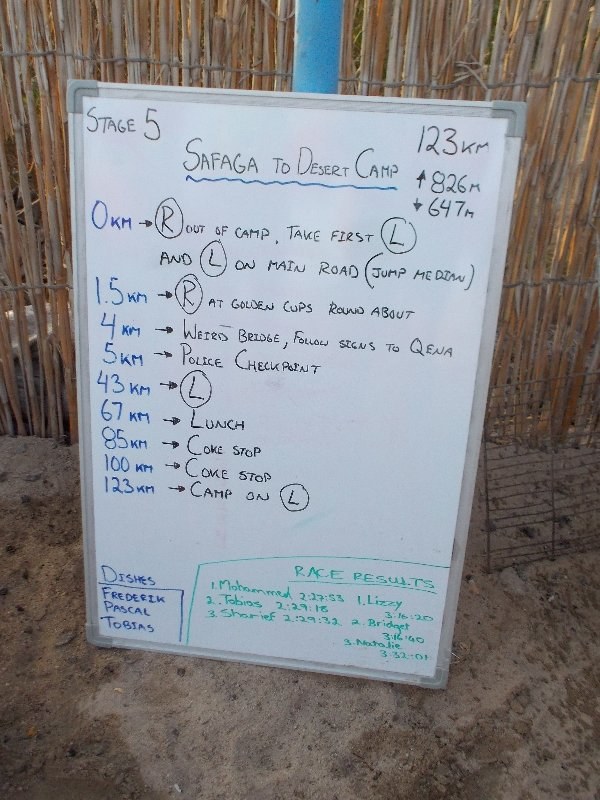 Beautiful crescent moon rising over camp. Today we left the coast and climbed over some low ranges of hills. We also had our first experiences with road construction, Egypt style. In total it was 800m of climb, so still not very much. 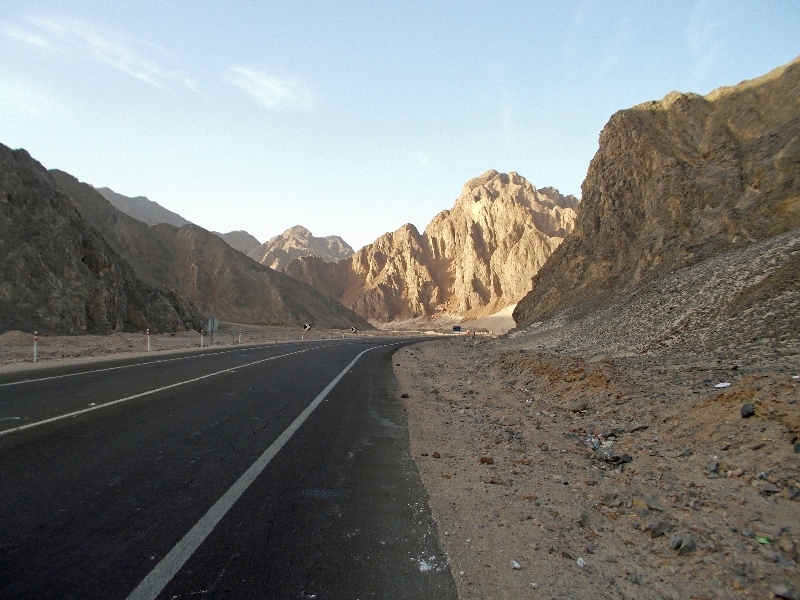 We left the beach resort and nice to be on the road again. A few turns through town and then past a toll booth at 5km. Here we saw our first instance of road construction but we didn’t see more until closer to 24km. The road construction would start with smoothed out gravel sometimes wet down. After that they would put thin layer of tar followed by two layers of asphalt.

We cycled in all different stages of road construction since these would be shorter intervals of 5-10km of each different type. The Egyptian traffic would pick and choose their routes, sometimes riding on both sides of us. Generally still had enough room but there was less order to road than you’d see in USA.

Once I reached the top of the first climb near 40km there was partial descent and across a broad valley before another shorter climb. A descent from here into lunch. This area was still very arid, though my bike got muddy shortly after lunch after coming across construction area where water trucks had just passed. 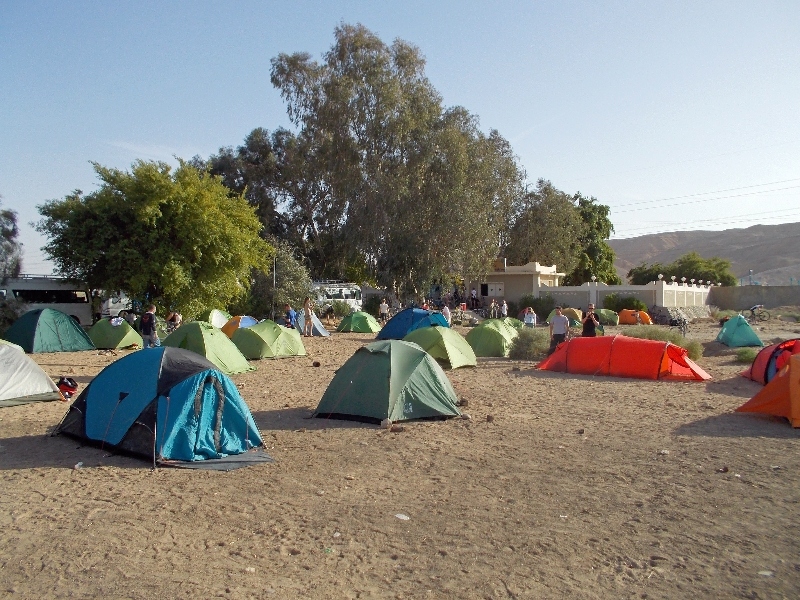 Winds mostly calm but slight headwinds as came last kms into camp. Still made it by 2:30pm so a reasonable and not too difficult day. We camped beside police checkpoint and could hear trucks revving up and down. Still had surprisingly good sleep after full day of exercise in the sun.