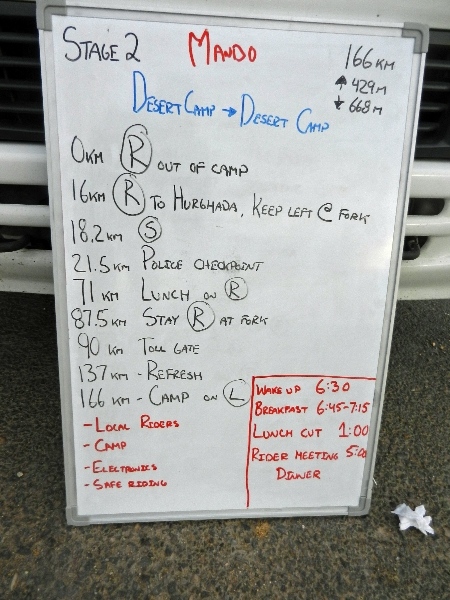 Tailwinds! Today was the first designated official “mando” day, where mando means mandatory for those racing to win. Tailwinds helped us along and was told this was first year in a while that everyone was able to complete the full 166km distance.

Winds were calm as I started a little after 7am and descended on the road the first 17km to the coast. From here we headed southbound on major highway. Initially the hills were close nearby and we came along many small resort areas. Some had names like “Cancun” or “Santa Claus”. I was told these were more local resorts as closest places people from Cairo could escape to the Red Sea.

However, after 50km the hills gradually left the coast. We came up to lunch stop at 70km. After lunch, the tailwinds increased and kept blowing along. A brief “coke stop” at 90km since I wasn’t certain how much I’d find after that except for a brief stop TDA had at 137km. 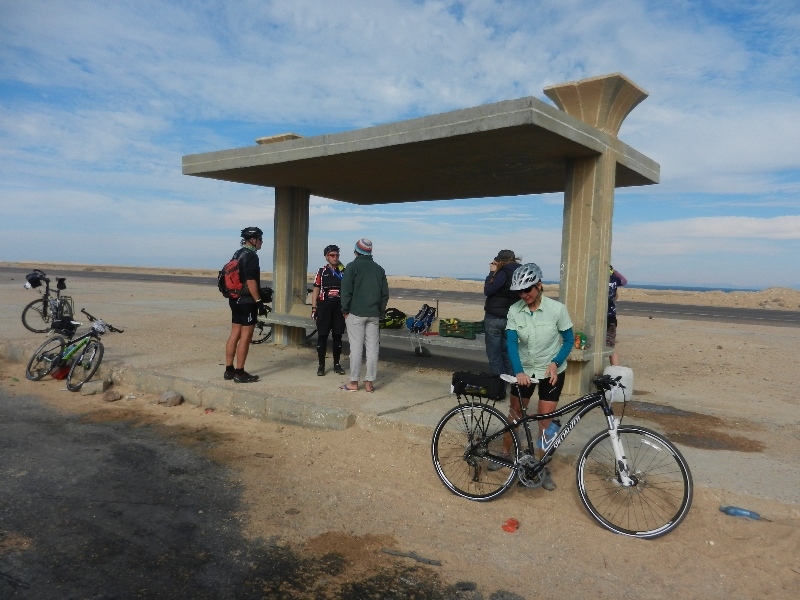 The Red Sea kept to our right and in shallow areas the water was almost turquoise. It was about 3pm when I showed up at camp after a surprisingly easy long day and one I had anticipated for a while. 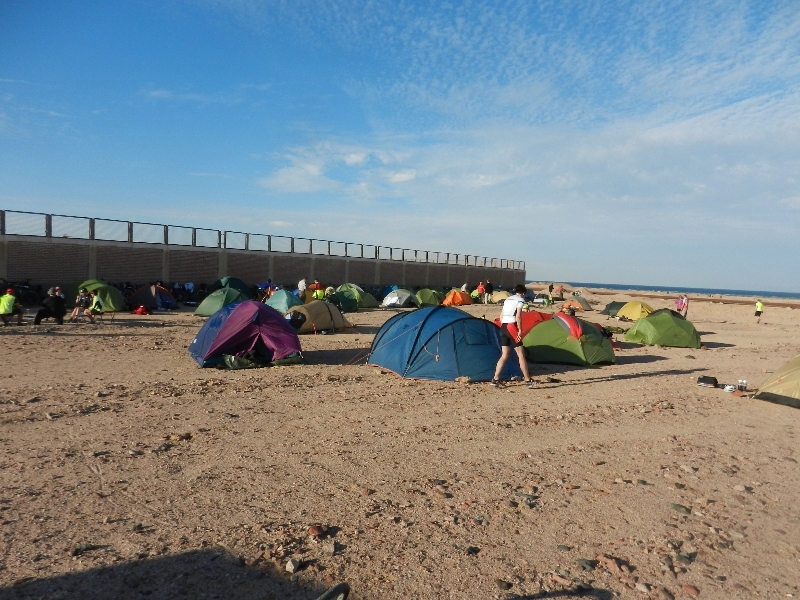